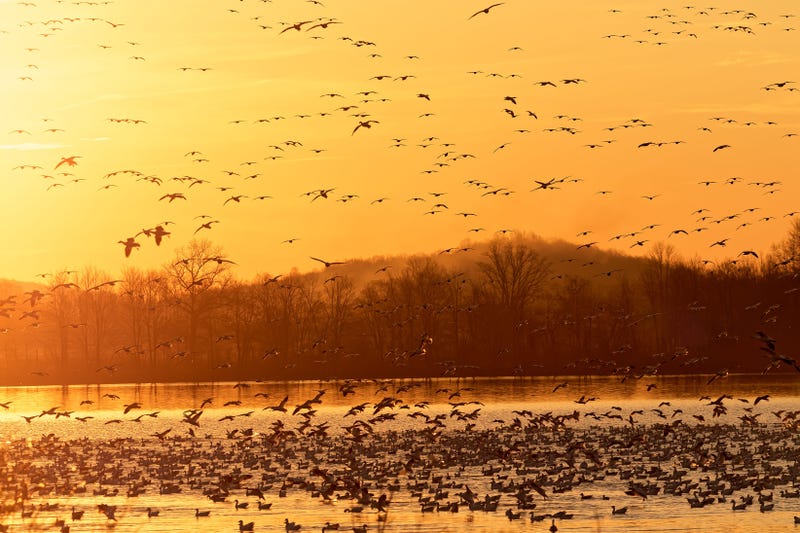 Aren’t birds the best? We share our sandwich crusts with them from the park bench. We squirrel-proof our regularly replenished backyard feeders to keep our feathered friends chipper and chirpy.

We need to step up our game, though. A major study last year warned that North America is experiencing a "massive reduction in the abundance of birds," part of an even broader mass extinction worldwide. In the U.S. and Canada alone, the overall avian population has fallen by 29% since 1970, or nearly 3 billion birds over half a century.

Ornithologists place the blame squarely on pollution and loss of habitat, but are also trying to stay ahead of the possible impacts of climate change. Warmer, wetter climate, according to a recent study, could make birds and other animals more susceptible to diseases that their immune systems aren’t equipped to handle.

Patrick Eddis and his colleagues on the Springfield Township Environmental Advisory Commission have introduced several programs to mitigate climate change effects that are already evident and to preserve wildlife habitat for the future. One of those programs is Bird Town, in partnership with Audubon Pennsylvania.

Springfield Township is one of dozens in southeastern Pennsylvania to take the Bird Town pledge to commit to conservation projects and promote wildlife habitat. “It’s really to raise awareness so that people know that the township is serious about its environmental commitment and conservation overall,” Eddis said. “It goes well beyond just birds. It encourages residents to provide habitat in their yards not just for birds but for other wildlife as well.”

The program promotes a multi-faceted approach to caring for the world that’s home to birds and the rest of us.

“So, you can put a birdhouse up, that’s perfectly acceptable,” Eddi explains, “but you’re also growing native species of plants, not just strictly ornamental flowers. The ecosystem is entirely connected, right? So, you need native plants for native bugs to thrive, and if you want your native birds to stick around, you’re going to need native bugs around for them to feed on. So that’s part of what Bird Town does, promote the idea of interconnectivity in the ecosystem.”

The curators at The New Jersey State Museum in Trenton also hope to “inspire an appreciation of birds and their importance in our world and the need for continued wildlife preservation in the future.” The new exhibit, "Fine Feathered Friends: Birds as Mainstay and Muse," features some 200 ornithological specimens and cultural history objects inspired by them, with wooden decoys and lifelike ceramics arranged around the taxidermy. It’s the only way to see extinct species like passenger pigeons and the Carolina parakeet.

The best inspiration, though, comes from grabbing the binoculars and your coffee and getting as up-close and personal as the birdies will allow. Most nature centers in the area hold some kind of walks that involve bird-spotting, but you might like to flock together with fellow enthusiasts.

Bird Philly organizes bird-centric events in and close to Philadelphia to get residents connected to the winged world and all of the nature within it. They’re hosting an expert-guided bird walk Sunday, Feb. 23, at FDR Park (one of the top three birding locations in Philadelphia) and one Saturday, Feb. 29, at the Discovery Center in Fairmount Park (also a birding hotspot, according to BirdWatchingDaily.com).

Free Saturday morning bird walks resume in March at the mecca for local birding, the John James Audubon Center at Mill Grove, where 5 miles of trails are open for the keen-eyed birder year-round. There’s also an excellent museum and a barn full of non-releasable wild birds that live out their lives there in between educational trips to show off as avian ambassadors to schools and organizations.