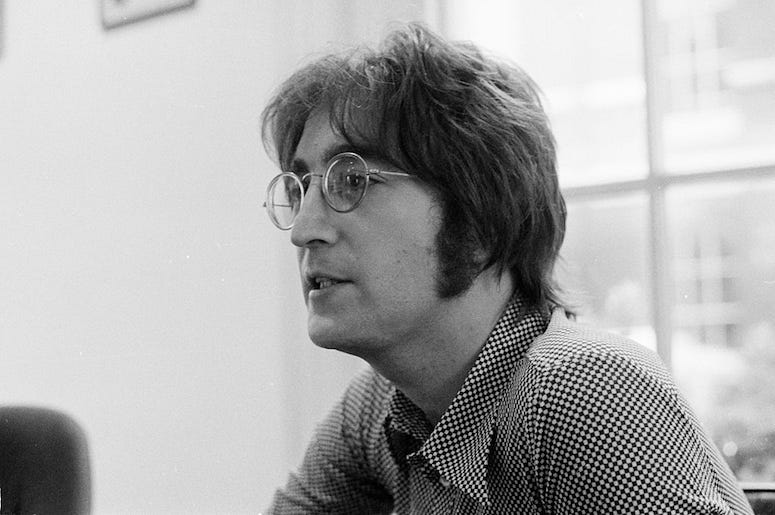 December 8 will mark forty years since John Lennon was murdered in New York City. Just days before his death, Lennon took part in an extensive interview that would become the last one he ever gave.

Lennon’s Last Weekend goes inside that fabled interview between John Lennon and BBC Radio’s Andy Peebles and explores the wide-range of topics Lennon opened up about in the hours leading up to his death. Unlike other documentaries about Lennon or The Beatles, this film offers a unique perspective on the icon that doesn’t place his music at the forefront.

“There’s a lot more to John than just his music,” Director Brian Grant told RADIO.COM in an interview. “He was an activist, an activist for peace, and a better world. I tried to balance the songwriter with that activist and the humanitarian, he was the ultimate humanitarian if you think about it. But, he was a flawed character as well.”

That reason is why you won’t find in-depth analysis about Lennon’s prowess as a songwriter or his impact on musicians worldwide. “There are loads and loads of films about Lennon highlighting his music and I just felt that wasn’t necessary to get to the root of the matter,” Grant says.

Part of the power of the documentary comes from how open Lennon was in the interview. When Grant first listened back on the tapes for this film, it was the first time he’d heard them since their release forty years ago. “I was really struck by how brutally honest Lennon was. He was never shy about coming forward, but John was so honest about everything good and bad,” he says.

“That’s what struck me the most, it was very emotional listening to it the first time.”

Grant credits Andy Peebles with creating an environment where Lennon was able to open up. “One of the things I thought was very telling was he [Lennon] was homesick,” Grant says. Lennon had been living in New York City for five years and was afraid to leave America because he didn’t think he’d be let back in.

“The great thing Andy did,” Grant says. “Andy’s a fellow Brit, he’s also from the North of England, and he managed to create an atmosphere to which John just opened up.”

The film takes a look at difficult topics in Lennon’s life like his addiction to heroin and his difficulties having a child with Yoko Ono. Grant wanted to address these issues that haven’t been documented much to this date.

Those topics, along with many important events in Lennon’s life, are on full display in the documentary. “John didn’t shy away from the questions,” Grant said.

The film also gave Grant the opportunity to share his memories of Lennon’s murder. “I remember exactly where I was,” he says. “I was in a production office in West London, just about to make a music video with Spandau Ballet if I remember rightly. I got a call from a producer friend of mine who told me the news. Of course, we were all shocked. He was the leader of our generation, it was shocking.”

“I remember going down to the pub that day for lunch, which is what you did during those days, and this was normally a very lively pub. That day, it was as somber as I’d ever seen it. It really affected everybody. This leader of our generation had been brutally taken away from us.”

Lennon’s Last Weekend is available to stream on BritBox this December.