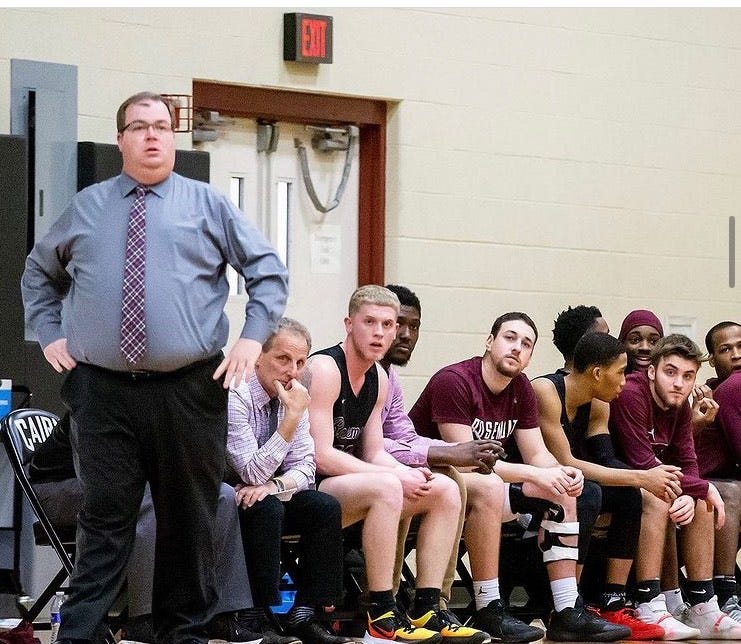 PHILADELPHIA (KYW Newsradio) — Since 2012, Bobby Hughes has been the head men’s basketball coach at Division III Rosemont College on the Main Line. He has turned the Ravens into a consistent contender in the Colonial States Athletic Conference and in 2019 he took them to the NCAA Tournament.

Hughes, a Malvern Prep product, went to college at Saint Joseph's University, where he served as a manager for then-head coach Phil Martelli's Hawk teams. He says he learned a lot from Martelli.

"I think organization and also the scouting piece of it, the ability to plan, and I think those two things go hand in hand," he said.

"I mean, he was religious about watching film, about planning practice, those types of things. He didn’t waste any time."

Hughes really cherishes being a member of the Philadelphia basketball family.

"It's everything to me," he shared. "I don't think there is a more unique group or community in basketball anywhere in the world than what we have here in Philadelphia. The history, the tradition, the players, the coaches, the personalities around the game, we all know the types of people we're talking about there, there is nothing like it.”

You can listen to the entire interview with Bobby Hughes by checking out the latest episode, above, of the KYW Newsradio original podcast, "1-on-1 with Matt Leon." Subscribe on the RADIO.COM app or wherever you get your podcasts.