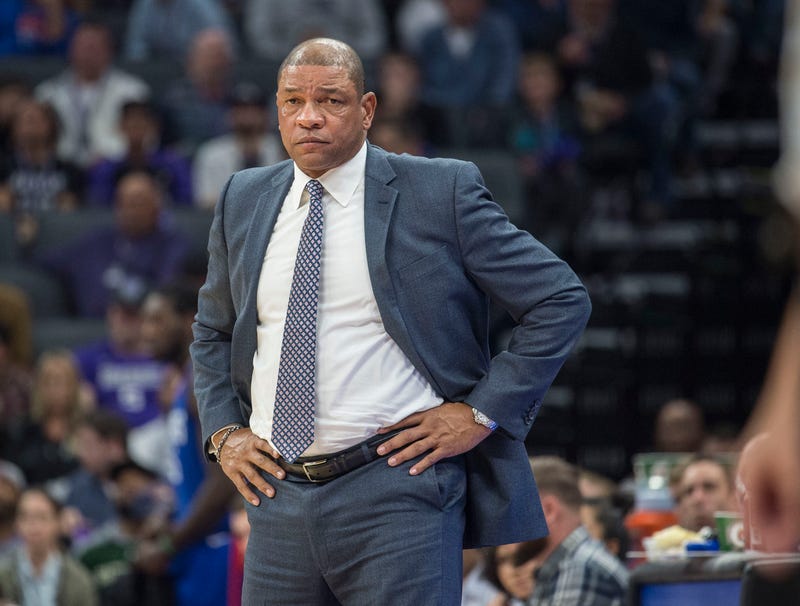 PHILADELPHIA (KYW Newsradio) -- As the Sixers went from 2019, a team four bounces and one overtime session from a berth in the Eastern Conference Finals, to 2020, a team that was swept out of the first round, many have criticized how their roster is built — some even going as far to question whether young stars Joel Embiid and Ben Simmons can play together.

But new head coach Doc Rivers is looking forward to working with both of them, and it doesn’t sound like he wants to change what they do. 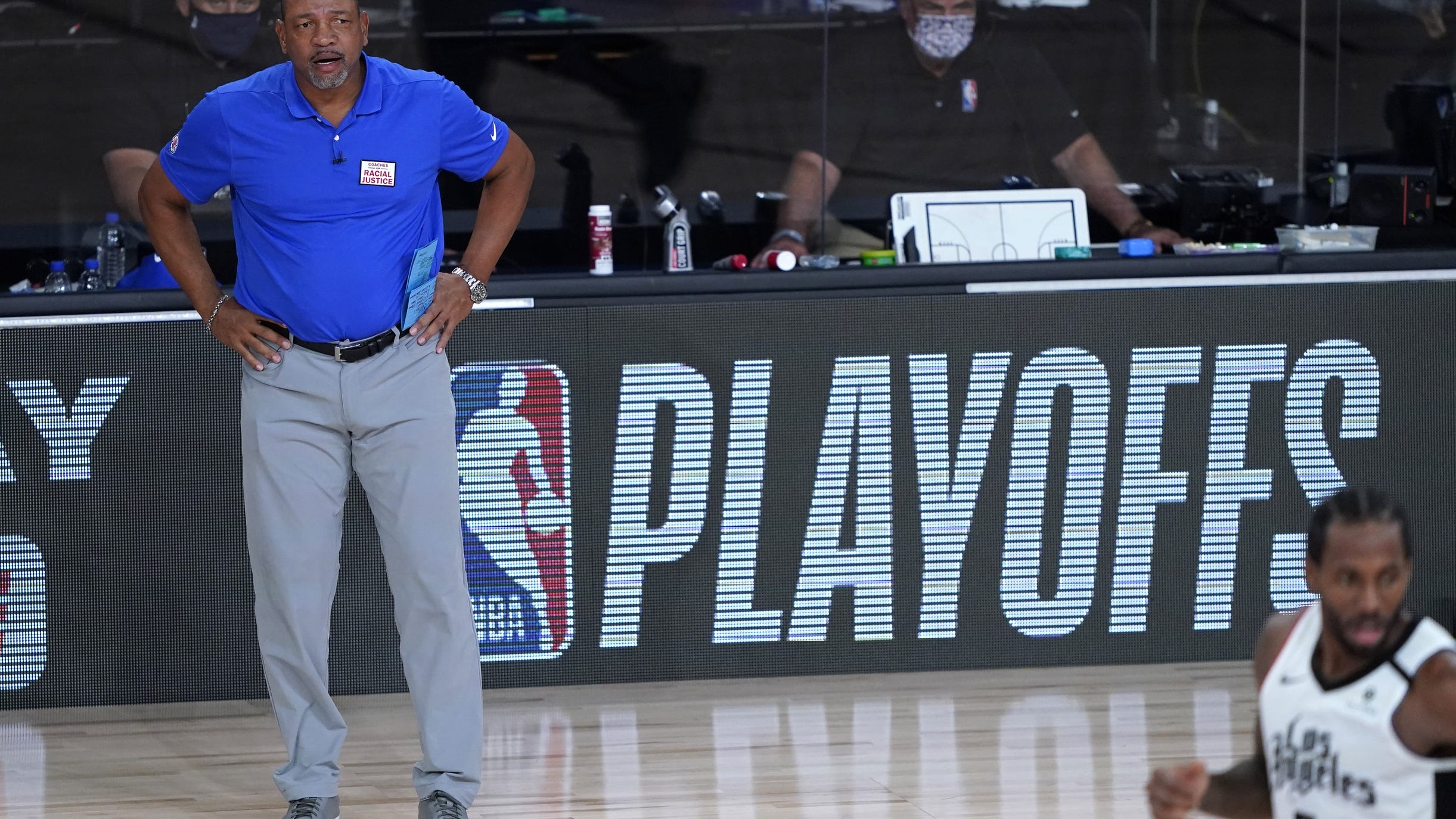 ‘This is a historic organization’: Doc Rivers on why 76ers was an opportunity he couldn't pass up

“They’ve won 65% of the games that they played in,” Rivers said in his introductory press conference Monday afternoon, “so it clearly works when they play together.”

Rivers got a front-row view of one of Embiid’s and Simmons’ best games together — February 11, 2020, only seven months ago, at Wells Fargo Center. Both players scored 26 points in a 110-103 win over the Los Angeles Clippers, the team Rivers just parted ways with.

Embiid and Simmons were actually undefeated against Rivers’ Clippers — both 5-0. Neither played in the Sixers' 136-130 loss to the Clippers on March 1 — which is the game in which Shake Milton introduced himself to the world by scoring 39 points on national television. Rivers mentioned Milton’s performance as well when asked about some of the younger players on the team he’s taking over.

Naturally, Rivers took a question about his reluctance to take jumpers, even though former head coach Brett Brown publicly challenged Simmons to take a three-pointer every game. The question, specifically: How will he can get Simmons to take mid-range shots?

“I don’t know yet. I’m not that concerned by it, like everyone else is. I really am not,” Rivers said. "I’m concerned about figuring out the best way to win, and if it takes doing all that, then we’re gonna figure that out.”

Rivers explained he’s more focused on how Simmons can create scoring — whether it’s by doing so himself or setting up his teammates — rather than the bottom-line point total.

“This is what I know about Ben: He’s an All-Star. He’s an All-Defensive player. And the games that him and Joel play together, they win 65% of the time.”

Rivers is also being re-united with Tobias Harris, who played for Rivers during parts of two seasons in Los Angeles, putting up some of the best numbers in his career. In addition to that, Rivers spoke highly about Matisse Thybulle’s defensive ability and, as mentioned, Milton’s breakout performance against his former team on March 1st.

“The only thing I told Shake (when talking to him Sunday night) — if he can play like he played against us in L.A., then I don’t need to say another word to him. He was phenomenal in that game.”

While Rivers' title is head coach, he has front office experience, and he said he and General Manager Elton Brand will work together.

"That's one of the things that was so exciting about this job -- to have that opportunity with Elton. I think we have a chance to build something great here, not just on the court. I actually think it actually starts off the court, and we have to get that part right.”

How much they alter the roster, if much at all, will be interesting to see. Rivers sounded very intrigued by the current makeup — hence one of the reasons for quickly joining the Sixers after leaving the Clippers. Many critics don’t believe it’s right for the modern NBA game, which is more perimeter spacing-based. The Sixers feature a taller roster than others put together. It lacks players who can create their own shot or who can make their living hitting a lot of threes.

“I spent a lot of time with (legendary Celtics coach and Hall of Famer) Red Auerbach, who used to tell me and drill it in my head, ‘If they can’t do it, don’t do it. Stay away from it. Do something else. Create an action. If you’re not a great shooting team, create more movement. Increase your speed. Play from different spots.’

“I don’t think this is a bad shooting team. I think they were ninth in field goal percentage from the three last year, so they have proven they can make shots. I want to increase the pace. I can tell you that with this team. And this team we have to get them in the Top 10 in offense, and last year, we were not.”

Rivers emphasized, “you have to be who you are. The (Western Conference Champion) Lakers didn’t worry about going small. They actually went bigger. I think the mistake a lot of teams have made is everyone wanted to be (the) Golden State (Warriors), but no one can shoot like Golden State, so to me, everyone made a mistake.”

Rivers likes the Sixers size and athleticism, as well as their positional versatility.

He told reporters he likes that the team can roll out multiple lineups that can give opponents problems.

“And that’s something we will definitely do here.”

But that doesn’t mean Rivers' philosophies don’t include trying different ways to get victories. He said there is always an opportunity to grow.

“If we’re gonna win, you just can’t keep doing what you’ve always done and think you’re gonna get different results. You have to do something different.”

Whenever the next NBA season begins, Rivers will get his opportunity to see how he can take this franchise to the level they weren’t able to reach under Brown.