PHILADELPHIA (KYW Newsradio) — It probably deserved to end this way.

An Eagles team desperate for a victory had to settle for an NFL rarity as the Birds and Bengals battled to a 23-23 tie. The loss dropped the Eagles to 0-2-1 on the season, but it certainly feels more like 0-3. A tie against a team that has been one of the worst in the NFL in recent years and came to town with a similar 0-2 record did just enough to keep the Eagles from getting their first victory of the year.

Coach Doug Pederson watched his team go through another sloppy afternoon of football.

"I told them in the locker room after the game that we weren't a very smart football team today," said Pederson. "Eleven penalties that came in crucial times. We didn't get off the field on defense and offensively, we didn't execute well enough."

The Eagles had a chance to win with a long field goal attempt at the end of regulation. However, a penalty on guard Matt Pryor forced the Eagles back five yards and wiped out a 59-yard field goal attempt. Instead of going for the first down of trying an even longer field goal, Pederson elected to punt, which all but insured the Eagles would have no chance of winning.

"The false start backed us up," Pederson said. "We said 'Hey, let's just punt it here.' We didn't want to give them the ball towards midfield." 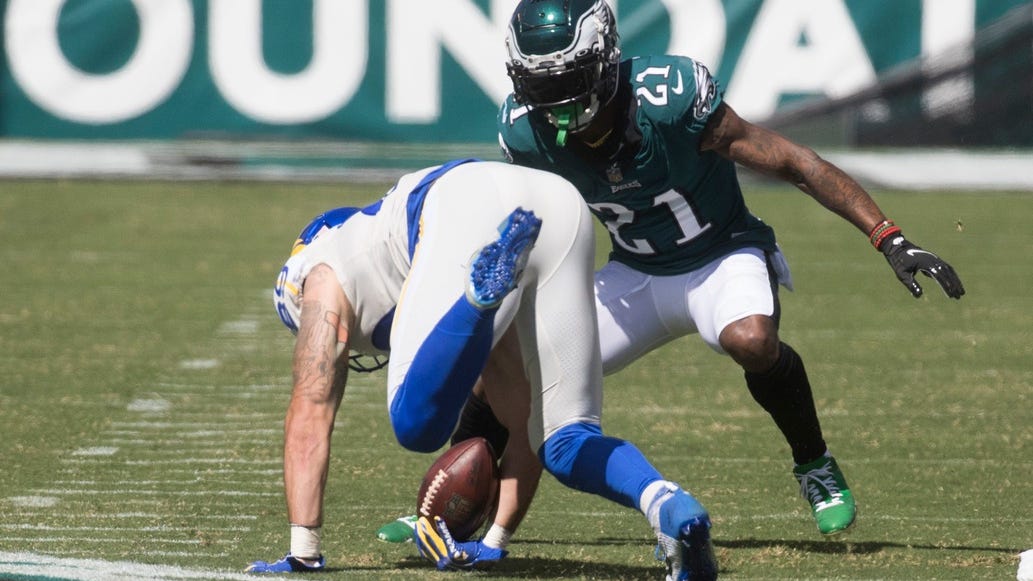 It was another rough day for quarterback Carson Wentz. Even though Wentz scored on a seven-yard run with 28 seconds left in regulation, the quarterback continued to make the mistakes that have defined his 2020 season.

Even if Wentz is better, it may not be enough to save the season. Mistakes are being made on both sides of the ball and they continue to add up at inopportune times. Defensive end Brandon Graham insists the season can still be saved even with San Francisco, Pittsburgh and Baltimore on the schedule the next three weeks.