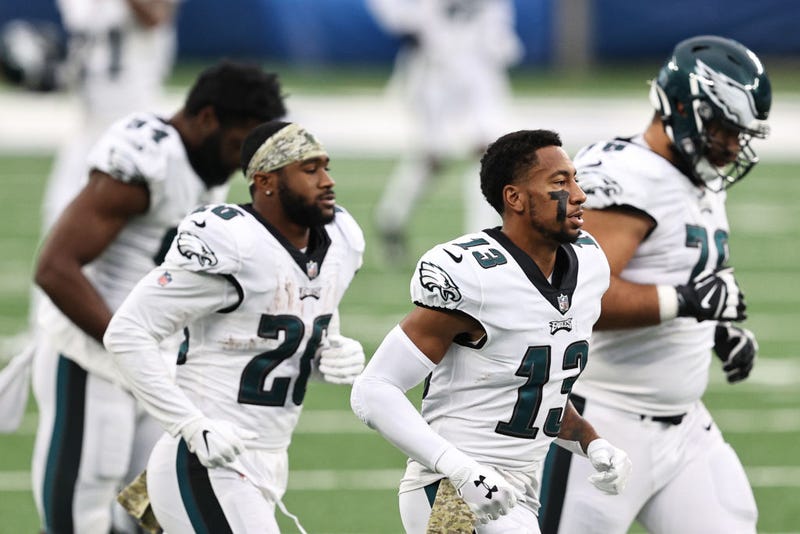 PHILADELPHIA (KYW Newsradio) — Having trouble keeping your focus working from home? You're not alone.

The stay-at-home rules have affected the Eagles as well as much of the rest of the National Football League.

The league announced that teams will be forced to deal with stricter pandemic protocols as cases continue to rise, and while teams are still working on the practice field, team meetings are becoming virtual events.  Eagles linebacker Alex Singleton never imagined there would come a day when playing in the NFL would become a work from home occupation.

"It’s just different," said Singleton. "It’s nice that we’re able to.  You talk to coaches and five or six years ago, this wouldn’t have been possible."

It has become the way teams will likely function through the remainder of the season, and like any other businessperson, it can be easy to be distracted when working from home.

For Singleton and his teammates, it's up to them to keep their focus during their virtual meetings while being hunkered down at the home base.

But not all of the Eagles' work has been from home.

They still have practice time on the field and have been hard at work looking to put last week's loss to the Giants in the rearview mirror.

"The players know that how we practice is how we are going to play on game day,” he said. “They know they have to clean some things up, and a lot of it has been addressed with the pre-snap penalties and things like that, and they've done a nice job on that."

Despite the on-field practice time, the Eagles are getting more comfortable with their virtual work from home.

As for Singleton, he has made arrangements to settle in at the home office while making sure he isn't distracted by his surroundings.

"It's up to every individual," Singleton said. "I even bought a desk actually last night so I could set up kind of an office space at my house. I'm not just sitting on the couch.”