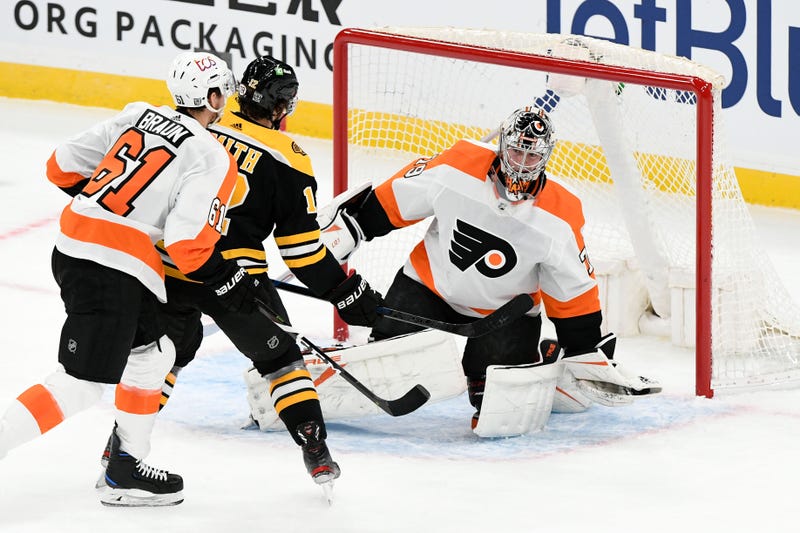 The Flyers are playing their first two road games of the season against the Bruins. After dropping a 5-4 shootout on Thursday, the Flyers will look for a split when the two teams meet again on Saturday night.

In a non-pandemic year, you would probably find many players taking in the sights and sounds of Boston. However, the Flyers are, for the most part, locked down in their hotels because of COVID-19 protocols.

Forward Joel Farabee said the players are having little trouble making the best of their situation.

“A few guys brought their Xboxes on the road to play in their room,” he said. “That’s something. You know, we have the lounge at the hotel where we can hang out pretty safely, so we’re staying busy. It’s not too bad.”

The NHL has already been impacted by COVID-19 since the season got underway. The Dallas Stars and Carolina Hurricanes have been forced to pause their seasons due to several positive coronavirus tests. Four Washington Capitals have been quarantined this week for violating protocols.

Farabee believes the league is doing all it can to keep its players safe.

“The NHL is putting a really good system of strict rules,” Farabee said. “We’re just trying to stay safe and stuff like that in the hotel, and while we’re here, it’s all business.”

As the Flyers stay safe in Boston, one of their teammates has been taken off the COVID-19 list. Shayne Gostisbehere is hoping to rejoin his teammates in the near future, but coach Alain Vigneault said the defenseman has to first get back into game shape.

“He’s going to need a little bit of time here to get himself back into condition,” Vigneault added. “He was basically at a standstill there for … close to seven days.”

Being placed on the COVID-19 list means the player has either tested positive or has been exposed to someone who has the virus. The team had yet to confirm if Gostisbehere had tested positive, but Vigneault indicated the defenseman is indeed recovering from COVID-19.

“The reports that I’m getting is that he’s feeling all right,” Vigneault said. “COVID hits individuals differently. Some don’t feel the effects. Some have the effects, and they feel a little bit more tired.”