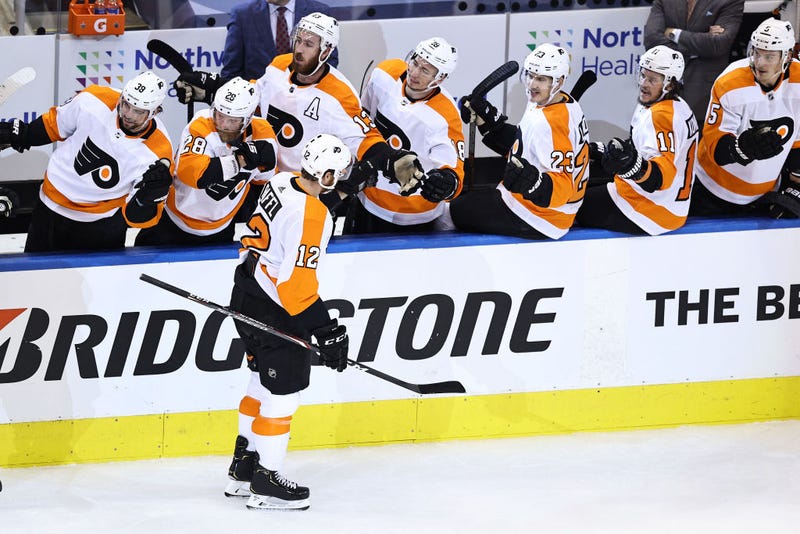 PHILADELPHIA (KYW Newsradio) — January is usually the middle of the Flyers season. This year, it will be the beginning.

In a season shortened by both the ongoing pandemic and a late finish to the previous season, the Flyers and the rest of the NHL will finally drop the puck this week.

The season starts for the Flyers on Wednesday when they host the Pittsburgh Penguins in South Philadelphia.

After the long wait, Claude Giroux is ready for the season to get underway.

"I do believe we are ready for the season to start," said Giroux. "Obviously, not having a chance to play any preseason games, we had the intersquad game, but every team is in the same boat. I do feel that, physically and mentally, we are ready to get the season going."

The Flyers and the rest of the league have not had the chance to tune up for their opponents. There were no preseason games this year, so the first action for the Flyers against an opposing player will be when the season starts.

After nearly two weeks of training camp, head coach Alain Vigneault is looking forward to seeing what happens when the games get underway.

The Flyers will also be looking to rebound from a frustrating finish last summer.

They were one game away from a conference finals appearance before losing a Game 7 to the New York Islanders.

Sean Couturier said the Flyers are eager to put their playoff disappointment in the rearview mirror.

"We have to prove ourselves again," said Couturier. "But we feel we can match up against anyone. We lost in the second round, Game 7, to a pretty good Islanders team.”

The Flyers will have no choice but to play at a high level as the intensity of their rivalries increase this season.

All of the Flyers games will be against the division foes, starting with perhaps their biggest rivals when the Penguins skate into town, which is fine with Giroux and his teammates.

​"It is always fun to play them," Giroux said. "We are going to be playing them a lot this year, so why not get in a few games right away?"