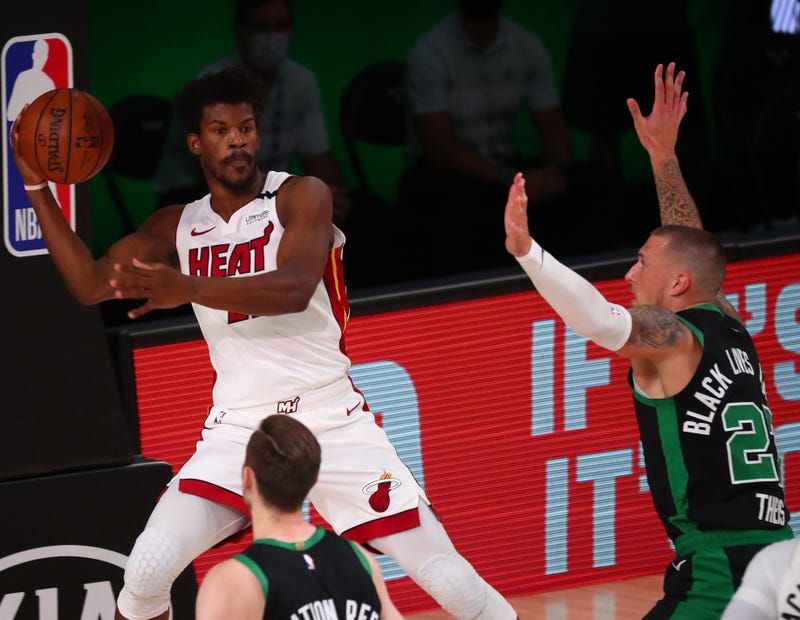 PHILADELPHIA (KYW Newsradio) — The 76ers were a quick exit in the NBA Playoffs, getting swept by the Boston Celtics in the first round in the blink of an eye. Meanwhile, former Sixer Jimmy Butler is four wins from a championship.

One year after Butler departed Philadelphia for Miami, he’s making many wonder: "What if …?"

On the eve of Butler’s NBA Finals debut, he was asked what it is about the Heat’s organization or structure that fits him so well after being with a talented Sixers squad that didn’t click in 2018-19.

“I just get to be me here,” Butler said. “I get to call it how I see it. Nobody takes it personally, or have to worry about anybody trying to control me, as it was said people was trying to do over there."

“I just get to be me here. I get to call it how I see it. Nobody takes it personally. Don’t have to worry about people trying to control me. As it was said, people were trying to do over there” pic.twitter.com/mFd8Beixua

“But, I have no hard feelings towards any of those players, anybody in that organization. I’m glad to be where I am. As you can tell, it’s worked out, and that’s where I’ll leave it.”

Butler said he knew what Miami could accomplish, and after adding important players as the season went on, they’re in the position to compete for a title.

“So, I don’t really look back at it too much. I gotta stay focused in on the right now and with the group that I have.”

While Butler’s Heat are thriving as he average 19.8 points in the first round, 23.4 in the second and 19 in the Eastern Conference Finals, the Sixers regressed in 2019-20 and are now searching for a new head coach.