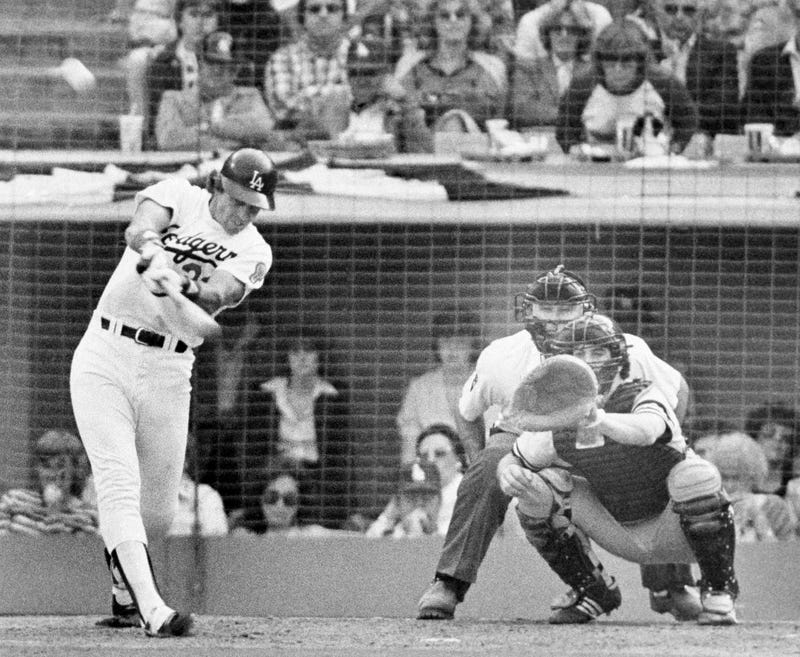 (AP/KYW Newsradio) — A popular former Phillie, Jay Johnstone, has died. He was 74.

Johnstone is being remembered as a fun-loving humanitarian who played 20 big-league seasons — including parts of five with the Phillies, from 1974 to 1978. He hit .303 for the Phils, including .778 with an .800 on base percentage in the 1976 league championship series.

Heard about Jay Johnstone’s passing yesterday. He was a good teammate. God Bless his family. pic.twitter.com/nRcagAQr6J

He died last Saturday of complications from COVID-19 and also had suffered from dementia in recent years, according to his daughter Mary Jayne Sarah Johnstone. He died at a nursing home in Granada Hills, she said Monday.

“COVID was the one thing he couldn’t fight,” his daughter said by phone. “It’s really kind of shocking.”

His family noted that Johnstone's time of death last Saturday occurred around the same time Dodger Stadium was plunged into darkness because of a power outage.

“He may have had a hand in it or a victory lap of remembrance,” said Rick Monday, Johnstone's former teammate and current Dodgers broadcaster.

Besides the Yankees and Dodgers, Johnstone played for the California Angels, Chicago White Sox, Oakland, Philadelphia, San Diego, and Chicago Cubs during a 20-year major league career that began in 1966 and ended in 1985. He had a career batting average of .267, with 102 home runs and 531 RBIs.

JJ was always about having a good time and bringing joy and later in life was very active in giving back. I’m lucky to have known him. I bet he is in Phillies baseball heaven pranking his teammates. RIP Jay Johnstone https://t.co/rcgNptEuu8

In 1981 World Series, Jay Johnstone hit a foul ball that landed under my dad’s seat next to me. He followed that up w/a big HR. Guy next to my dad got the foul ball. Johnstone later signed one to my dad, “Al, for the one that got away.” RIP Jay Johnston. https://t.co/WoFEduIpsf

In the 1981 World Series, Johnstone had a pinch-hit, two-run homer in Game 4 that rallied the Dodgers to an 8-7 win over the Yankees. That tied the series at two games apiece, and the Dodgers won the next two games to claim the title.

“When the game was on the line, he was able to transform that little 7-year-old child that was always in a playful mood into serious,” Monday said. “Jay was always bigger than life. If the team was in a spot where you felt your backs were against the wall, he was one of the reliable guys.”

In his first postseason experience, Johnstone went 7 for 9 as the Phillies got swept by Cincinnati in the 1976 NL Championship Series. He played for the Yankees when they beat the Dodgers to win the 1978 crown.

With the Angels, Johnstone preserved Clyde Wright's no-hitter against Oakland on July 3, 1970. He caught a flyball by Reggie Jackson to straightaway center field just in front of the wall in the seventh inning.

Johnstone possessed a sense of humor that he used to keep his teammates loose with pranks. He would nail their cleats to the floor or set them on fire. He cut out the crotch area of Rick Sutcliffe's underwear. Johnstone once replaced the celebrity photos in the office of Dodgers manager Tom Lasorda with pictures of himself, Jerry Reuss and Don Stanhouse. He locked Lasorda in his office during spring training.

Another time, Johnstone and Reuss dressed up as groundskeepers to drag the infield during a game. Returning to the dugout, they were fined on the spot by Lasorda, who then asked Johnstone to pinch hit. He responded with a home run.

“Jay came back and wanted to know if he could get a discount on the fine,” Monday recalled.

His daughter said Johnstone's pranks didn't end at the ballpark. She recalled rubber snakes in their pool and spiders by the bathtub. She said her friends loved being around her father because “he always made us laugh.”

“He wanted to find the humor in life no matter how serious things got,” she said. "That was his motto to everything, bring a smile to people’s faces. Everyone loved him.”

Johnstone's daughter said her favorite photo is one of her being held up by her father in the Dodgers clubhouse after winning the 1981 World Series. The Dodgers, who won their last World Series in 1988, begin the playoffs on Wednesday.

“I hope the Dodgers win it for him this year,” she said.

The Dodgers are saddened by the passing of former Dodger Jay Johnstone and offer their deepest condolences to his family and friends. pic.twitter.com/DePWvZX0le

We are saddened to learn of the passing of Jay Johnstone. The Yankees organization extends its deepest condolences to Jay's family and friends. He will be missed. pic.twitter.com/6LKEMRfd6t

After retiring, Johnstone briefly worked as a radio color commentator for the Yankees and Phillies. During an interview with Yankee players Deion Sanders and Mel Hall, he got them to uncover a restaurant bread basket containing a snake, startling both players who jumped out of their seats.

Born John William Johnstone Jr. on Nov. 20, 1945, in Manchester, Connecticut, he moved to Southern California a few years later. He grew up in West Covina and attended Edgewood High, where he lettered in four sports. He was signed as an undrafted free agent by the Angels in 1963 and made his major league debut at 20.

Johnstone appeared in the hit movie “The Naked Gun” as a member of the Seattle Mariners in a game against the Angels. He wrote three books about his playing days and the pranks he pulled.

He was active in the MLB Alumni Association, participating in charity events and speaking engagements across the country. He attended old timers' games with the Yankees and Dodgers as recently as 2018.

Besides his daughter, he is survived by his wife of 52 years, Mary Jayne Johnstone; sister Sandy Clairmont; and son-in-law Ryan Dudasik.

I was saddened to hear that former #Phillies great guy Jay Johnstone has passed away at age of 74. Played 5 seasons with Phils hitting over .300 in 2 of those seasons. He could hit but more so a funny wonderful guy. #RIPJayJohnstone ⁦@SportsRadioWIP⁩ pic.twitter.com/9Mw8bnkUWc