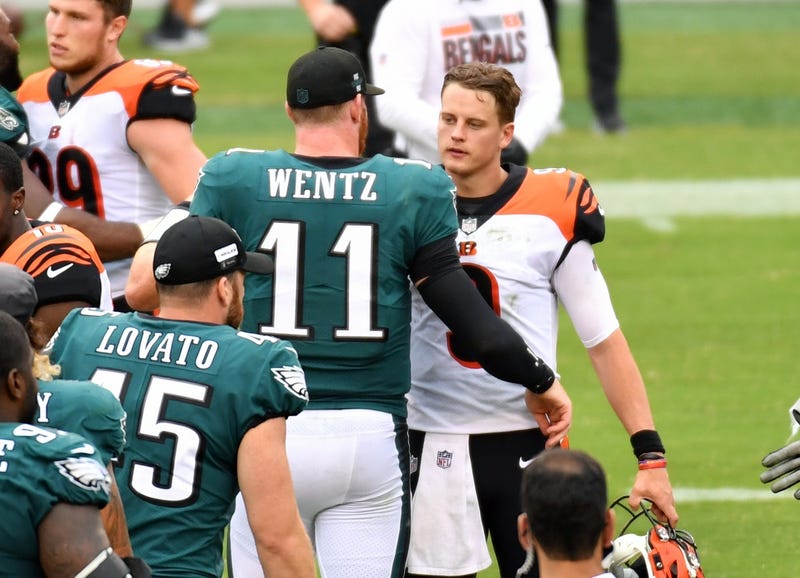 That’s why his decision on Sunday to punt the ball with 19 seconds left in overtime, with his team tied 23-23 with the lowly Cincinnati Bengals, was so confusing.

However, Monday morning on the WIP Morning Show, Pederson admitted he would have done things differently.

“Looking back on it, I would’ve probably gone the other way and taken a chance to maybe a shot down the field and put the ball up in the air,” Pederson told Angelo Cataldi.

The Eagles were lining up for Jake Elliott to kick a 59-yarder in a 4th-and-7 situation. Three years ago, Elliott drilled an epic 61-yarder at the horn to beat the Giants and propel the Eagles to their iconic Super Bowl season. But, third-year offensive lineman Matt Pryor committed a false start penalty, moving the Eagles back five yards to 4th-and-12, which made it a 64-yarder for Elliott.

Pederson chose to punt — all but officially guaranteeing a tie, barring something crazy. The game ended a play later.

In his weekly Monday morning chat with WIP, Pederson alluded to his belief that the Eagles only fourth down conversions this season were quarterback sneaks. He also thinks if the Eagles would’ve played better in regulation the game would’ve never gotten to that point.

“I hate the fact that the game came down to that one play.”

But despite all that, Pederson explained, if he could go back, he would’ve let and up and down — mostly struggling — Carson Wentz try to make something happen.

“Looking back, you probably put it in your quarterback’s hands to win the game.”

Despite his admission, Pederson doesn’t think he sent the wrong message to the team by punting on Sunday. To some, punting was a sign that he didn’t have confidence his defense could prevent the Bengals from scoring with time running out on a short field, or that he didn’t think Wentz could make something positive happen on 4th-and-12.

"I’ve never been in this situation as a coach, obviously, to make this decision at the end of the game like this … I made 92 other decisions offensively in this game plus a few more, and that’s just what it comes down to. It comes down to making those one or two right decisions and that’s on me."

And speaking of Wentz — despite his 63.9 quarterback rating and six interceptions, Pederson explained he isn’t even remotely thinking about trying someone else at that position.

“You don’t go there,” Pederson said. “That’s a knee-jerk reaction. That’s a reaction to things that sometimes are the aura that’s out there. That’s not what we believe internally.

"We’re gonna continue to get better. Carson is our quarterback. We’re gonna get it fixed. He’s gonna get it fixed, and we got a long season. Listen, we’re only a half game out of first place, for goodness sakes. The whole division right now is not playing very good football, so we’re not that far off."