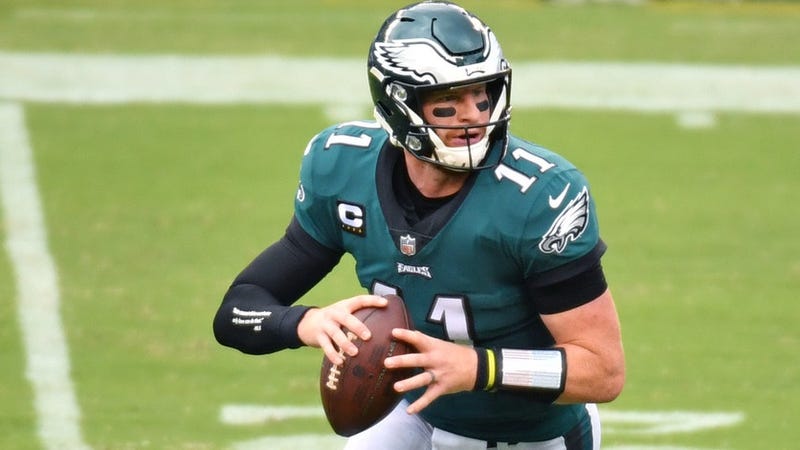 PHILADELPHIA (KYW Newsradio) — Eagles quarterback Carson Wentz has a passer rating of 63.9, which is the worst among starters at his position in the NFL. He has thrown six interceptions through three games this season, one less than all of last season.

He’s been inaccurate on passes he should complete.

But he’s not going anywhere.

“Doug, what would it take for you to at least look at the possibility of trying a different quarterback,” WIP Morning Show host Angelo Cataldi asked head coach Doug Pederson Monday morning.

That would be a "knee-jerk reaction," Pederson said.

“That’s a reaction to things that sometimes are the aura that’s out there, right? That’s not what we believe internally,” he said.After the Eagles' Week 2 loss to the Los Angeles Rams in which the team fell to 0-2, KYW Newsradio asked SportsRadio 94WIP’s Ray Didinger if the Eagles should consider giving rookie second-round pick Jalen Hurts an opportunity. Didinger said, “If you make the move to a rookie quarterback right now, then you’re just opening the door to utter chaos.” 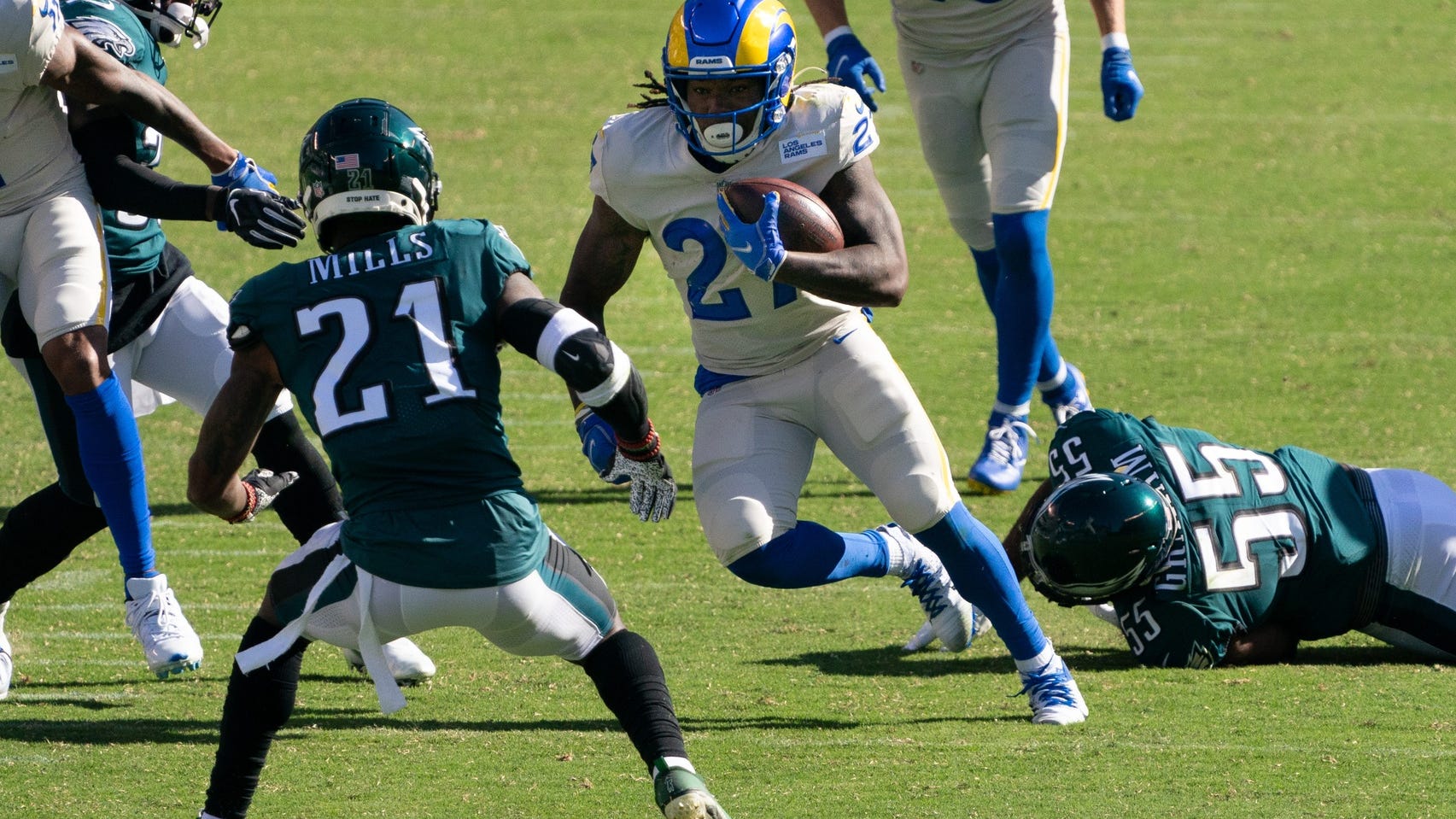 'Concerned with a capital C': Didinger and Reese on Eagles' 0-2 start

There were many reasons Didinger felt that way. For one, it would put Hurts in a tough spot. For another, it would be difficult to go back to Wentz. And in addition to that, what would it say if the Eagles were to sit Wentz out after giving him an extremely lucrative contract extension last season?

Instead of giving Hurts or Nate Sudfeld — who has been inactive the last two weeks — a chance, Pederson reiterated that their struggles are not about one guy. He explained at his Monday afternoon news conference that they need to find a way to help Wentz break out of this slump.

“I think one of the ways that we do that, and really to kinda maybe unclutter his mind some, is to play fast, play uptempo, where players don’t have to think,” Pederson said.

Pederson was then asked if he thought he’d be in this position with Wentz being in his fifth year.

Pederson not giving up play-calling

He was also asked if he had thought about giving up some of his play-calling duties to spark the offense. Pederson, who has called the plays ever since becoming the team’s head coach in 2016, said he has not.

“It’s the exciting part for me,” Pederson said. “I get to see the game, obviously, differently and as a quarterback and see it kinda through their eyes and the offense’s eyes, and I haven’t thought about that at all.”

The head coach is confident in his team, but ...

Near the end of his conversation with WIP Monday Morning, Pederson said he’s still confident his players can turn things around at 0-2-1. He insisted he believes in his guys.

That said, Pederson knows the Eagles aren’t playing good football right now. They coughed up a big lead to Washington in Week 1, fell in a huge hole against the Rams in Week 2, and tied a Bengals he felt they should’ve defeated in Week 3.

“Right now, we’re not a very good football team,” Pederson told the media Monday afternoon at his video conference. “As I said after the game, we’re not very smart.”

The Eagles are minus-7 in the turnover department. And, they committed 11 penalties for 93 yards in Sunday’s tie. The Eagles could very well have a winning record if those statistics weren’t nearly as bad.