For starters, there were two crucial drops: one in the end zone and one that could have been a touchdown. The Ravens unsurprisingly won the turnover battle. Jake Elliott missed a makable field goal.

On top of that, Carson Wentz was playing behind an offensive line that featured one original starter. The quarterback was under pressure so much that Merrill Reese, the voice of the Eagles, jokingly asked this KYW reporter if I should play right guard Thursday night when the Giants come to town.

(By the way, the answer to that is a resounding “no.”)

The play that ultimately decided the outcome of the game was a two-point attempt with 1:55 left after Wentz had a 1-yard sneak into the end zone following the two-minute warning.

The Eagles took a while getting out of the huddle and managed to snap the ball at the very end of the play clock. Wentz tried a run-pass option with running back Boston Scott, but it failed miserably. The Ravens, including former Eagles linebacker L.J. Fort, had it the whole way.

LJ AND JUDON MAKE THE STOP 😤😤

Tune in on CBS! pic.twitter.com/iblPAmUxc7

The play was a mess — head coach Doug Pederson even acknowledged that at his postgame press conference.

“I can do better as far as getting the play in and giving our guys a better opportunity play-call-wise, too, in that situation,” he said.

WIP Morning Show host Angelo Cataldi asked Pederson Monday morning if they had any idea as to the play they wanted to run on a potential two-point attempt. Pederson said they did.

At that point in the game, Pederson said they “basically exhausted every red zone play that we had on our call sheet … and so we knew going in that we were gonna have to use one of our game plan plays, probably in another area of the game plan for that specific call.” 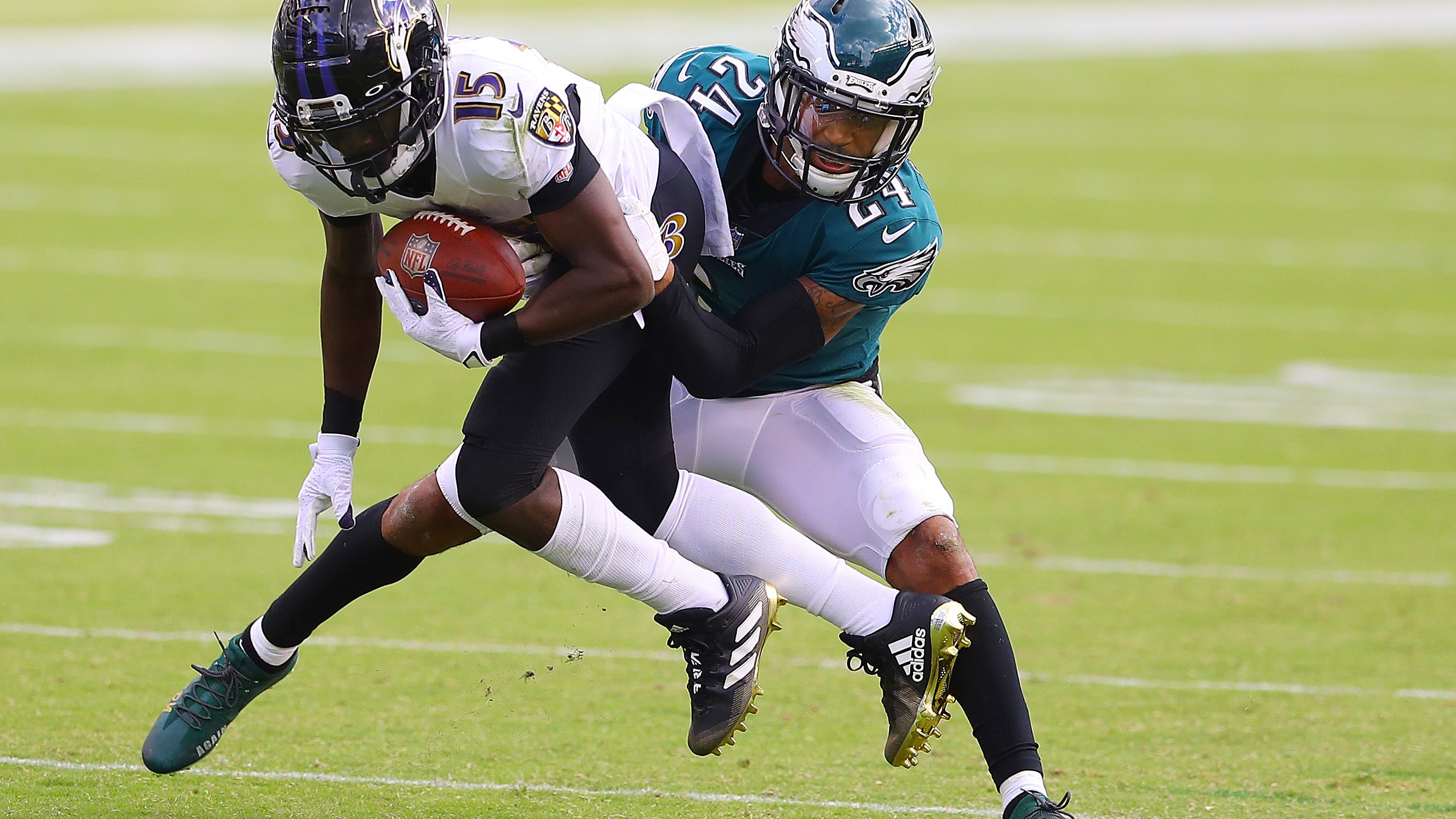 But even if Pederson and the Eagles were somewhat prepared for what they wanted to run, they still took a decent amount of time to get out of the huddle, and did so with one timeout remaining.

Looking back, Pederson admitted he could have gone about that sequence differently.

“The best call could have been the timeout to really think things through — at least give us more time to make, from a coaching standpoint, a better decision at that time,” he said.

Don’t be mistaken, the Ravens defense is outstanding. Baltimore still may have stuffed the Eagles. Still, the play they ran appeared to have little to no chance to work once the ball was snapped.

Cataldi asked Pederson if Wentz could have taken the initiative to call the timeout once he surveyed everything at the line. Pederson said yes, but added, “It’s our job to put our players in a position to be successful or at least have an attempt to be successful. Obviously, the quarterback and the head coach are two guys that can do that, but that falls on me to run down there and do that.”

“We probably did get a little later out of the huddle than we wanted,” said Wentz after Sunday’s home game. “I think it’s a 20-second play clock or something. Seems like it goes pretty quick on the two-point plays. We gotta be more urgent to get to the line and get our calls and get our checks. We had a scouted look there that we felt confident in that play, and they made a good play, made life tough on us. It’s frustrating to come up short like that, but hats off to them.”

No time to hang our heads or dwell on the past. Pressing on! Whatever it takes. Right back to work. Can’t wait for Thursday night! #AO1

“It didn’t look right at the line of scrimmage,” added WIP Sportsradio’s Ray Didinger. “Everything looked kind of rushed, and I thought the play call was very questionable.”

Didinger felt the play may have been more effective if starting running back Miles Sanders — who at that point left the game with a knee injury — was still in.

“I just don’t think that the fake to a back like Boston Scott is gonna buy you the space or the time that you need to make that play work,” he said.

Didinger would have put Wentz in the shotgun and “done some kind of a rollout and just let him get out on the edge,” with Wentz running it himself or passing it to a receiver.

“The play had very little chance of succeeding,” he said.

While many are dissecting the play and the decision to a T, Didinger said there’s a bigger issue: “Why do you keep digging yourself a hole like this? Why does every game have to come down to this? And that, to me, is the real problem here — is the slow starts.”

The Eagles only have one win out of six games this season — a first since 1998 during Ray Rhodes’ final season as head coach, which was a 3-13 team. Prior to that, the same figure dates back to 1982, which was a strike-shortened season, and the Eagles sixth game wasn’t until December.

The only reason this season isn’t “over” after six games is that the NFC East is so bad, with some calling it the “NFC Least.”

The next three games are against the “NFC Least,” with matchups against the Giants, Cowboys, and then the Giants again. They’re going to play a huge part in determining how this Eagles season ends up.

Although it may be easier for the Eagles to overcome slow starts against those lesser opponents, it would behoove them to develop an offensive rhythm much earlier than they did on Sunday.

Their next chance to do that is Thursday night against New York at the Linc.