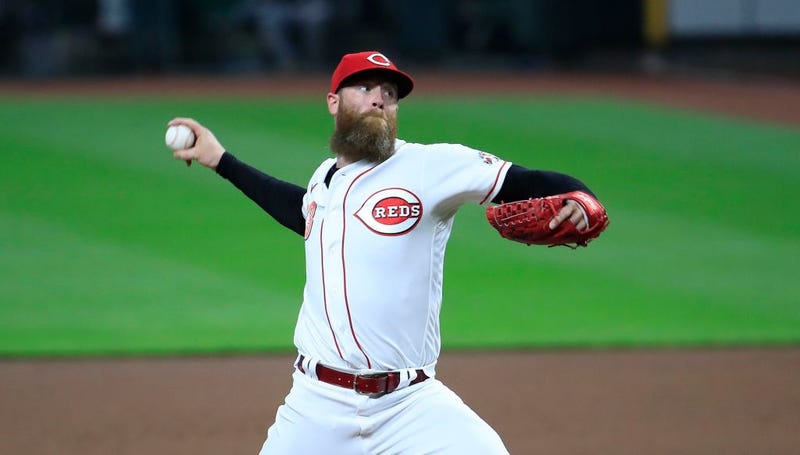 PHILADELPHIA (KYW Newsradio) — The Phillies added a new pitcher while keeping an eye on a free agent catcher.

The newest Phillie has echoed the sentiments of many of his teammates. In a move designed to help bolster a beleaguered bullpen from last season, the Phillies signed veteran reliever Archie Bradley.

The 28-year-old spent time with Arizona and Cincinnati last season, but was not brought back by the Reds. When the free agent went looking for the right fit, Philadelphia appeared to be the clear choice.

"The Phillies were the main team that was interested," said Bradley. "They made it known how badly they wanted me, and not just for pitching but some of the things I pride myself in which is being a good teammate, a good leader, and my main focus is to win."

The Phillies have a chance to win more games with a better bullpen in 2021.

The bullpen was a disaster the past two years despite a flurry of moves.  Phillies president of baseball operations Dave Dombrowski believes the addition of Bradley will be a huge step forward when it comes to improving the relief pitching.

"He’s a quality major league pitcher," Dombrowski said. "He’s done a great job wherever he has pitched. You can see we put a focus in trying to improve our bullpen, and we think we take another step forward by adding Archie."

As Bradley discussed his excitement about joining the Phillies, the conversation soon changed to the subject of who he would be throwing to on game days.

J.T. Realmuto remains a free agent after spending the past two seasons with the Phillies. Many players expressed their desire to see Realmuto return.

Bradley voiced his support of bringing Realmuto back as he talked about many of the reasons he chose to come to the Phillies.

"It's the team they put together over the past few years," said Bradley. "When you get a guy like Bryce Harper to commit 10 years to a place, there’s something good going on there, and so, hopefully, me being on board, we can get our guy J.T. back."

Dombrowski said he does not feel any added pressure to resign Realmuto with so many players campaigning for his return. Dombrowski would not comment on a report the team has offered the catcher a multi-year deal.  There is a sense the front office would be more than happy to bring Realmuto back.

"We’ll do our best in that regard but I don’t really feel any extra pressure," Dombrowski said. "I don’t blame them. We feel the same way as they do, so we’re all on the same page.”