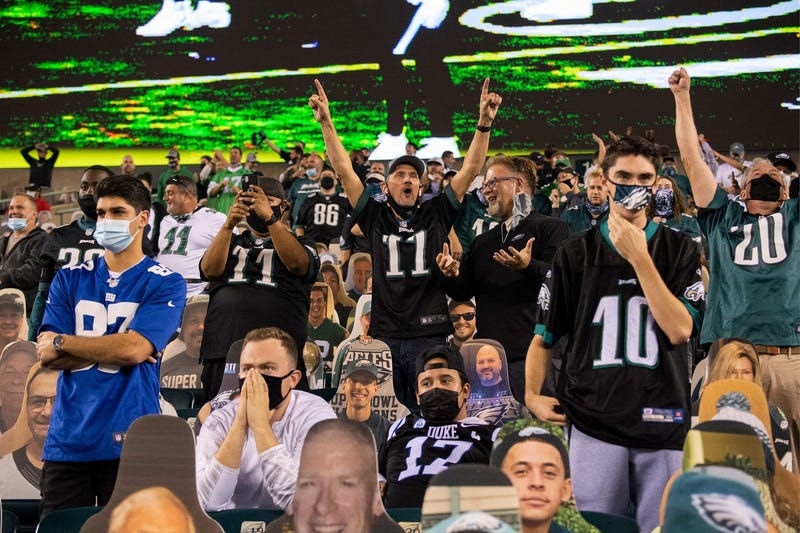 PHILADELPHIA (KYW Newsradio) -- Over the years, The Voice of the Eagles, Merrill Reese, has called several amazing Eagles comebacks when they visit the New York Giants -- each one a "Miracle of the Meadowlands."

Thursday night featured another great Eagles showing against their NFC East rival, but this time the setting was Lincoln Financial Field — the home of the Birds since 2003. 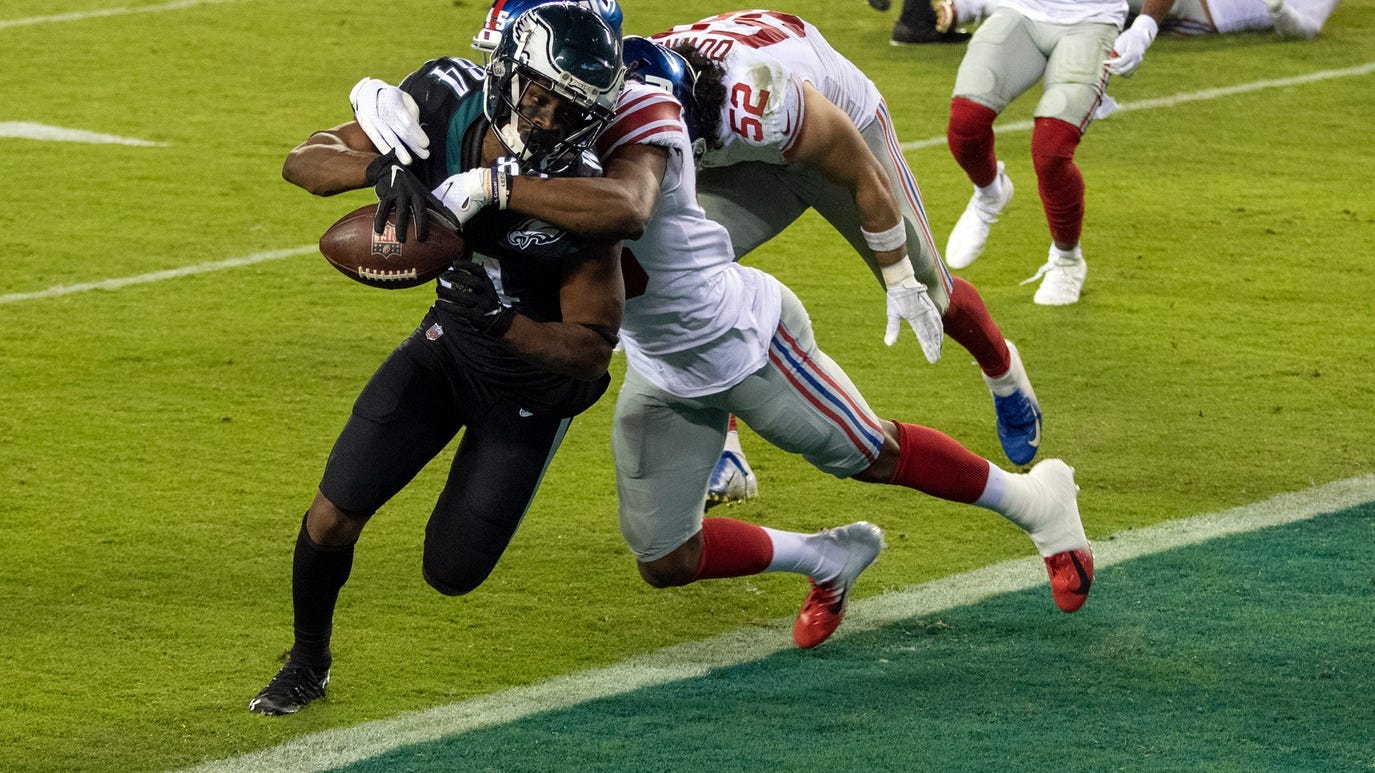 After the Eagles rallied, from 11 points down in the final six minutes-and-change, to win 22-21, Reese declared another miracle on the Eagles Radio Network. "Wow, they did it!" he said with a little bit of a laugh. "Miracle of the Linc No. 1!"

“Well, because they looked so dead,” he told KYW Newsradio. “They had a great drive to begin the game. And after that, nothing worked ... and everything went against them. And finally, they lit it up with a long (59-yard) pass to (rookie wide receiver) John Hightower, and they were on fire."

Shortly after Wentz went deep to Hightower, he found Greg Ward for a three-yard touchdown to cap a four-play, 78-yard drive to cut the Giants lead down to five.

Wentz to Ward and the @Eagles pull within 5 with 4:38 remaining!

Reese admitted he didn’t think the Eagles could come back when they trailed by 11. Nothing had gone well offensively for much of the game, and the defense appeared to be tiring.

“The play that saved them was when (Giants quarterback) Daniel Jones went to Evan Engram with a chance to really wrap up the game and it went off his fingertips.”

It gave the Eagles another chance, pulling off a six-play, 71-yard drive that ended with Boston Scott making an incredible catch on a spectacular throw from Wentz to take the lead.

Eagles into Giants territory with under 90 seconds.

The play that wrapped this game up with a midnight green-and-black bow was Brandon Graham’s strip sack of Jones in the final minute.

The @Eagles take the lead with 40 seconds left!

While it didn’t have the magnitude of Graham’s takeaway of Tom Brady in Super Bowl LII, it brought back memories of that iconic moment.

“If there was a likely hero to put the finishing touch on this game, I’d pick 55 every time,” Reese said.

The always-positive Graham said postgame, “It’s gonna change our season around. I do feel that.”

Make no mistake, the Eagles' 2-4-1 record is awful, but in the dreadful "NFC Least," as some like to say, that’s good enough for first place by winning percentage -- at least briefly. Now they're heading into a huge matchup against the Dallas Cowboys on Nov. 1 in South Philly.

If the Giants had held on, the Eagles would be 1-5-1 -- behind New York and Dallas, playing catchup over the final nine games of the season.

But the Eagles showed some fighting spirit.

___
To hear Merrill Reese’s full interview with KYW Newsradio the day after the Eagles' 22-21 win, as well as Ray Didinger’s breakdown of the victory, subscribe to the KYW Sports Pod on the RADIO.COM app or wherever you get podcasts.