Updated on 16 hours ago

PHILADELPHIA (KYW Newsradio) -- The Sixers, Phillies and Flyers are hoping to welcome a limited number of fans back to the Wells Fargo Center and Citizens Bank Park soon.

NBC10 has learned the Phillies, Sixers, Flyers have asked the city of Philly to have limited fans at their games

NJ, NY will have limited fans at games

I’m told the Phils are hopeful they will be able to have limited fans at games at some point this season pic.twitter.com/CGcls8Ma1n

The last time a Philadelphia sporting venue was allowed to fill to capacity was March 11, 2020. That night, after a Sixers home win, the NBA suspended its season because of the escalation of COVID-19.

Since then, the Eagles were able to have three games with a very small number of fans, but a combination of city guidance and professional league public health protocols has kept fans out of seats.

The Inquirer’s Keith Pompey was first to report on the teams pitching city officials a proposal to welcome up to 5,000 spectators at games. It is not clear all three teams sent a joint letter or if the teams contacted the health department individually, but Philadelphia Health Commissioner Dr. Tom Farley confirmed that they are looking over the proposal.

Farley said Tuesday that the requests would also need state approval, because the city can’t be less restrictive than the state.

Dr Farley says that - pending communication with the state - that limited number of fans for Phillies home opener is in play. Also - working with the state on Flyers/Sixers requests. pic.twitter.com/XRkW9T96wH

The Phillies plan on having a limited number of fans at their Grapefruit League spring training games in Clearwater, Florida. Their first home game at Spectrum Field will be Monday.

Wells Fargo Center, run by Comcast-Spectacor, who owns the Flyers, recently earned the WELL Health-Safety Rating, which they say is "a step forward into the eventual reopening of the arena." The Flyers have been hosting a COVID-19 front-line family for every home game. 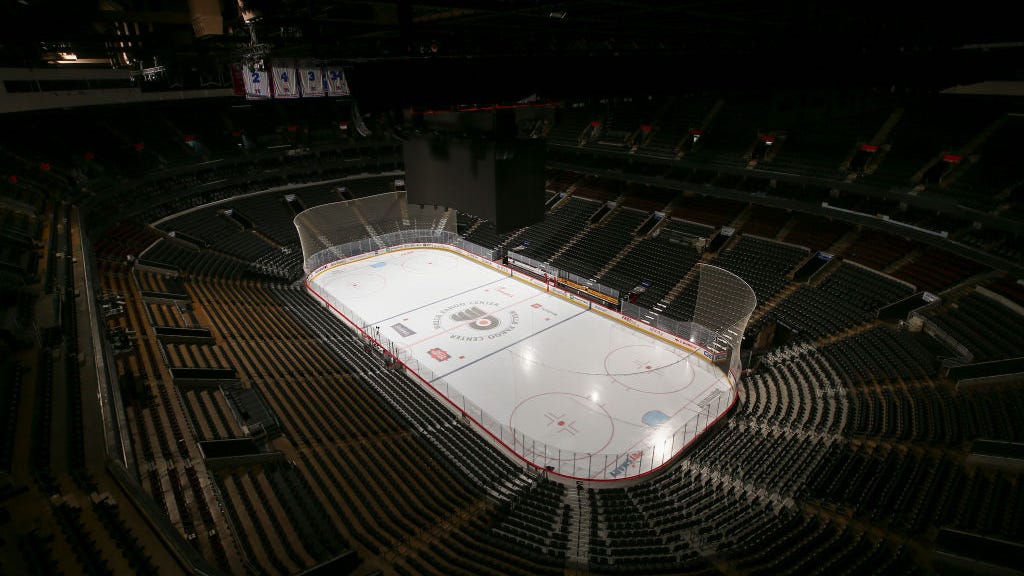 Too bad there were no Sixers faithful there in person last Friday to see Joel Embiid score a career high 50 points in a victory over the Chicago Bulls. At one point, Embiid threw his hands in the air as if there were people in the empty building.

Afterward, Embiid said he plays for the fans, and hopes they can returns, as long as it’s safe.

"It’s gonna be fun," he said. "Hopefully soon, as long as everybody stays healthy and all the conditions are met for that to happen."

The prospect of fans returning to Philly sporting events excites many people, including KYW Medical Editor Dr. Brian McDonough — but in a conversation last week for the KYW Sports Pod, he said he's still generally concerned about it.

"Right now, when we have these other strains and we’re starting to see the numbers go down, I’d like to have a little more time to have the numbers slowing down longer before we start pushing it," he said.

McDonough said he would feel more comfortable as more widespread vaccination gets everyone closer to herd immunity. 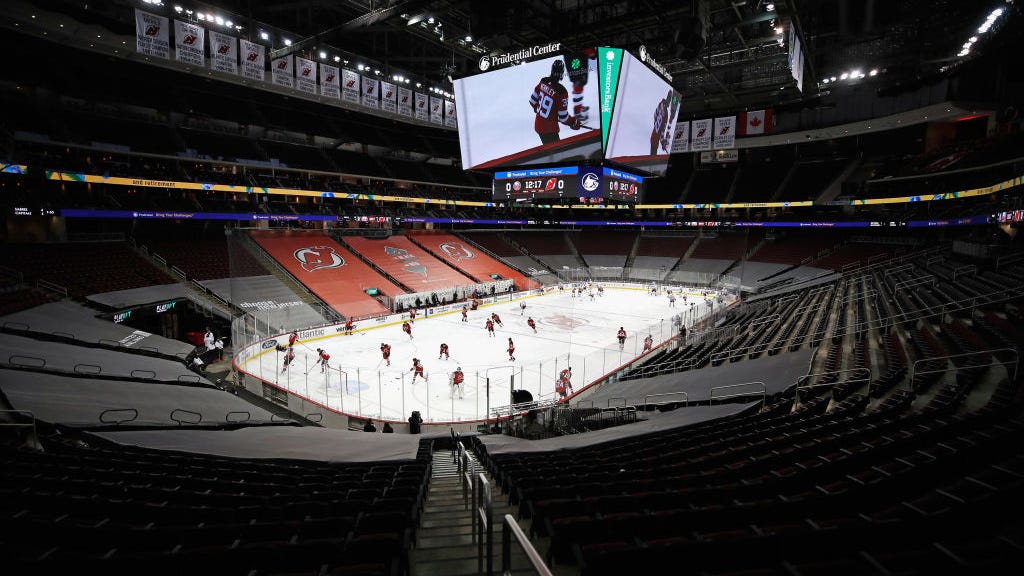 New Jersey Gov. Phil Murphy announced Monday that, on March 1, sporting and entertainment venues in the Garden State that holds over 5,000 will be allowed to have limited capacity.

NEW: Starting March 1st, sports and entertainment venues with a fixed-seating capacity of over 5,000 people may open for spectators:
👥10% capacity for indoor venues
👥15% capacity for outdoor venues

And New York is welcoming back some fans Tuesday night.