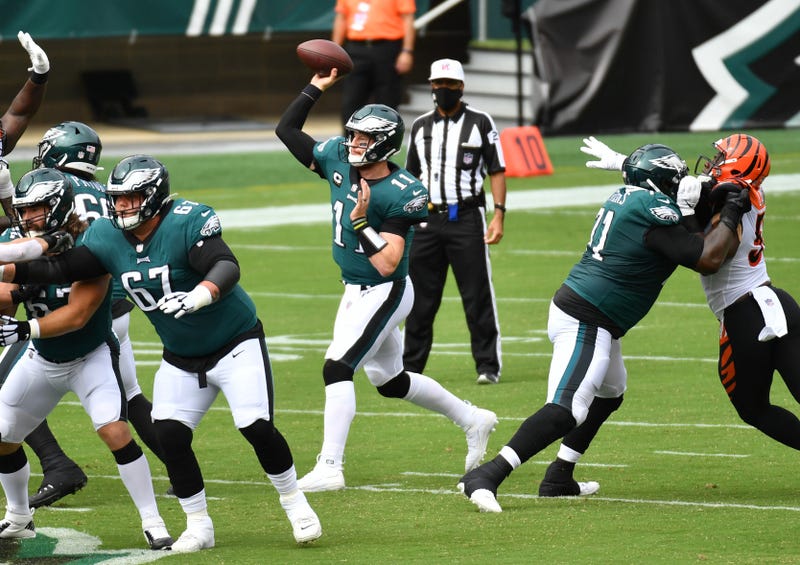 PHILADELPHIA (KYW Newsradio) — For the past few seasons, the Eagles have been forced to take the field with a host of backups. While injuries are part of the NFL, they have been one of the teams hit the hardest in recent years.

The Eagles will battle the 49ers in San Francisco on Sunday night, and coach Doug Pederson will once again be counting on a host of reserves to make an impact.

The Eagles have been hit particularly hard on offense with injuries.

Early in the season, the team lost several players on their offensive line.

In recent weeks, several receivers and tight ends have been hurt — tight End Dallas Goedert and rookie wideout Jalen Reagor will both be out for several weeks, DeSean Jackson is once again dealing with injuries on a weekly basis, and Alshon Jeffery has yet to play a snap this season.

"We're excited about the guys we've got and the guys that we've been working with this week in practice," Pederson said. "We're moving forward. If they can't, then we move forward with the guys that we have."

The injuries to the receivers should lead to an increased workload for Miles Sanders.  The running back admitted after his first game this fall that his conditioning was not at its best after missing training camp with an injury.

Now, Sanders is ready to carry a heavier workload despite dealing with a glute injury.

"He's now getting his legs under him as far as the load," said Pederson. "He feels good. It's just that injury, there's a lot of sideways tackles in this league where you're getting hit on that area of the body or the lower legs. It's something that he's aware of. He feels good.​"

In addition to the injury issues, there is the extra caution due to COVID-19.

Pederson pointed out that even the slightest indication of an illness will force a player to the sidelines.

​"I can't lose sleep," Pederson said. "I've just got to prepare the next guy, keep talking to the team about our protocols that are in place, the testing, the masks, all of that, and you go practice, and you hope that you get those guys back and they're ready to play."