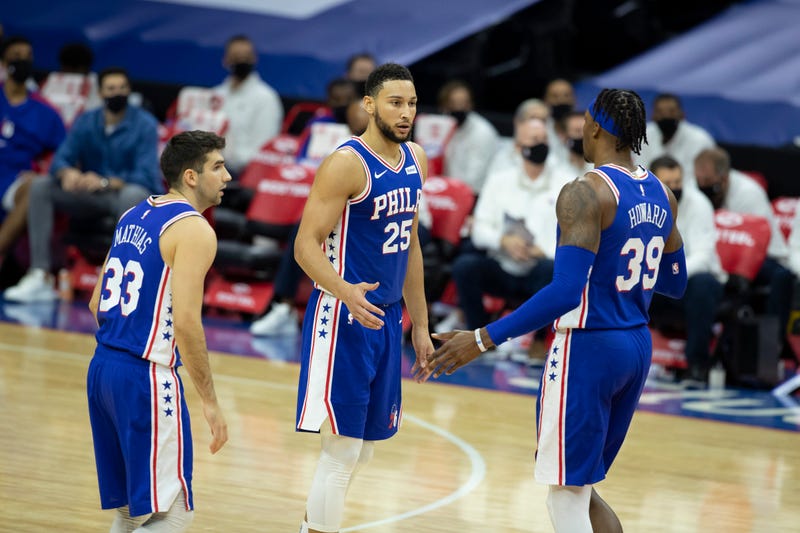 PHILADELPHIA (KYW Newsradio) — Like the rest of the world, the 76ers continue to deal with life in a pandemic.

After being shorthanded for much of the past two weeks, the Sixers game in Oklahoma City was postponed on Sunday. The team was dealing with contact tracing and did not have enough players to play against the Thunder.

On Tuesday, most of the Sixers were finally able to return to practice. Head coach Doc Rivers said it was a relief to finally have enough players to go to work with.

“We had a good practice,” Rivers said. “I think that’s our first practice in several weeks, and we actually had live bodies in practice. It’s been so tough working out not having enough guys trying to teach execution, but you’re teaching it with guys that wouldn’t normally be in the spot that you’re teaching it in.”

The Sixers appear on course to resume action Wednesday night when they host the Celtics.

In addition to the postponement, the Sixers were shorthanded in a recent game against Denver. For players like Matisse Thybulle, it comes down to trusting the organization as well as the league to help them stay as safe as possible.

“We’ve done a pretty good job of working through those struggles that we’ve hit so far,” Thybulle said. “The league is working through it and just putting through more parameters trying to keep us players and the staff safe.”

While it hasn’t been easy for the Sixers, you won’t hear Rivers complaining about their situation. He made it clear he understands everyone is dealing with restrictions and issues regarding the pandemic. He also understands his players are reacting to the situation in different ways.

Awareness will be the key as the Sixers continue to push forward. The team received encouraging news on the injury front as Joel Embiid and Furkan Korkmaz are both expected to return.

There are no guarantees that the Sixers won’t be forced to deal with another interruption during the season. All Thybulle and his teammates can do is take it day by day.

“It’s madness, and we make the most of it,” he added. “Everyone’s trying to learn on the fly, and we’re just adapting to things as they come to us.”