PHILADELPHIA (KYW Newsradio) — The cavalry is coming for the Eagles — just how soon it arrives remains to be seen.

The Eagles received some good news regarding their long list of injuries. Tight end Dallas Goedert and receiver Jalen Reagor are both back at practice. Lane Johnson is day-to-day but appears determined to return on Sunday when the Eagles face the Cowboys.

Lineman Jason Peters is also close to returning, and coach Doug Pederson is happy to see several of his walking-wounded get closer to game action.

However, Pederson will also be cautious, especially with a host of young players who have been filling in admirably.

“I do think from a coaching standpoint, you got to be smart with that,” he said. “You just don’t throw a guy out there and expect him to kind of pick up where he left off. I think it is a slow process, right? You’ve got to incorporate them back into practice a little bit. Again, it goes back to the young guys that have been playing and they’ve been playing well, and they’ve been getting better each week.” 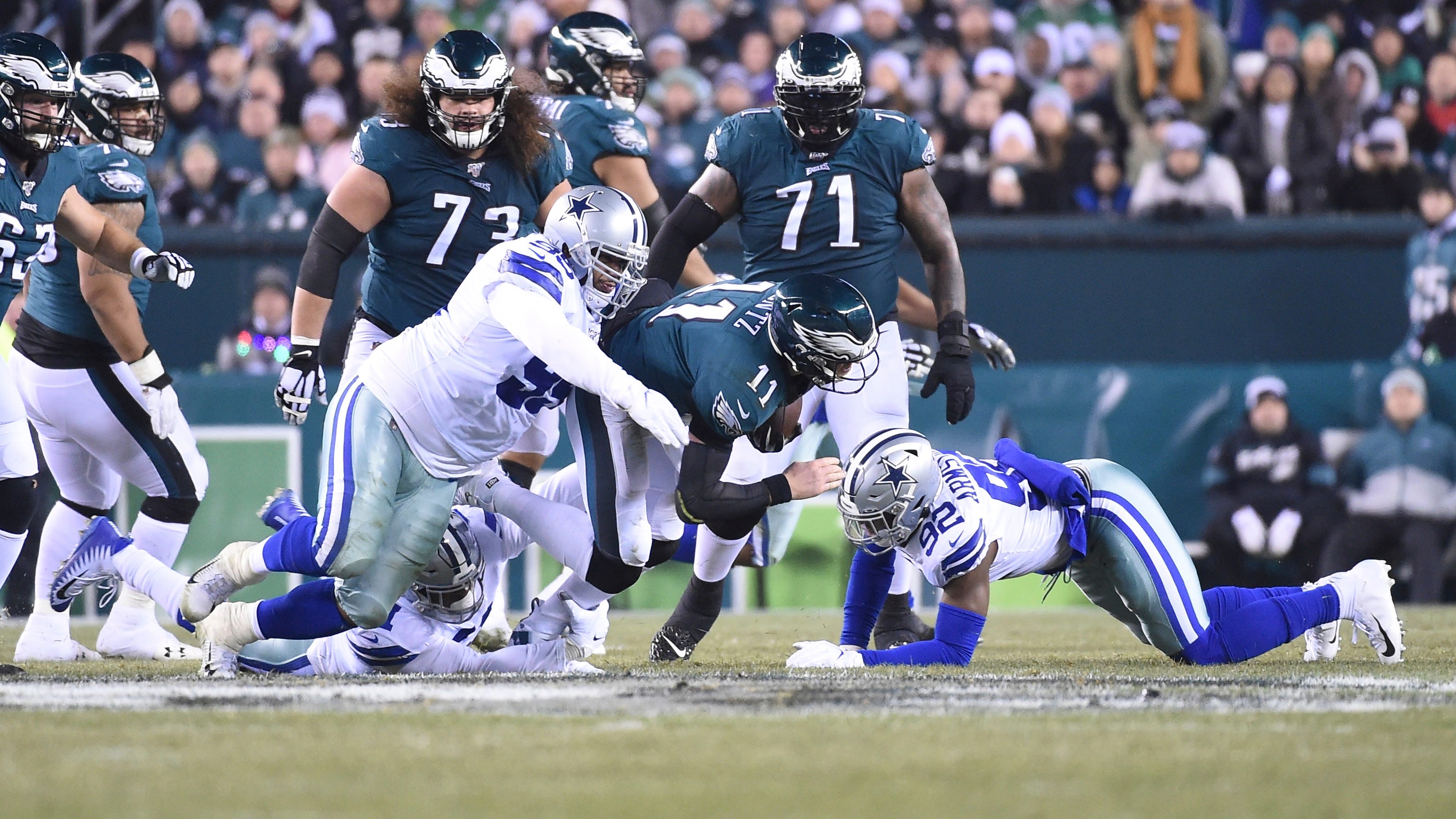 Despite Cowboys’ struggles, Eagles are ‘preparing for a fight’

On Sunday, Eagles may see a rookie quarterback

Not all of the news was good on the injury front. Alshon Jeffery had been recovering from a foot injury he suffered last season, but a new injury to his calf has set him back further. And while Johnson plans on returning this week, he continues to deal with an ankle problem.

Pederson admires Johnson’s determination and his willingness to play through the injury.

“That guy doesn’t want to come off the field,” Pederson said. “He’s tough. He’s getting close and we’re going to see where he’s at again. We have to be smart, obviously as a medical staff and as coaches, to not put a player in harm’s way. If Lane feels comfortable in playing and getting out there, then listen, I’m not going to be the one that stands in his way.”

Carson Wentz has adjusted in recent weeks with a host of new faces on offense. Center Jason Kelce is one of the few players who has remained healthy throughout the season.

Wentz said having Kelce on the field is like having an extra coach to work with, which helps the inexperienced players pass the test on game day.

“Kelce’s been awesome,” Wentz added. “From the moment I got here, he’s been the same. He’s always the guy that’s overly communicating, getting everybody up front, in line, and in the right position, making the right calls, making my life easy, but you’re really seeing it this year.”

Whoever plays Sunday night will take on a Dallas squad that appears to be in trouble. At 2-5, the Cowboys are coming off a pair of blowout losses, so another defeat in Philadelphia could spell the beginning of the end for their division title hopes.

Dallas’ defense has been particularly ​vulnerable, allowing the most points in the NFL. Wentz vows he and his offensive teammates won’t take the Cowboys lightly.

“They’re still a good defense,” he noted. “They still have good players. They still play fast. They mix it up quite a bit. I think sometimes, you’ve seen early in the year some big plays or different things happen against them.”