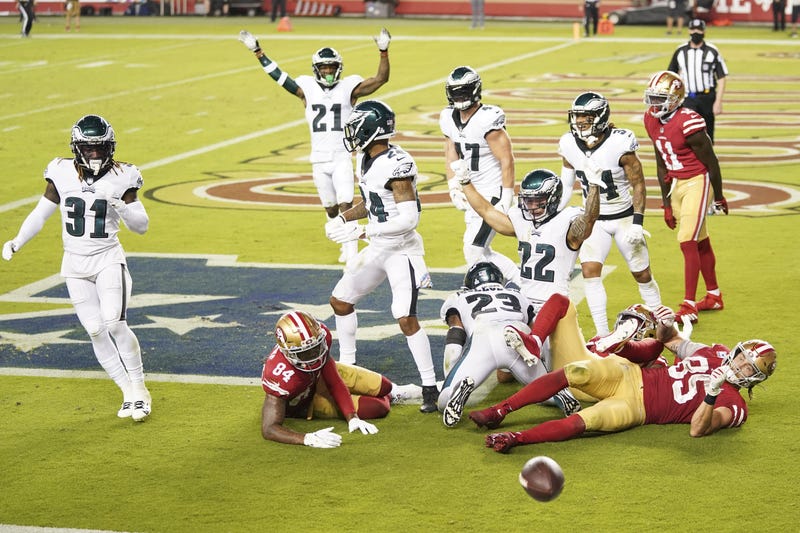 PHILADELPHIA (KYW Newsradio) -- If you simply looked at the stat sheet, and very specifically the ones dealing with yards, you’d think the San Francisco 49ers rolled by the Eagles in Sunday Night Football.

However, the Eagles still upset San Francisco 25-20 with a fourth-quarter rally, thanks to three critical plays — two of which were by players you either barely hear of or didn’t know at all — and a stat that usually holds more significance than any of the ones listed above.

Cre’Von LeBlanc has played a noticeable role with the Eagles in the past, but his fourth-quarter strip sack Sunday night started the comeback. At the end, the Eagles trailed by three points. LeBlanc forcing quarterback Nick Mullens to fumble gave the Eagles the ball in San Francisco territory, and it was the second of three takeaways by the Eagles defense — their first three of the season.

The @Eagles force a fumble for a big turnover! #FlyEaglesFly

That’s the stat that made the total yards insignificant in the final outcome.

“That play that I made ended up changing the course of the game,” LeBlanc said. 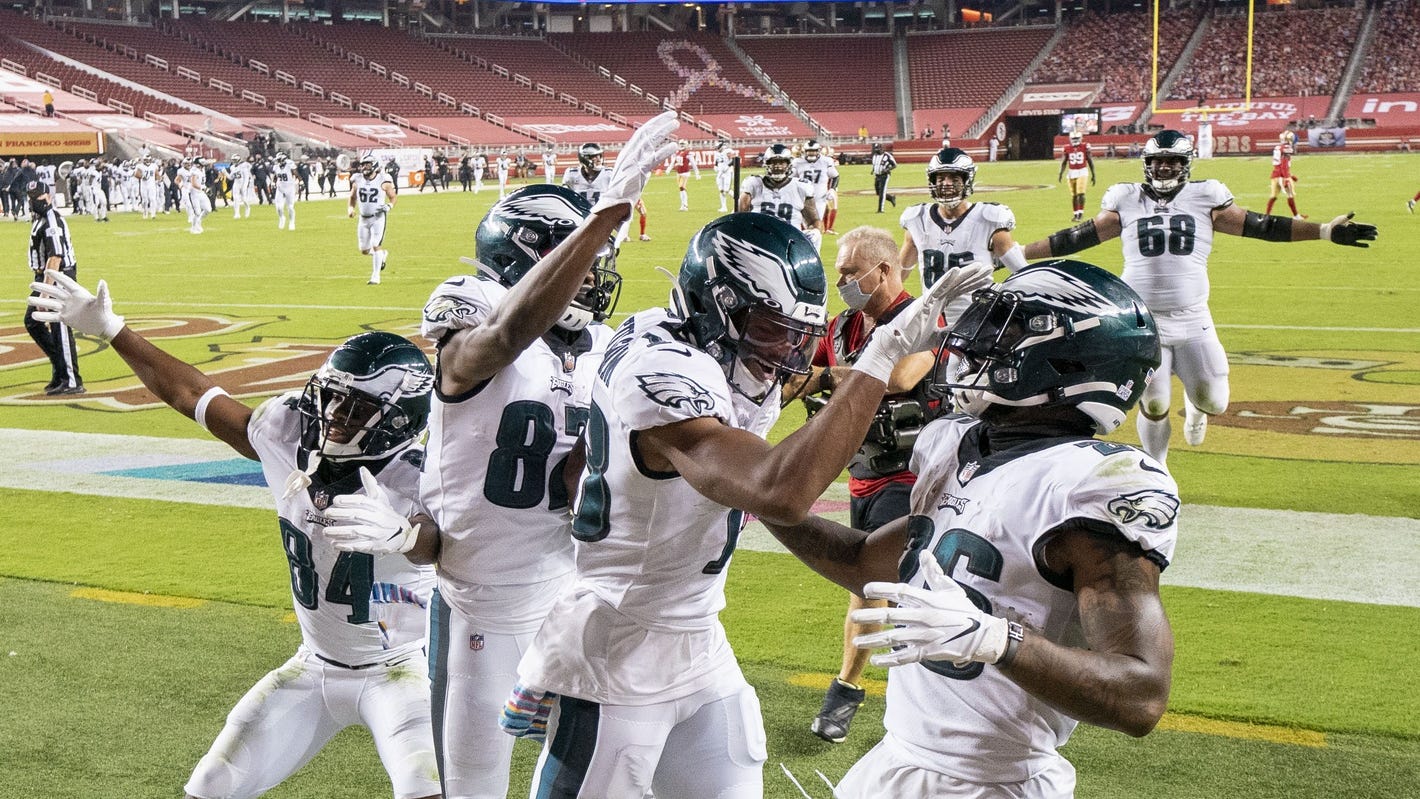 Resilient Eagles rise from dead with win in San Francisco

Who in the world is Travis Fulgham?

The Eagles picked up Fulgham after the Lions and Packers let him go over the summer. The 2019 sixth-round pick out of Old Dominion played only three regular season games last year for Detroit. He had three targets and no receptions.

Sunday night, Fulgham not only recorded the first reception of his career, but also a 42-yard deep ball from Carson Wentz that was the go ahead touchdown.

"Right after we broke the huddle, Carson said, 'Get ready,'" Fulgham said.

WENTZ TO FULGHAM FOR A 42-YARD TD! #FlyEaglesFly

Wentz and Fulgham revealed they had run that play once in practice and connected on it — just like they did in the game.

Coach Doug Pederson explained, "He’s got a good relationship with Carson on the football field, and that’s something we can continue to build."

What made the conclusion of that drive even more spectacular was Wentz converted a 4th-and-4 situation four plays prior to rookie wide receiver John Hightower. Pederson elected to go for it at the 49ers 36-yard line rather than kick a potentially game-tying field goal. It was aggressiveness that Pederson was criticized for not showing in the tie against the Bengals the week before.

Pederson also decided to have his team go for a two-point conversion after a first-quarter rushing touchdown by Wentz. It was a successful conversion that forced the 49ers to go for their own two-point attempt late in the game, which they failed.

And the exclamation point on the much-needed three defensive takeaways was Alex Singleton’s interception touchdown on the very next play from scrimmage after Fulgham’s touchdown.

The @Eagles defense extends their lead to 11. #FlyEaglesFly

Singleton intercepted Mullens, who the 49ers benched, and took it 30 yards to the house. Singleton, a former Canadian Football League linebacker, was filling in for T.J. Edwards, who left the game with a hamstring injury.

Singleton, Fulgham and LeBlanc were definitely strong links for the Eagles on Sunday night — moving them into first place of what many deem a very bad NFC East this season.

Nonetheless, despite the frustrating start to the Eagles' season, they lead the division with a 1-2-1 record, and showed a lot of fight in a game in which it was hard to find someone who gave them a chance.

For what it’s worth, we picked us to win.#PHIvsSF | #FlyEaglesFly pic.twitter.com/bldgEXQsMK