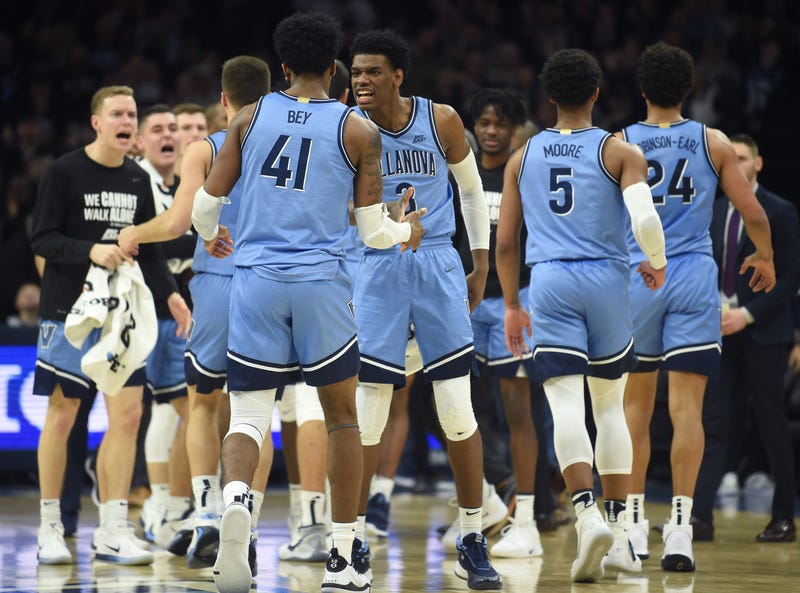 PHILADELPHIA (KYW Newsradio) — Over eight months since the coronavirus pandemic put a stop to college basketball, the third-ranked Villanova Wildcats — like countless other teams — are finally set to play a game again.

In mid-March, Jay Wright’s Cats had just returned to campus from New York City, where they were supposed to take part in the Big East Tournament. That tournament — like so many others sporting events at the time — was called off as COVID-19 began to interrupt our way of life.

Wright eventually found out that the NCAA Tournament was canceled, too. No March Madness. He called it historic.

Nova's 2020-21 season tips off Wednesday at 9:30 p.m. against Boston College in the 2K Empire Classic in Connecticut.

“I would definitely think all us players, coaches, are more excited and anticipate the start of this season more than any season we’ve been involved with,” Wright said via video conference in a media briefing last Thursday.

However, with that anticipation comes the awareness that, in addition to opposing teams, they must face an invisible enemy that won’t go away — COVID-19.

“There’s an anxiety about (the start of the season approaching). You wanna get there without somebody testing positive. You got that on the back of your mind too,” Wright said.

When he spoke six days ago, the coach said they’re testing for COVID-19 three times a week.

“I’m nervous every time we get our results back. I really am,” he said.

Right now, only a portion of their schedule has been released. There’s an expectation that there will be 27 games slated in the regular season. They need to play at least 13 to be eligible to qualify for the NCAA Tournament.

“Getting to that number 13 is an important goal," Wright said. "I think every program, when they get to number 13, is gonna breathe a sight of relief and then go from there.”

Wright also revealed that they’re preparing to adjust if the virus forces them to, for whatever reason.

“We’re planning that, if some of our games get cancelled, we’re communicating with other schools so that we have backups for somebody that doesn’t have a full schedule," he said.

Last season, the Wildcats had a younger roster, but this year they’re more experienced as they return a number of players. It's comforting to Wright, considering the uniqueness of this college basketball season.

Listening to Wright, it seems clear they’re taking the virus seriously and intend to be vigilant as the season proceeds.

“My hope is our guys stay disciplined,” Wright said, “and we pull through this and we get all our games in.”

Drexel University was supposed to start its season against Penn State on Wednesday, but that was postponed.

The Drexel Men's Basketball season opener against Penn State scheduled for Wednesday has been postponed due to COVID-19 protocols pic.twitter.com/Ki8chSPiQ2

Penn's season isn’t happening. The Ivy League announced earlier in November that it’s not holding winter sports during the 2020-21 season.