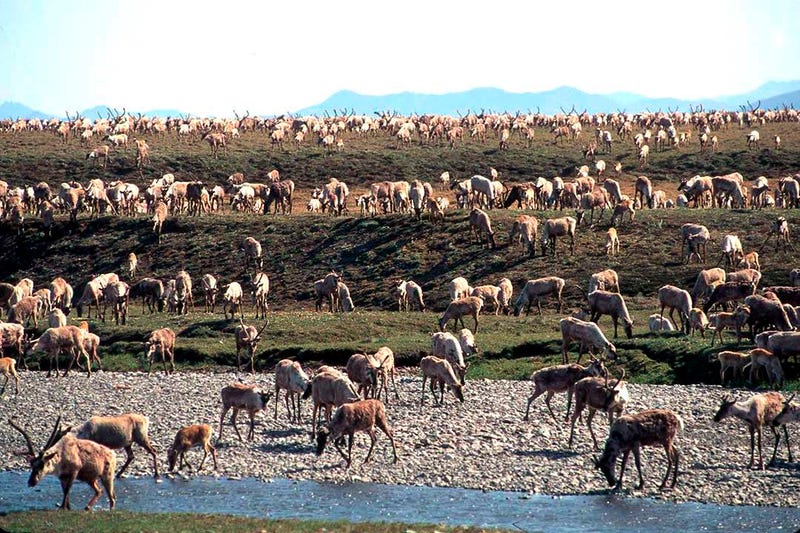 JUNEAU, Alaska (AP) — The U.S. Bureau of Land Management plans to hold an oil and gas lease sale for Alaska's Arctic National Wildlife Refuge next month, weeks before President-elect Joe Biden, who has opposed drilling in the region, is set to take office.

Conservation groups criticized Thursday's announcement as rushed and based on environmental reviews that are being challenged in court as flawed.

“Today we put the oil industry on notice. Any oil companies that bid on lease sales for the coastal plain of Arctic National Wildlife Refuge should brace themselves for an uphill legal battle fraught with high costs and reputational risks," Jamie Rappaport Clark, president and CEO of Defenders of Wildlife, said in a statement.

Bernadette Demientieff, executive director of the Gwich'in Steering Committee, which was formed by Indigenous leaders who oppose drilling in the refuge, described Thursday as difficult.

“When I got the news, I had to go in my bedroom, lock myself in there, and I cried and then I prayed. And now I'm ready to take the next steps to make sure that they don't get their greedy hands on our sacred land,” she said.

Alaska’s Republican congressional delegation celebrated the passage of legislation in 2017 allowing for drilling in the refuge’s 1.5 million-acre coastal plain, seeing it as a way to boost oil production, create jobs and generate royalties. The legislation called for at least two lease sales to be held within 10 years. Delegation members cheered Thursday's announcement.

"As we approach the day when drilling can begin, I will be working hard with our delegation, BLM and the operators who will make our long-time fight a reality,” U.S. Rep. Don Young said in a statement.

Alaska political leaders for years pushed for opening the area for exploration in a state that relies heavily on oil. But the Indigenous Gwich’in people have opposed development within the refuge, citing concerns about the effects on a caribou herd that they have relied on for subsistence. Conservation groups also have fought drilling in the refuge.

In a lawsuit filed in August, opponents alleged that the Bureau of Land Management failed to adequately consider the potential effects of a leasing program on climate change, polar bears, caribou and other resources in its environmental review.

Last month, the land agency announced a 30-day period for parties to nominate or comment on land in the refuge's coastal plain that could be part of a sale. It said it also would seek comments on whether the size of any tracts of land should be reduced and whether any should receive special considerations.

The agency said a notice that solicits bids would be published at least 30 days ahead of the sale, which it expects to hold on Jan. 6. However, the comment period was not set to end until Dec. 17.

The Bureau of Land Management did not immediately respond to a request for comment.

Its Alaska director, Chad Padgett, said in a news release that oil and gas from the coastal plain “is an important resource for meeting our nation’s long-term energy demands and will help create jobs and economic opportunities.”

Kara Moriarty, president and CEO of the Alaska Oil and Gas Association, said companies are not likely to discuss publicly any plans to participate in a lease sale for competitive reasons.

With the announced timeline, she said companies will have less time to prepare bids. But she said the area is not unknown.

The Trump administration has moved forward with other oil and gas projects in the state, including approving development plans within the National Petroleum Reserve-Alaska that Interior Secretary David Bernhardt said would make “a significant contribution” to keeping oil flowing through the trans-Alaska pipeline for years to come. This fall's decision is being challenged in court.

But the administration halted another resource development project last month, when the U.S. Army Corps of Engineers declined to provide key approvals for a gold and copper mine near a major salmon fishery. The proposed Pebble Mine has long been controversial, with critics and supporters having claimed that decisions on the project were political. Alaska's Republican U.S. senators, Lisa Murkowski and Dan Sullivan, came out against the project in August. President Donald Trump's eldest son also opposed it.

Adam Kolton, executive director of the Alaska Wilderness League, by email said his group believed Biden would have “a wide range of tools at his disposal to protect the Arctic Refuge through executive actions.”

He said moves toward a lease sale have been rushed. “Never before have we seen such a ruse of a process let alone in such an iconic and cherished national treasure,” he said.