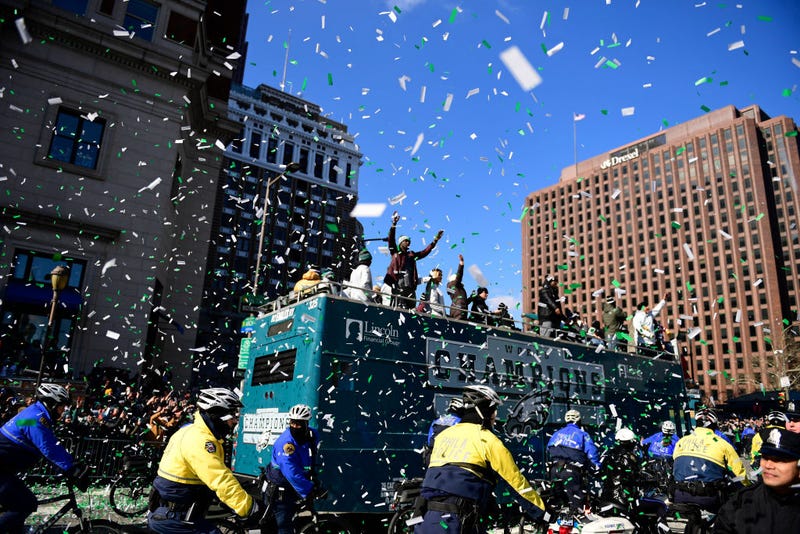 PHILADELPHIA (KYW Newsradio) — A new documentary is out about the Eagles’ 2017 championship season. But this one doesn’t focus on the team.

“Maybe Next Year” is all about Philadelphia's crazed, passionate and, let's face it, notorious Eagles fan base.

The documentary was produced and directed by Kyle Thrash, a Drexel University graduate who was looking for “a passion project” at the end of 2016. His timing was perfect.

“You know, the whole city rallying behind that team, it was a pretty magical time and I was extremely thankful to be a part of it,” Thrash said.

He told his story through the eyes of four fans from different walks of life.

“From Shirley’s passion to waking up early to call sports radio, to Barry’s extreme obsession to create what was named the number one man cave in America, to someone like Bryant, who represents that anger, kinda represents ‘Negadelphia,’ ” he explained.

And finally, there’s Jesse from Delaware County, a working class guy who pours all his attention into the Birds and game day, partly as an escape from the personal problems he’s dealing with.

Thrash used multiple film crews to catch the highs and lows of the regular season and the magical postseason ride that ended in a euphoric celebration on Feb 4, 2018.

“The night of the Super Bowl, we had 16 people, eight camera crews down in South Philly to Cottman Ave in the Northeast to Center City,” said Thrash.