PHILADELPHIA (KYW Newsradio) — Hundreds of protesters, outraged over a Kentucky grand jury’s decision in the shooting death of Breonna Taylor, hit the streets of Center City on Wednesday night, and advocates for criminal justice reform are considering next steps.

None of the three officers involved will be charged for Taylor’s death, and one cop will face only wanton endangerment charges for putting other residents at risk the night the 26-year-old was killed in her apartment.

The group gathered at around 7 p.m. outside City Hall. They marched, chanting “No justice, no peace! Dismantle police!” At one point the crowd stood in the middle of the intersection at 15th and Market streets.

Crystal, who just moved here from Minnesota, where she protested following George Floyd’s death, says as a Black woman she can’t help but think what happened to Taylor could happen to her.

"Well, I think as a Black woman, my life is undervalued, and that anything could happen to me at anytime," Crystal said. She declined to give her last name.

"Breonna was sleeping in her own apartment so it kind of makes me feel like I’m not safe anywhere."

Being out among protesters, she said, is a way to process everything going on.

"By coming together, knowing there is no justice, and knowing you’re not alone in feeling upset or angry or sad."

Crystal and the others say systemic change is needed, and justice needs to be served equally. 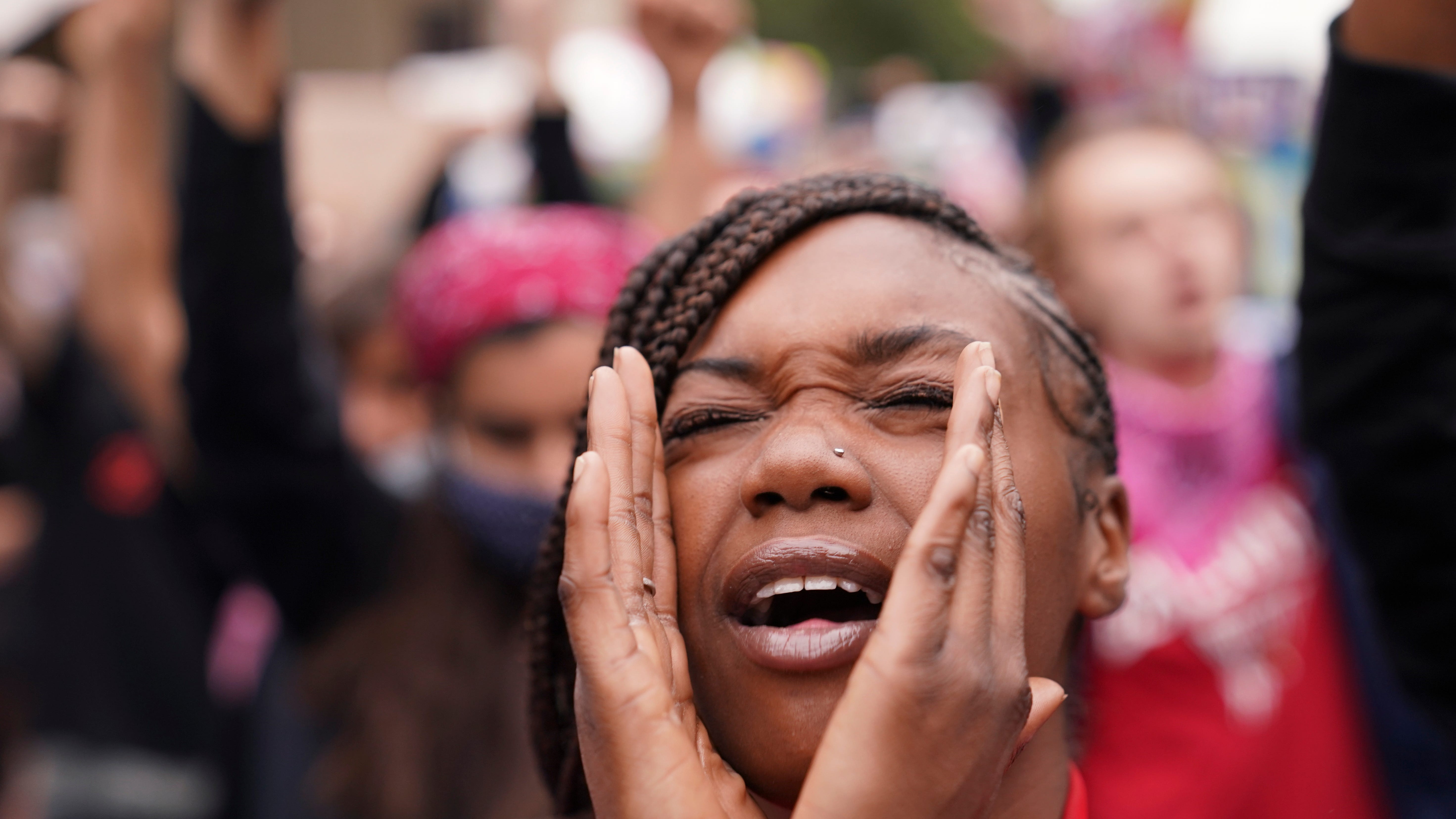 “Police are supposed to protect us. She’s supposed to be alive today. (The officer) should not be able to go free and she’s dead.”

The Rev. Mark Kelly Tyler, co-director of POWER Interfaith, has been on the front lines of the police reform movement in Philadelphia.

"When it comes to use of force, we don't have trust,” Tyler said Wednesday.

He says he was optimistic when people like Beyoncé called for justice for Breonna Taylor. However, he says, the decision not to charge the officers in Taylor's death was sobering.

“Even with all of this pressure, all you can get is charges that don't amount to much, which again, I think speaks to the problem in the moment,” he said.

"As a Black man of color, I do feel like laws are interpreted in ways that disproportionately impact folk that look like me,” Thomas said.

Philadelphia-based attorney Riley Ross said he was not surprised by the outcome because Taylor's boyfriend shot at police in an attempt to protect his home, and he believes there's a double standard when it comes to deadly force.

“According to the attorney general, the use of force against Breonna Taylor was justified,” explained Ross.

He said when Taylor’s boyfriend fired on police first, believing they were burglars, it opened the door for use of deadly force.

"There is this presumption that when the officers are acting, they are justified and whoever they are using force against is unjustified. This double standard needs to be dealt with,” Ross said.

Keir Bradford-Grey, chief of the Defender Association of Philadelphia and part of a police reform working group led by Pennsylvania State Rep. Jordan Harris, said the law seems to support the outcome.

“The law makes it legal to have these types of reckless policies to go into places unannounced, to go in high crime, high trauma areas. For that to be legal is where the law fails,” she said.

As for next steps, Tyler said his focus will be on getting people to the polls.

Mayor Jim Kenney, following the announcement of the grand jury decision, released a statement on Wednesday.

“I know that many Philadelphians are feeling disappointed, frustrated and even outraged, following today’s announcement by Kentucky Attorney General Daniel Cameron. The City of Philadelphia fully supports the First Amendment rights of our residents, but we also want to ensure that any demonstration activity that happens is done in a safe, lawful manner,” he said.

The city did not encourage businesses to shut down or board up their doors and windows but recommended they do so if they felt like they had to.

There was looting and vandalism at several Center City businesses in June when demonstrations over the killing of George Floyd spun out of control.

A Philadelphia Police Department spokesman said Wednesday night's protests were peaceful, with no arrests, injuries or any property damage.