PHILADELPHIA (KYW Newsradio) -- A Mayfair man who gives free haircuts to people experiencing homelessness is getting closer to his dream of owning a mobile barber shop. And he might even be getting a helping hand from a member of the 76ers.

On Sunday afternoon, Amid the din of Allegheny Avenue traffic and the roaring of the nearby El overhead, Joshua Santiago calmly chatted with Angel Ramirez, while he gives the man his first haircut in more than a year.

Ramirez was seated on the sidewalk in a chair that Santiago had pulled out of the trunk of his car, where he stores all the tools of his trade. While he worked on Ramirez' matted hair, a few other men walked over and formed a line, waiting for their turn.

Santiago has become a familiar, friendly face in Kensington and other neighborhoods throughout the city.

"Everybody knows me as the guy who gives out free haircuts," he said. 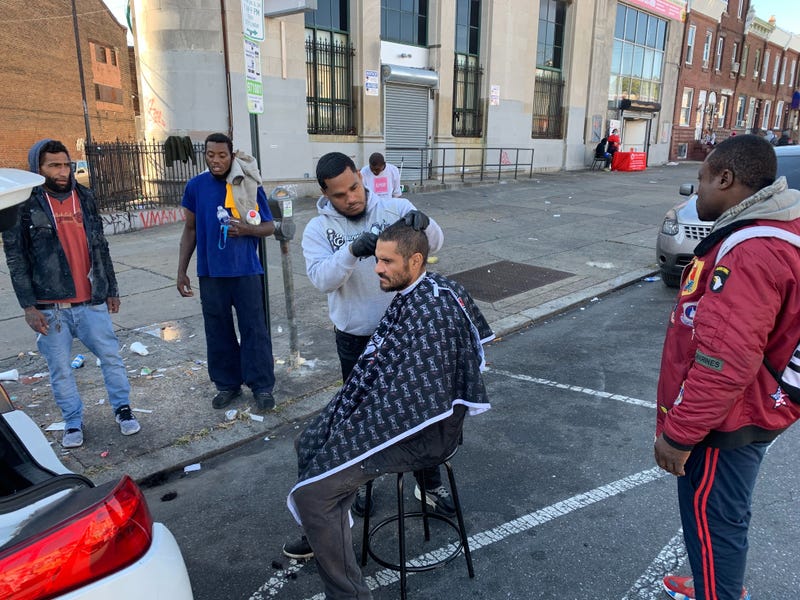 That wasn’t the original plan. Santiago says he entered barber school with the typical dream of one day opening his own shop. But his career path took a detour.

"My barber instructor would take us to shelters. That’s how we learned how to cut hair. And for me being able to provide haircuts for somebody actually meant more than making money for it," he said. 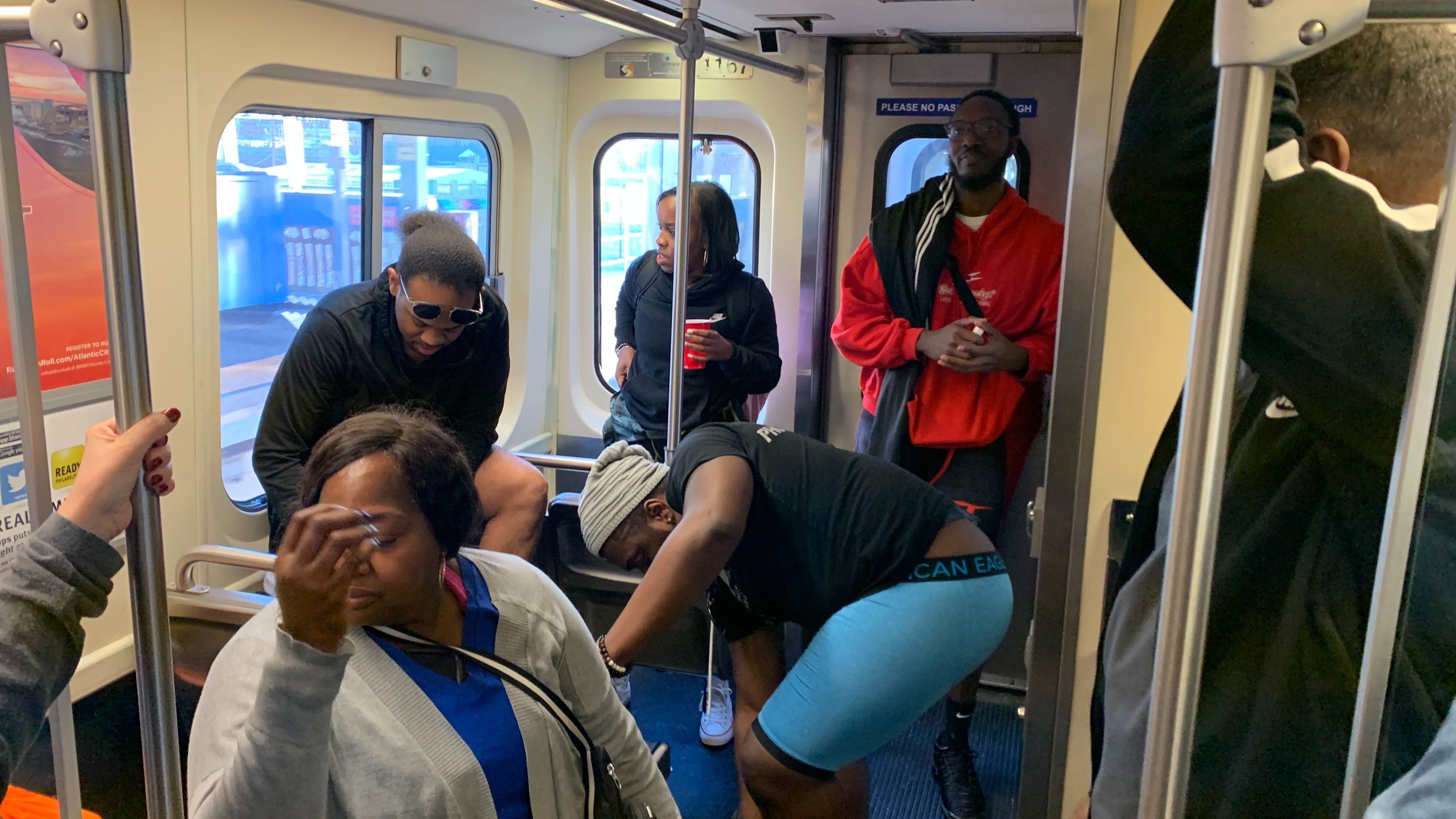 Those experiences inspired him to launch a nonprofit dedicated to helping homeless people. In 2017, he created Empowering Cuts and hit the streets of Philly. Now, he’s getting ready to transition out of his car into something more roomy and private.

"The goal has always been for us to raise money so we could convert an RV into a mobile barber shop. And about a month ago we opened a GoFundMe account," he said. 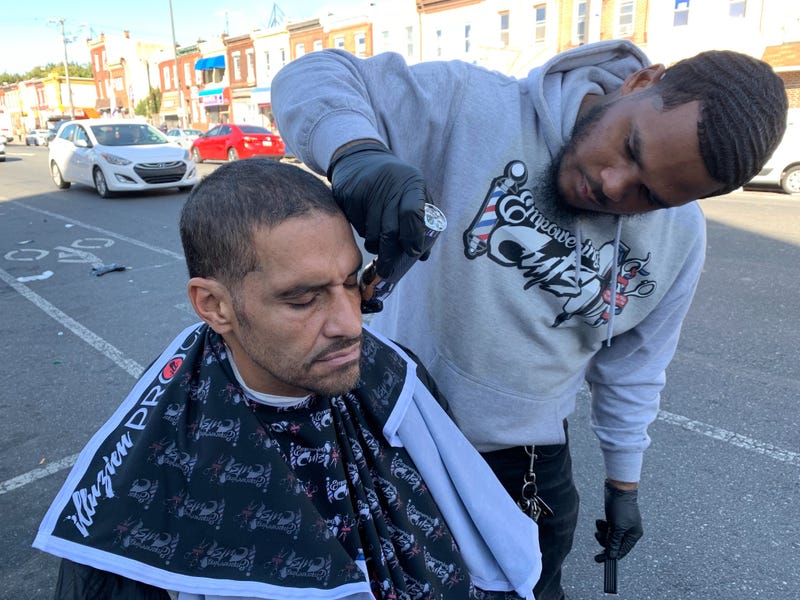 His social media posts recently caught the eye of Sixers star Ben Simmons, who has expressed an interest in helping. Simmons' brother and business manager, Sean, told KYW Newsradio that no firm plans have been worked out yet.

"Basically he wanted us to make a wish list," Santiago said.

Santiago says his ultimate goal is to take his barber shop on wheels to cities across the country. 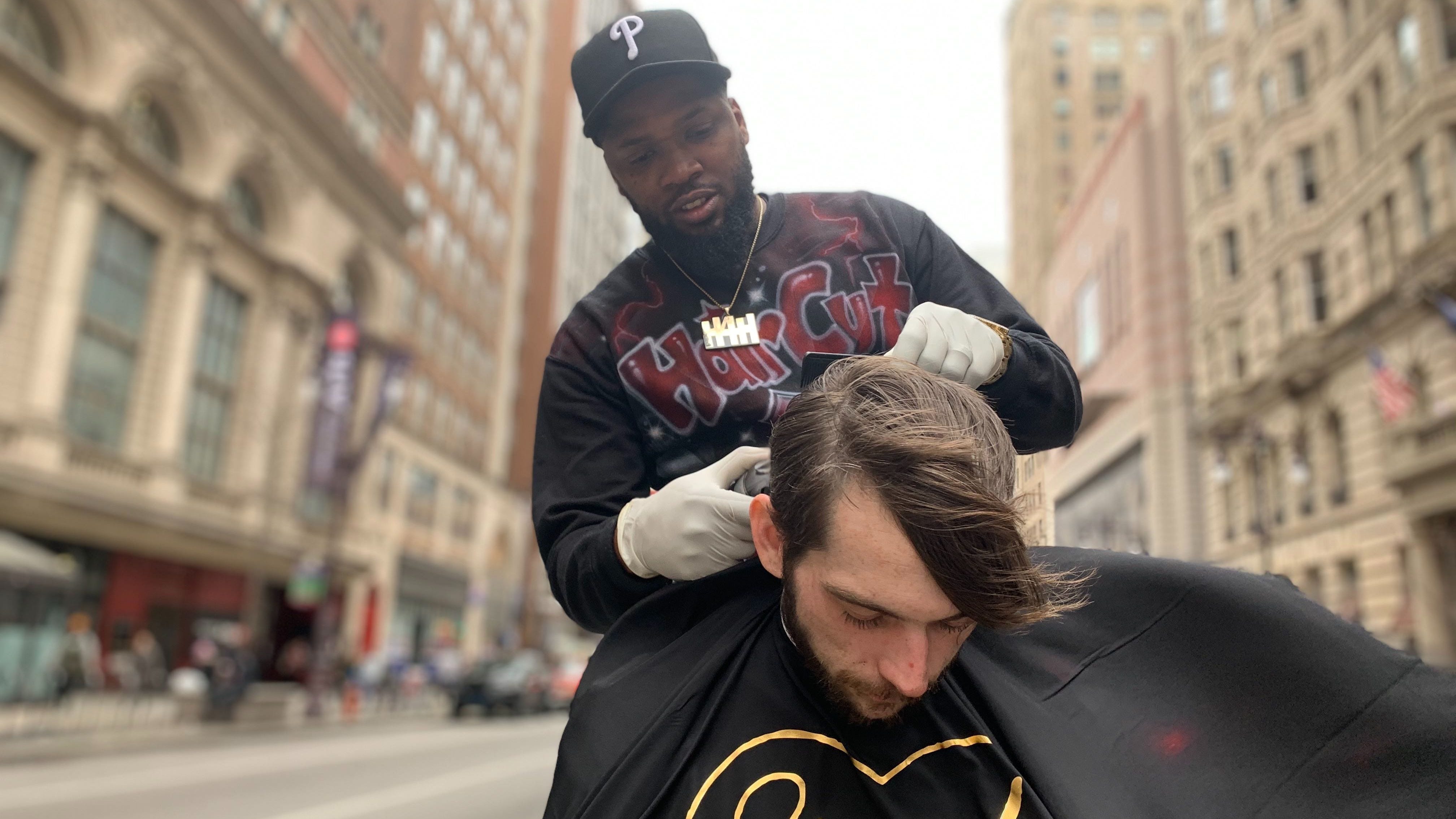