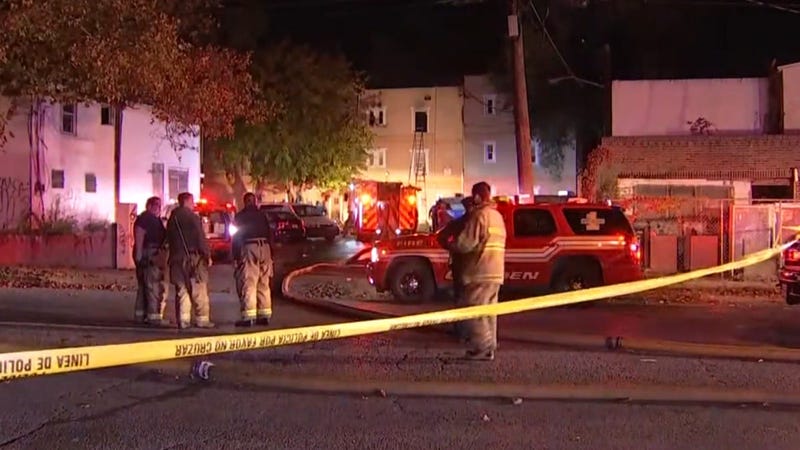 At least two people were killed and more than a half-dozen injured, including one firefighter, following a three-alarm fire at a Camden apartment building. Photo credit Courtesy of NBC10 Philadelphia
By Tim Jimenez KYW Newsradio 1060

The Camden County Prosecutor’s Office on Sunday night announced the charges against Brandon Adams, 34, who is homeless. They say he set the fire at the apartment building at 34th and Cramer Streets at around 3 a.m.

Two men, who have not been publicly identified, died in the fire. Many others scrambled to get out. Fire officials say some were crawling to avoid the smoke and flames while others jumped out of windows.

Authorities say 10 people, including a firefighter with minor injuries, were hurt. 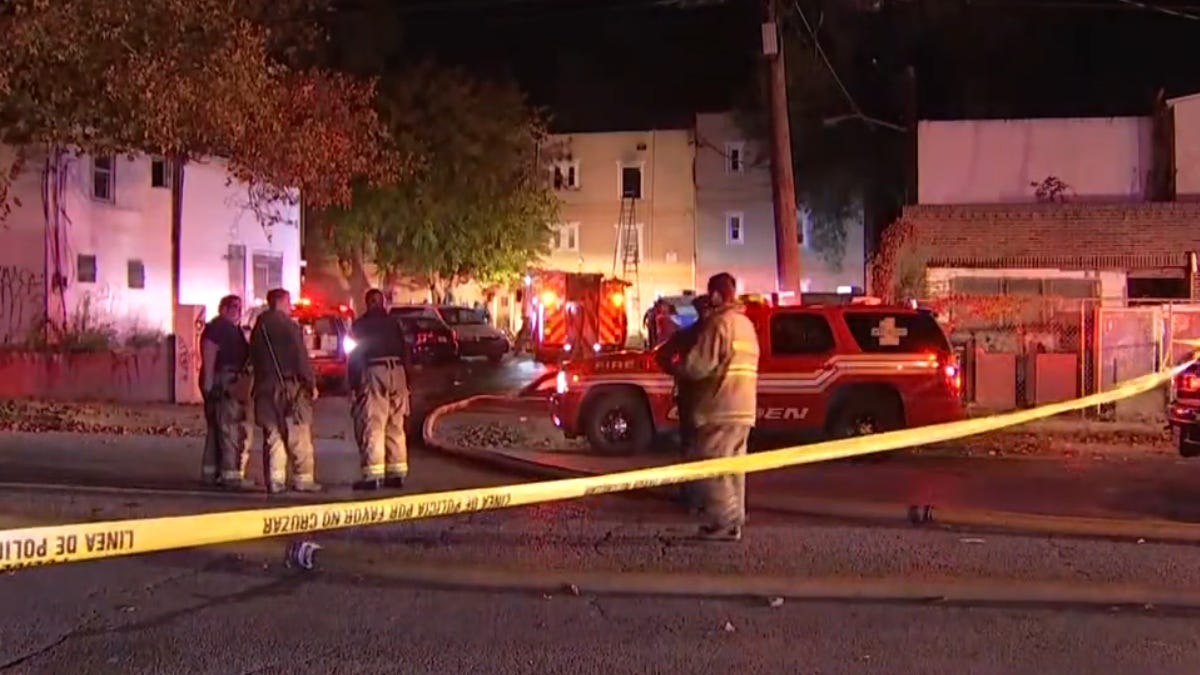 Three dozen people were forced out of their home and are getting help from the Red Cross.

Authorities say people in the community came forward with information and that helped lead to an arrest. Fire and law enforcement officials have not released a motive. They ask anyone with more information to give them a call as they continue to investigate.