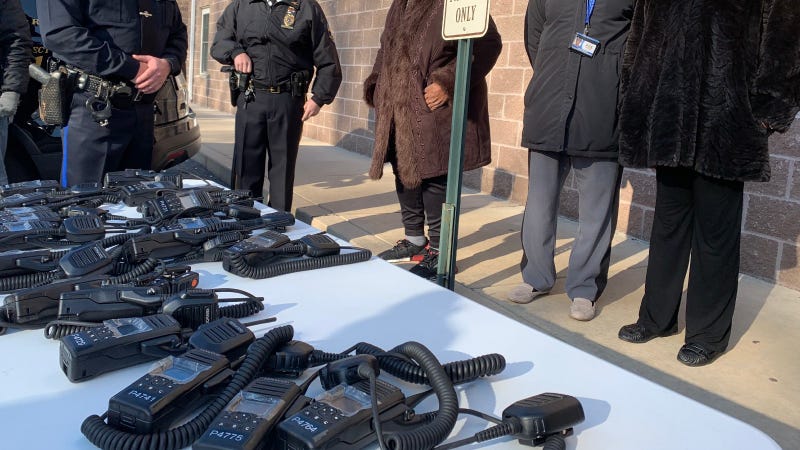 DELAWARE COUNTY, Pa. (KYW Newsradio) — First responders in Delaware County are getting a multimillion-dollar upgrade to their communications network, starting with a new radio system that officials say will save lives.

Dead zones and delays are just a few of the issues officials in Delaware County say they had with their radio network, and during the pandemic, it’s been even more important to be able to share information securely and quickly.

Every officer in the county will have their own radio as part of this program — a county first.

“Radios have unique features that include alternate channels that will be added, playback capability,” Boyce said.

Chris Eiserman with the Delaware County Fraternal Order of Police said these new radios are a much needed lifeline for officers.

“Without these radios, our police officers cannot communicate with the 911 system. The radio system has to work 100% of the time, every time,” Eiserman said.

Boyce said these radios come as the county begins its work building a $1.5 million radio system, which it's able to do thanks to a grant.

In addition to the new radios, police vehicles across the county will get a special radio cell phone that will allow police officers to stay in touch while outside of their jurisdiction, something they were not able to do before.

The entire overhaul of the county's emergency communications network is expected to cost between $50 million and $70 million.