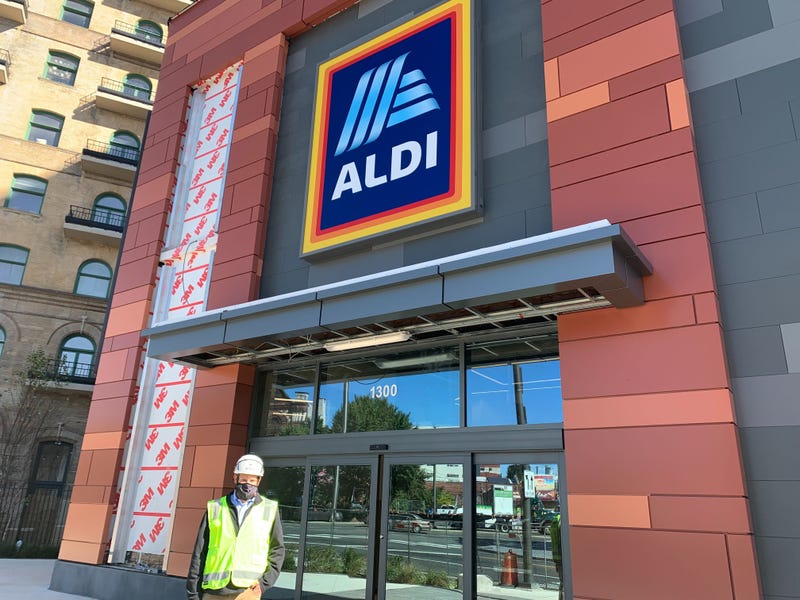 Spencer Levine, president of RAL Development, is ready to open a new Aldi at North Broad Street and Ridge Avenue. The site intersects multiple Philly neighborhoods, so he believes the grocery store will be a "transformative" experience for the community. It's expected to open in mid-November. Photo credit Hadas Kuznits/KYW Newsradio
By Hadas Kuznits KYW Newsradio 1060

PHILADELPHIA (KYW Newsradio) — A new grocery store is expected to be up and running on North Broad Street just in time for Thanksgiving.

“One of our partners had asked us to come down (from New York) and take a look at this property as they were trying to exit from it, and we fell in love with it,” he said. “It was actually three different pieces of land that was separated by Melon Street.”

The development has been years in the making, and soon, it will house a new Aldi. All three sites had to merge together in order to make enough space for a grocery store — a rarity for property located just north of Center City.

“That's why we saw it as such a great opportunity,” Levine said, “to do something that could be really transformative for the area.”

Because they were able to build the development from scratch, he said they spent a lot of time focusing on the streetscape.

“We're going to have some tables and benches in front of the Aldi so (people can think to themselves), ‘Oh, let me go pick up lunch or a cup of coffee on the way to the train in the morning.’ It's meant to really bring people in,” he said.

It’s already working. Levine has gotten to know a lot of the neighbors so far.

“They'll see me on the street and they'll yell, ‘Spencer, when are we opening the supermarket?  When can we get in?’ ”

The Aldi is expected to open in mid-November. Levine said they’re in the final stages.

“Really, it's tying up loose ends. The lift that you hear in the background is connecting the lights, and the product has to arrive.”

For more details, listen to the KYW Newsradio original podcast What’s Cooking on the RADIO.COM app.