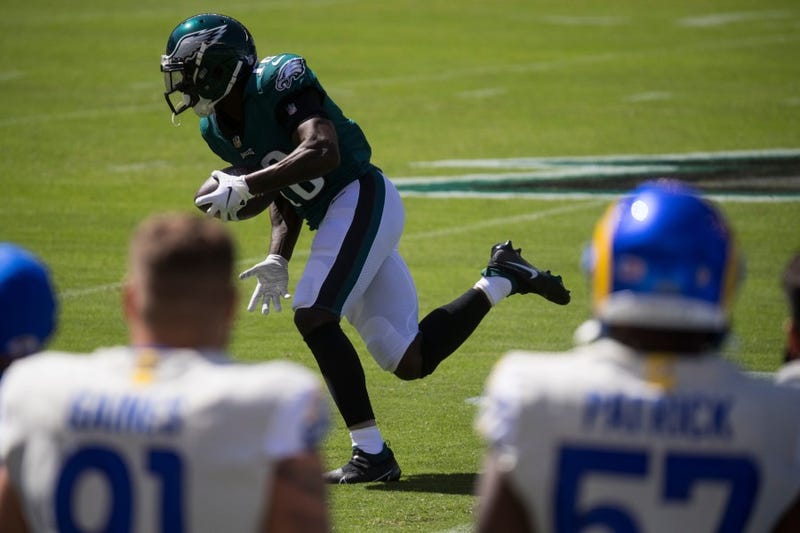 PHILADELPHIA (KYW Newsradio) — The reinforcements are on the way.

The Eagles are getting set to take on the Cowboys Sunday night at the Linc, and as the list of injured players continues to shrink, the Eagles expect to be healthier by the second half of the season.

Just how many players are able to return Sunday night may not be determined until right before kickoff, but coach Doug Pederson is excited to get several players back for the stretch drive.

"We can just hang on here and keep things together," said Pederson.  "Keep battling, keep fighting the way the guys have, and we know we've got around the corner, we have some of our starters that are coming back, and that's exciting looking forward,” he said.

The Eagles will be getting wide receiver Jalen Reagor back for their game, tackle Jason Peters is likely to return, and several other injured players continue to make progress.

If Peters starts at left tackle on Sunday, then Jordan Mailata will likely go back to the bench.

Although Mailata struggled in his last game against the Giants, he has been a capable replacement, and Pederson said Mailata will now get a chance to watch and learn after gaining valuable experience.

"It allows Jordan to see the big picture and kind of step back and observe that way and sometimes that helps young players," Pederson said. "But whatever the decision is there at left tackle and really the whole offensive line, these guys are prepared, they are excited, and they are ready to go."

Even as several players return, the trade deadline is less than a week away. The Eagles have been active in the past and could make more moves with a chance to win their division and go to the playoffs.  However, Pederson will let the front office worry about trades as he prepares his team for Sunday night's game.

"I don't focus too much on that as much as just getting the team ready to play," Pederson said. "Knowing that, again, we've got some guys that are getting healthy and should return soon."

Meanwhile, the showdown with the Cowboys will be a chance for the Eagles to increase their lead in the NFC East, as well as a chance to renew one of football's greatest rivalries.

"We're sitting here with two wins a piece and it still means a lot," Pederson said. "That's the thing about the NFC East. It doesn't matter who you're playing. Your opponent, whether one team is banged up or one team is not or vice versa or both teams are banged up, both teams are coming in here and they are going to play hard and both teams want to win. It's a great rivalry."