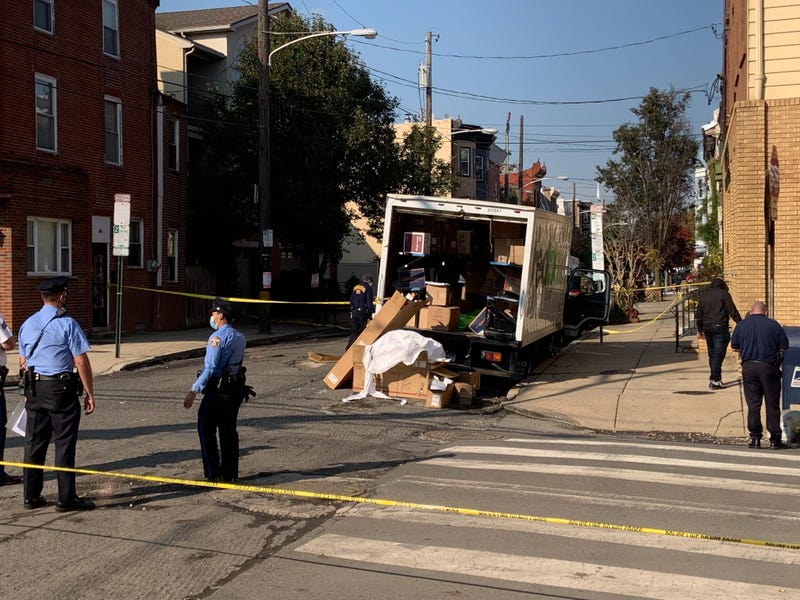 A FedEx delivery driver was shot in the chest and leg in the city’s Queen Village neighborhood, where police are on the scene. He is in critical condition. Photo credit John McDevitt/KYW Newsradio
By Kristen Johanson and John McDevitt KYW Newsradio 1060

The 30-year-old driver was shot in the chest and leg around noon at Third and Christian streets, after he parked his truck to make deliveries.

He was taken to Thomas Jefferson University Hospital in critical condition.

One person has been taken into custody.

Law enforcement sources told KYW Newsradio that the driver and the shooter may know each other, and the attack was likely not random.

In a statement, FedEx said, "We are aware of the terrible incident involving a team member in Philadelphia this afternoon, and our thoughts are with him during this time. There is no higher priority for FedEx Ground than the safety of our team members. We are cooperating fully with the authorities as they conduct their investigation."

The motive is still under investigation, as authorities check security cameras in the area.