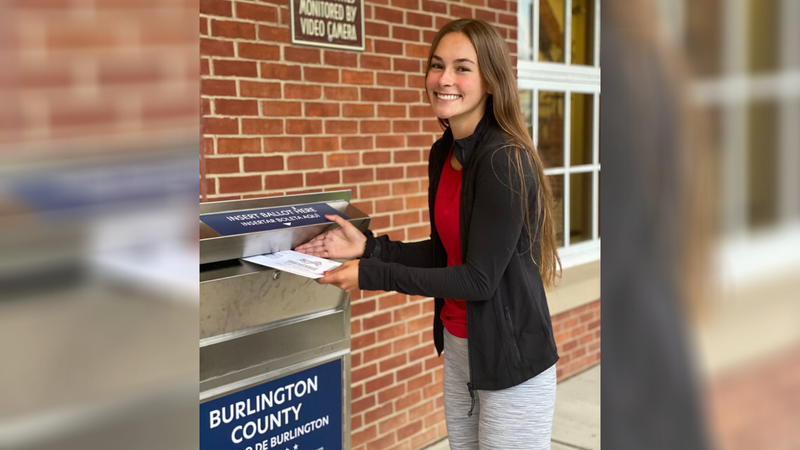 She’s been active in her community organizing voter registration drives — and she’s a first-time voter.

She finally got the chance to cast her first vote a few days ago, and she proclaimed she’s “not on the sidelines anymore.”

“Taking part on Election Day was really inspiring and exciting for me,” said the 18-year-old, who delivered her mail-in ballot at a drop-off box in South Jersey.

She’s watched the women in her family cast their votes for years.

“It’s always meant so much to my mom and my grandma, especially because of the long fight that women and other groups had in order to get the right to vote.”

Despite the contentious election and ongoing ballot-counting process, Brinkman said she’s confident democracy is at work.

“I really want the process to play out and votes to be counted,” she said, “for everyone's voice to be heard.”

The ballot-counting process has been “very confusing,” he admitted, “and having to wait so long to find out who the winner is keeps everybody on pins and needles.”

Despite the unusual factors this year has brought about, “it’s a really good election for young people, and they're going to feel like they've been successful in using the electoral process to advance their interests.”