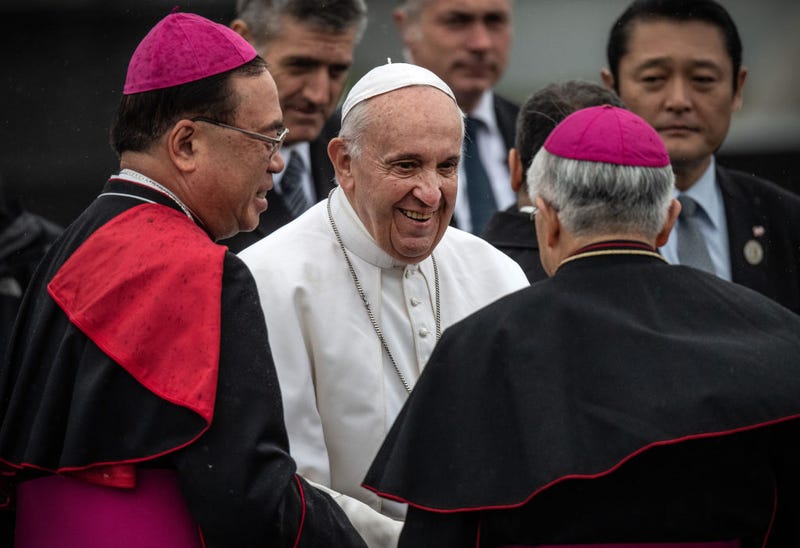 PHILADELPHIA (KYW Newsradio) — A veteran LGBT activist and a long-time Vatican journalist both based in Philadelphia are weighing in on the pope’s support for civil unions.

Segal said the pope signaled he has been supportive of the LGBT community from the very beginning of his papacy and even before he was elected.

Segal pointed out that even as an Argentinian cardinal, Francis endorsed civil unions at the time the South American country’s president was considering supporting gay marriage.

“There are many LGBT Catholics out there who really want to embrace their faith and I think this gives them reason for hope,” Segal explained. “And, I have nothing but a warm place in my heart for all those LGBT Catholics who today finally feel hope.”

He said he also believes the pope is sending a message to the U.S. bishops about their behavior and wants them to change, too.

“And I think this is one way that the pope says to them: ‘OK, it’s about time that you begin to see the LGBT community and embrace them and take them in. And, rather than hate them, beginning to show Christianity towards them.’ ”

Rocco Palmo, who publishes stories about the Vatican and Catholic church issues online at “Whispers in the Loggia,” said he, too, isn’t surprised.

Palmo said Francis believes health care is a human right and falls into line with the long established principles of Catholic social teaching.

“And, so in terms of civil unions, they grant benefits,” Palmo said. “So, it’s not a question of say, what happens in somebody’s bedroom, but what can a stable domestic arrangement bring to the wider society even if it’s outside the bounds of Catholic teaching.”

“In a pluralistic society, the way the world works is not always going to reflect the teaching of the church,” he said.

But Palmo said it may be some time before the church blesses civil unions because of its doctrine on marriage being between a man and a woman.

Meanwhile, the Archdiocese of Philadelphia released a statement Wednesday evening on the comments of Pope Francis in the documentary.

“It is important to note that the remarks appeared in the context of a film and not a Church teaching document. Further, the references involved civil unions. The Holy Father has consistently affirmed the Sacrament of Marriage as a union between one man and one woman on many occasions just as he has affirmed the need to treat all people with respect and dignity,” the archdiocese said in the statement.