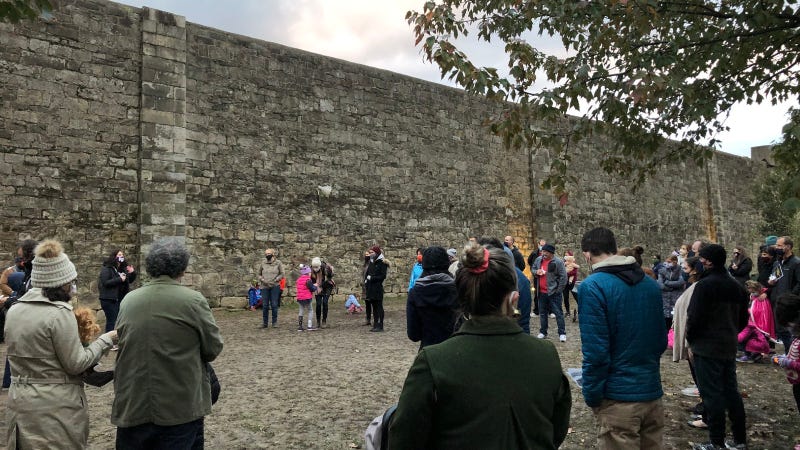 Families came out by the dozens in the brisk fall weather to show solidarity with their West Philadelphia neighbors and Wallace's family.

“I hope that this makes people feel more inclined to take action and really show up. All I really did was make a flyer and it all just came together,” said Kathy Javian, who organized the event along with Meghan Burnette.

The vigil began with House Rep. Donna Bullock sharing her experience as a mother of two little Black boys living in North Philadelphia. She spoke to the other mounting perils and pain that Philadelphia communities are facing.

“There’s been a lot going on in the city for a long time,” said Christopher Desmond.

They lit candles, said a prayer and passed around resources for ways to continue their involvement.

Many parents like Desmond say their attendance was an opportunity to teach their kids about what happened to Wallace and the unrest in the city following his death.

“And so we’re just trying to educate them and trying to make them aware of what’s going on,” Desmond said.