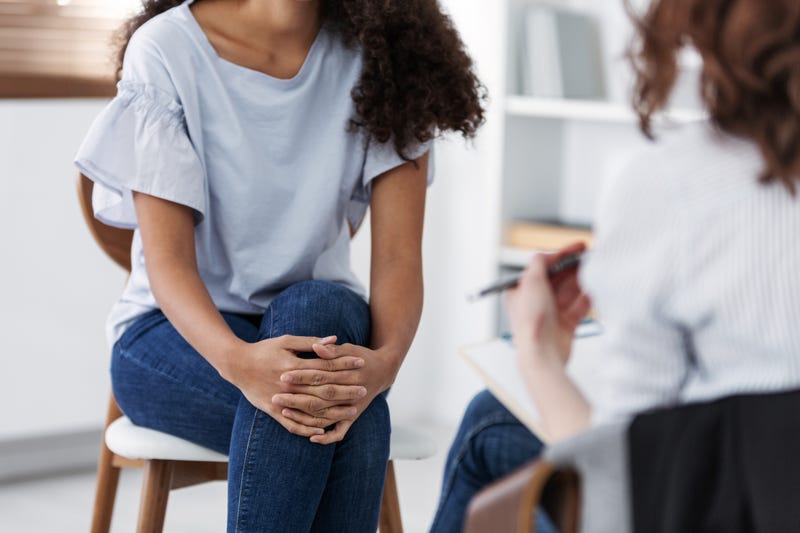 Montgomery County author Ronni Robinson says the pandemic and all of the social distancing and isolation has hit those with eating disorders hard. Photo credit iStock/Getty Images Plus
By Kim Glovas KYW Newsradio

PHILADELPHIA (KYW Newsradio) -- Instances of overeating, purging and anorexia have soared during the pandemic. Montgomery County author Ronni Robinson has written a book about her own experience with overeating and how to get it under control.

Robinson’s book, "Out of the Pantry: A Disordered Eating Journey," is her memoir of a 30-year eating disorder and how she overcame it. Robinson has been recovering from overeating for 13 years. She says the pandemic has had a negative impact on people and their eating habits, and she cites a study by the National Eating Disorder Association last summer.

Robinson says most people are familiar with anorexia and bulimia, which is overeating and purging.

"The less spoken-about one, but a big one, is binge eating, or compulsive overeating, where there’s the intake of tons and tons of calories and there is no purging," she said.

Compulsive overeating was her addiction.

She  says the pandemic and all of the social distancing and isolation  hit those with eating disorders hard.

"There’s much more anxiety, depression. For a while, we lacked structure in our lives. It was isolating," she said. "And all of these things, if you were trying to recover, were setbacks. And anybody who had been recovered, a lot of people relapsed."

Robinson says being aware is the first step. The second is reaching out for help. She recommends finding a mental health professional to get you on the right track.

Robinson says if you want to get help, there are a number of online communities where you can start. But, she says, don’t keep it a secret.

"If you think you have developed an eating disorder, or have relapsed, tell somebody. Don’t keep it inside. You are only as sick as your secrets, and you need to talk about it, and you need to get some help."