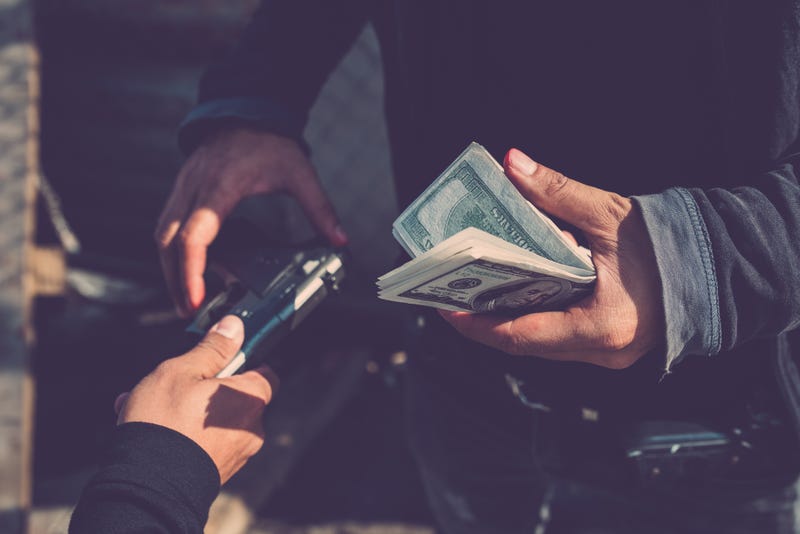 “After the straw purchasers filled out the federal and state paperwork and lied on it, vowing this gun was for their own use, they walk out of the gun store, hand the gun or guns over to other members of the organization, who immediately sold, arming the people who the law says cannot have a gun," Montgomery County District Attorney Kevin Steele

Steele says the group bought 44 guns illegally, and they’ve been able to track down only six so far.

“But the 38 others, we don’t know where they are," Steele said. "And that's the danger of the straw purchase. We may never know the true extent of the damage that these defendants, the juveniles, have done.”

Steele says after Plymouth Township police officer Brad Fox was murdered on-duty in 2012 with an illegally purchased gun, the sentences for straw purchasing were increased in Pennsylvania.

He says 23-year-old Anthony McCrary of Philadelphia faces more than 150 years in prison for making 35 straw purchases from July 3 to Aug. 27, 2020.

“And for what? For what? Our investigation has found they were paid $150 to $200 for each trip to the gun store," Steele said.

Others are facing from 15 to 20 years in prison.

Steele says those firearms were purchased for a gun-trafficking group led by Terrance Barker, 19, of Philadelphia; Mikal Scott, 18, of Cheltenham; and a 17-year-old male from Norristown.

Also involved were Ashon Pearson, 23, of Norristown; Jamil Brown, 18, John McDonald, 21, and Clarence Codada, 18, all of Philadelphia; and four other juvenile males ranging in age from 14 to 17 years old.