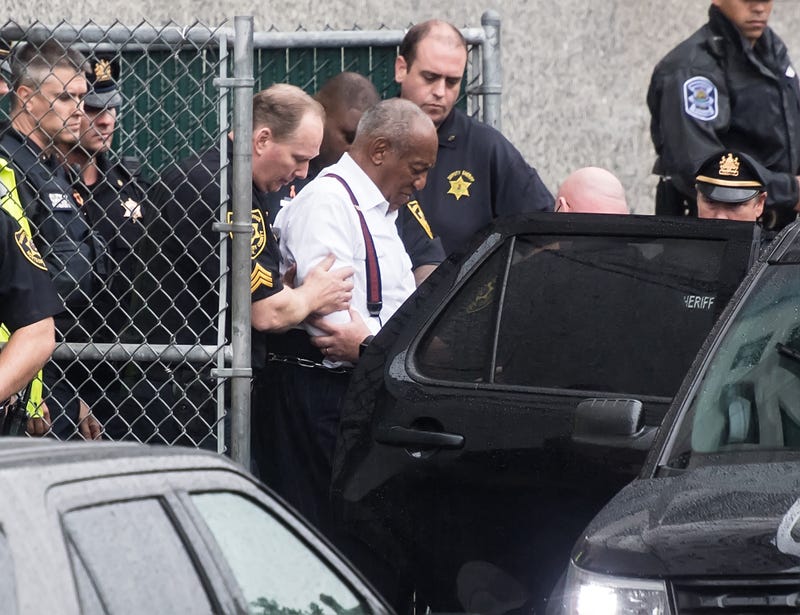 Bill Cosby is taken out of the Montgomery County Courthouse to state prison in shackles after being sentenced to three to 10 years in prison for sexual assault, Sept. 25, 2018, Norristown, Pennsylvania. Photo credit Gilbert Carrasquillo/Getty Images
By Jim Melwert

PHILADELPHIA (KYW Newsradio) — According to Montgomery County District Attorney Kevin Steele, Bill Cosby’s attorneys are grasping for straws and ignoring evidence of the case in their latest appeal of Cosby’s sexual assault conviction.

In a 193-page filing with the Pennsylvania Supreme Court, prosecutors say the trial judge was well within the law in allowing five other accusers to testify. They say not only did those other women show a pattern of his behavior, but that past behavior shows Cosby couldn’t have mistaken Andrea Constand’s level of consciousness or her inability to consent.

Cosby’s lawyers, however, argue the 83-year-old got caught up “in the fervor of the #MeToo movement.” They say he was stripped of his presumption of innocence and forced to “defend half a dozen mini-trials involving antiquated claims.”

The defense will have a chance to respond to the latest filing, then the state Supreme Court will schedule oral arguments.

Cosby was convicted of aggravated indecent assault in September 2018. He has been in SCI Phoenix in Montgomery County serving a three- to 10-year sentence.