The terrible towels will be waving Sunday, as Pittsburgh is allowing 5,500 fans to attend when the Eagles visit the Steelers.

Subaru Park in Chester will also have soccer fans in the bleachers Sunday night when the Union plays Montreal. 2,775 people are allowed inside, but that number includes players and staff.

Friday night football is a treasured pastime throughout the state, and it was a return to the bleachers for a lot of high school football families. Players, cheerleaders and band members were each given two tickets to the rivalry game between Central Bucks East and Central Bucks South. 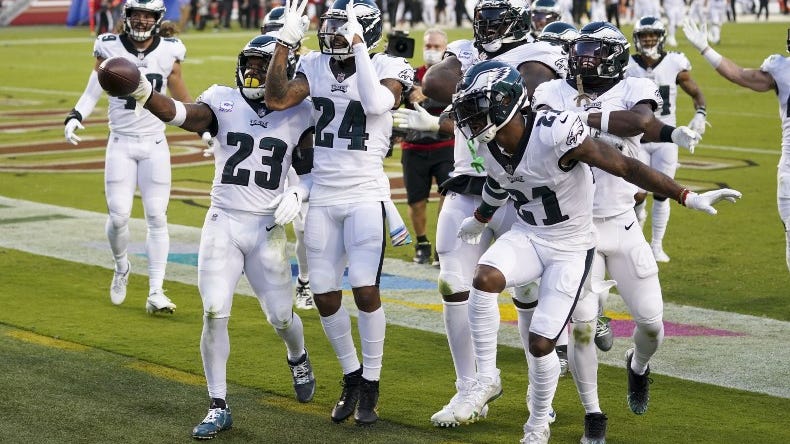 Eagles will see fans in the stands in Pittsburgh

Some attendees didn't know if or when this day would come and told NBC 10 they were happy to be back in the bleachers to cheer on loved ones.

"I'm grateful for my two tickets. We'll enjoy what we have and hopefully this ends soon," said one fan.

"It's bizarre," noted another, saying this was a long time coming. "It's a shame that it has to happen."

"There's nothing about this preseason and the preparation for this season that has been normal," another attendee said.

While things still aren't back to normal, fans are excited to see the stadiums packed again.