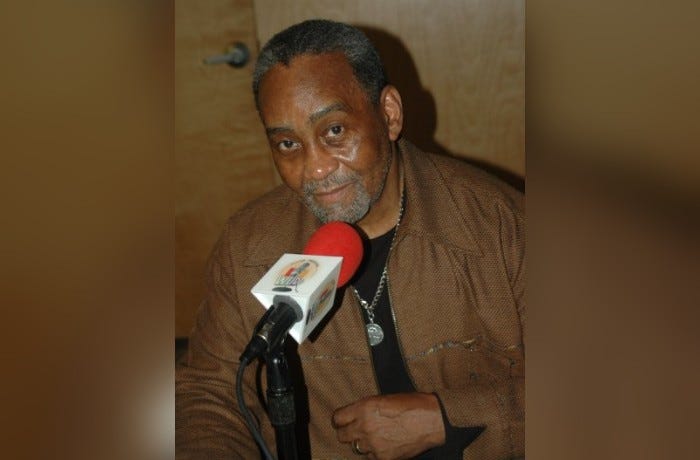 Philadelphia broadcasting pioneer Cody Anderson has died at age 78. He was a former general manager at WDAS-FM and WURD-AM, and a former owner of WHAT-AM. Photo credit Courtesy of WURD Radio
By Shara Dae Howard KYW Newsradio

His son Bill Anderson, a reporter for FOX 29, confirmed Anderson's death in a Facebook post, writing that his father was sick, but "wasn't afraid to die because his faith was strong and he would get to see so many loved ones that passed before him."

Most recently, Anderson co-hosted a weekend show for WURD, called "The Electric Magazine."

I’ve been sitting up all night trying to find the words to express the feelings of losing our father, husband and best...

Bennett explained that because Anderson was the first general manager of WURD, the only Black-owned and operated talk radio station in Pennsylvania, Anderson saw it as an honor, as well as a responsibility, one he took to heart.

"When I was the editor of the Tribune and he was the general manager of WDAS, we did a lot of things together that were designed to enhance the life of the African American community," he said.

"He was promoting and advancing diversity, equity and inclusion in a lot of these major broadcast stations in Philadelphia," he recalled.

In addition to being a "boots on the ground" advocate and force behind WDAS' UNITY Day on the Parkway, Anderson's legacy will also be the doors he propped open for generations to come.

My thoughts on the passing of my dear friend and @onwurd co-host #CodyAnderson.

My prayers are with his family and colleagues tonight.
Rest in Power, sir. pic.twitter.com/jYwvh2czpC

Philadelphia City Council President Darrell Clarke wrote on Twitter, "It is on us now to carry on in his memory and in service to others."

In addition to son Bill, Anderson leaves behind his wife Verna, daughter Theresa and another son, Kyle.