PHILADELPHIA (KYW Newsradio) — Almost two months after Philadelphia officials announced they would hire temporary workers to address widespread delays in trash and recycling collection, a Streets Department official said the full complement of 145 new hires is finally on the street.

“Onboarding people turned out to be a more difficult process,” said Deputy commissioner Keith Warren. “It’s a very arduous process anyway but COVID lent another layer to that process. As of today, though, we did hit that goal.”

The city has been struggling to maintain collection schedules since the spring, when the COVID-19 shutdown greatly increased the volume of household waste, while the rate of absenteeism in the department skyrocketed.

Collections fell five days behind and Warren admits that, while it was working to catch up, the city simply stopped collecting and processing recycling separately and simply sent it to Waste Management, where it was turned into fuel pellets with trash, or to the Covanta trash-to-energy plant in Chester to be incinerated. 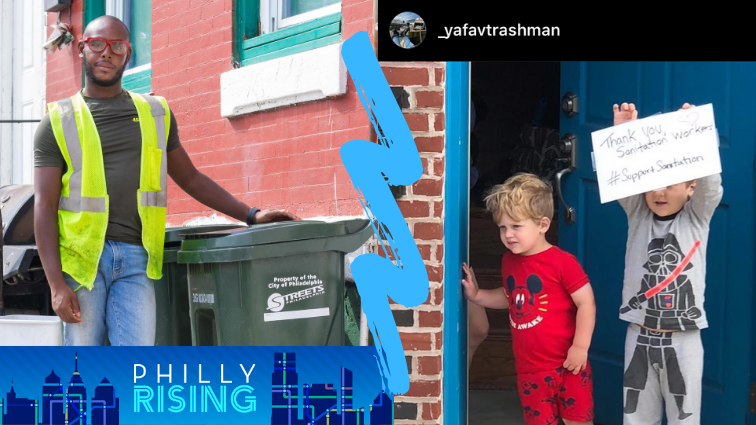 Philly Rising: 'Ya fav trashman' uses Instagram to show the ins and outs of the job

“Rather than leave trash and recycling sitting at the curb, because of the risk to public health, we collected both commodities simultaneously,” he said.

Those days appear to be over — at least for now.

Warren said the new workers have allowed the city to put about 200 crews on the street, close to its normal staffing.

In the depths of the manpower shortage, the city was down to about 130 crews.

With the increase in residential waste, Warren said the city could really use closer to 240 crews, something the city might be able to manage if the rate of absenteeism came down a bit.

“There are a myriad of issues with people getting to work with COVID and those things are still happening,” he said. “For right now, though, we have the resources to return to pretty much a normal collection of recycling and rubbish being collected separately and it looks for the foreseeable future like we’ll be able to maintain that.”

He is not, however, complacent.

“Will there be days, because of resources, that we have to collect both commodities in order not to leave the stuff on the street and maintain trash on time? Yes,” he said.