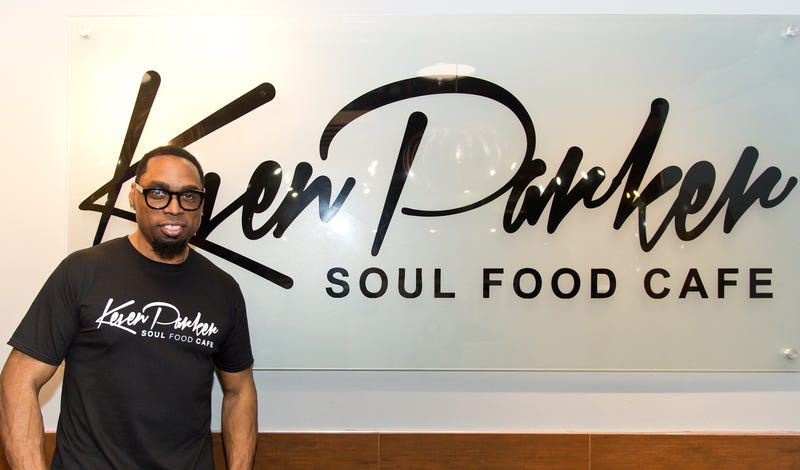 PHILADELPHIA (KYW Newsradio) — KeVen Parker, the beloved Philadelphia soul food entrepreneur and owner of Ms. Tootsie’s on South Street, has died. He was 57.

Parker was a staple of the Philly food scene. His food garnered dozens of accolades, from Black Enterprise magazine to the Food Network’s “The Best Thing I Ever Ate,” and so on.

Condolences immediately poured out on social media from people who were shocked to hear of Parker’s sudden death.

“He was such a part of Philadelphia,” said radio personality and friend Patti Jackson. “The culture, the life, the arts, the food.

“Oh my god, the food was unmatched. Like those lamb chops at Ms. Tootsie’s — oh my goodness.”

“Councilwoman (Jannie) Blackwell has a Christmas party for homeless children at the Convention Center, and KeVen always donated 100% of the food,” he recalled.

In fact, Mezzaroba said Parker had just received national attention when he opened his stand in 2013. Mezzaroba stopped by the cafe Friday when he heard Parker died.

“His staff was completely in tears,” he said. “They were hugging each other. They were completely devastated. You could tell it was more just than a boss-employee relationship. He absolutely was like losing a member of the family.”

Parker’s longtime friend Giovanni Thompson said he was a champion for minorities, too.

“The young LGBT community, he always was just like a helping hand there, wanting them to be successful and teaching them the ropes,” she said.

“The amount of minority restaurant owners in the city, we can probably count on one hand, unfortunately,” added Qamara Edwards, a member of the board of directors for the Pennsylvania Restaurant and Lodging Association.

“He was the industry of culinary for the African-American people in Philadelphia,” said Darlene Jones, owner of Star Fusion Restaurant.

Parker also championed young caterers and gave them their start — including people like Jones.

“He didn’t even know me from a can of paint. When I called him and asked him a question on how to get started, he took my phone call,” she said.

Thompson said he will be missed.

“He is definitely someone that can be put on the Philly Mount Rushmore for, I think, the Black community. He’s just an icon on so many levels. He just impacted so many people.”