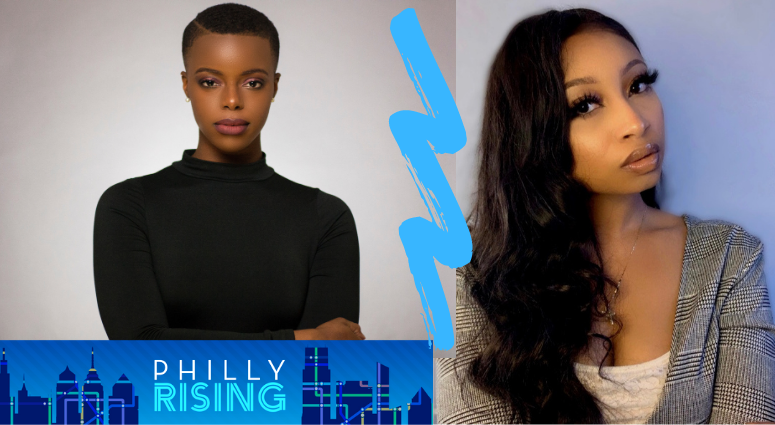 PHILADELPHIA (KYW Newsradio) -- For 23-year-old Alexis Akarolo, protesting wasn’t enough. After a day of demonstrating in June, she says she felt called to do more.

“The civil unrest happening with George Floyd and the lack of relief," she said. "Businesses are suffering. People are suffering."

Akarolo wanted to help support Black businesses suffering from the effects of the coronavirus pandemic, magnified by long-existing racial and systemic inequities.

"I kind of called it 'divine intervention.' I felt like I had ancestors in my ear," she said.

That intervention led her to start a fundraising campaign to help “redistributing the wealth.” As donations started pouring in, Akarolo called on her former Penn State Abington roommate, 23-year-old Zelnnetta Clark, for help.

That’s when the pair founded their nonprofit, Rebuild the Block Corporation.

Through the power of social media, they were able to raise more than $200,000 in just a few weeks -- all of which they plan to invest back into Black-owned businesses, which she says have had a harder time accessing COVID-19 relief.

"We’re already lacking in access to capital, access to wealth, access to loans -- a list of systematic racism that not only affect us in our personal life and business life as entrepreneurs. Our businesses have closed down twice as much,” she explained.

Over the past four months, the rebuild movement has become national, with the team giving away grants to business owners from Pennsylvania to California.

She says it’s been a blessing to be able to bless others. Akaralo, a Nigerian-American, hopes to make the movement international soon.

“We’ve been growing. We’ve been educating ourselves, because we’re pretty much just a bunch of young people that came together and said, 'Hey, I’m available to work, to do some research, to help in any way that I can.'"

She says she hopes people will continue to share the nonprofit’s mission through social media.