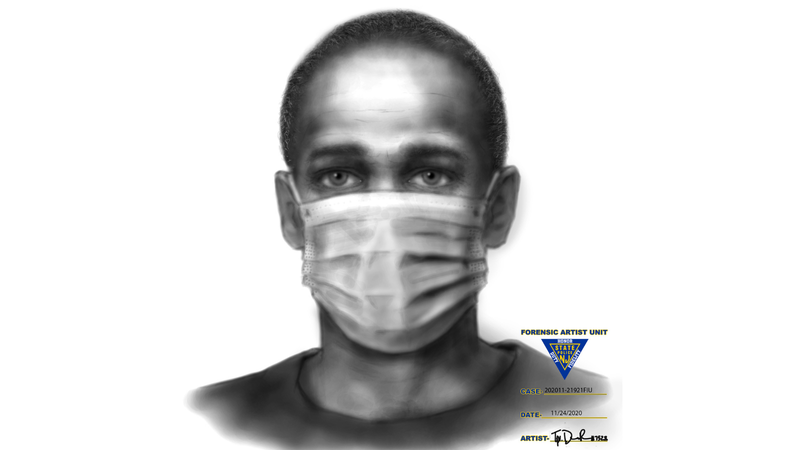 Cherry Hill police are looking for a man they believe attacked and robbed two women in separate incidents at the same apartment complex within the last two weeks. Investigators created this composite sketch based on the victims' statements. Photo credit Cherry Hill Police Department
By Mike DeNardo KYW Newsradio

SOUTH JERSEY (KYW Newsradio) — Cherry Hill police are looking for a man they believe attacked and robbed two women in separate incidents at the same apartment complex within the last two weeks.

Both incidents occurred at the Plaza Grande Apartments off of Route 70. Cherry Hill Police Lt. John Ostermueller said in each case, the man confronted a woman holding packages.

“We are investigating it as if both incidents are related,” he said.

On Nov. 20 around 7:30 p.m., Ostermueller said the man struck up a conversation with a woman carrying bags. She was heading to the elevator in her apartment complex from the parking garage.

“The victim in town, who resides at the location, was entering her parking garage where she encountered a male, who is by all accounts hanging in the area of the garage,” he said. “The male suspect produced a handgun and ordered her off the elevator, back into the common parking garage, and ultimately toward the dark sedan where he popped the trunk.

“The male actor indicated, ‘I will shoot you if you do not get into the trunk,’ ” Ostermueller continued.

The man then pistol-whipped the woman, but she was able to break free and run inside to the lobby. He also stole her bags.

In the same complex on Nov. 14, police say a woman was knocked to the ground as she unloaded packages. She screamed, and the man got away in a dark sedan.

Anyone with information is asked to call the Cherry Hill Police Department at 856-488-7828. Tips can also be submitted anonymously by emailing tips@cherryhillpolice.com.