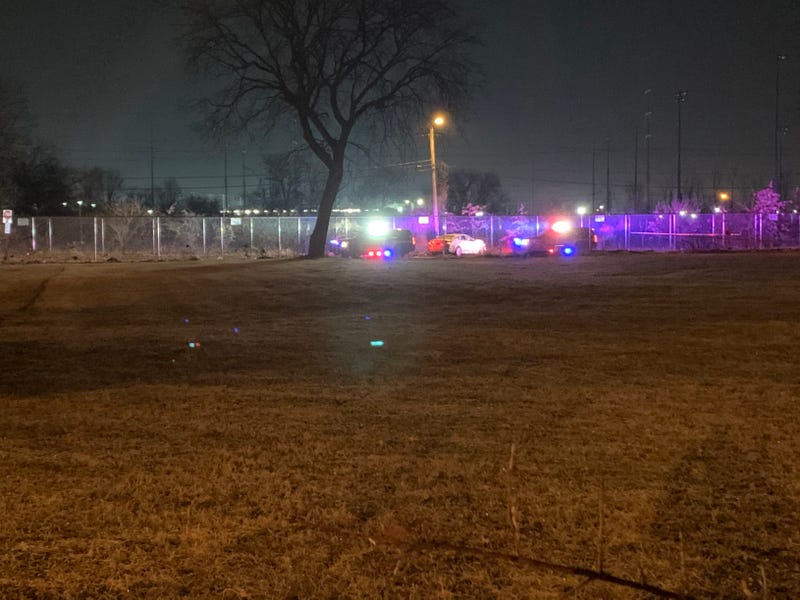 Police in New Castle County, Delaware, say officers shot and killed a person who was behind the wheel of a car and speeding towards them. Photo credit Tim Jimenez/KYW Newsradio
By Tim Jimenez KYW Newsradio

WILMINGTON, Del. (KYW Newsradio) -- Police in New Castle County, Delaware, say officers shot and killed someone whose car was speeding directly toward them in a Wilmington neighborhood overnight.

A temporary fence separated houses Wednesday morning from the scene of the incident near 24th Street and Rosemont Avenue. New Castle County Police say, around 1 a.m. Wednesday, officers were investigating a car they had deemed to be suspicious. When they approached, the car went down a dead end, made a U-turn, and sped back toward the officers, according to police.

Incident still under investigation. Per department policy, officers aren’t allowed to shoot at a car unless it’s a last resort. pic.twitter.com/I9AMRNjYhn

Police say the officers fired at the car and hit the driver. The cops tried first aid, and medics arrived at the scene, but the driver was soon pronounced dead.

The entire incident is under investigation. Police have not released any details about the driver, the officers involved or how many shots were fired. The car has New York license plates.

New Castle County police policy holds that shooting at a car allowed only as a last resort if the car is being used as a deadly weapon and if innocent people are not at risk from the gunfire.

New Castle County Police ask anyone with information to call their Division of Police Criminal Investigations Unit at 302-395-8110 or their non-emergency number, 302-573-2800.