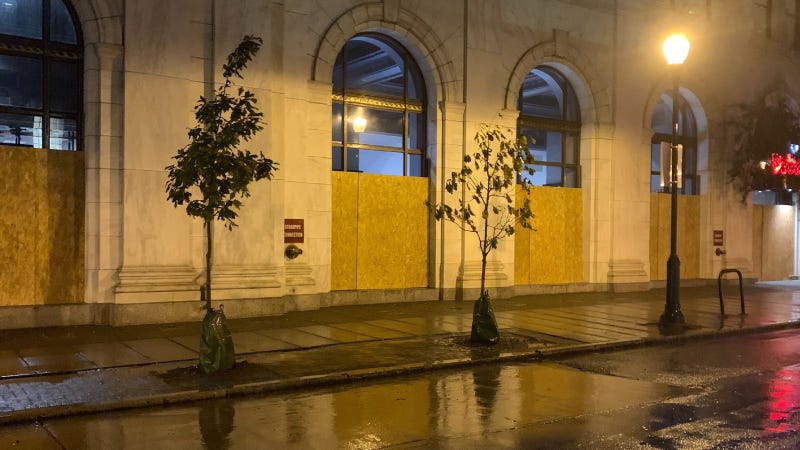 PHILADELPHIA (KYW Newsradio) — Will windowless storefronts be a thing of the future? The possibility of that happening, particularly in urban settings, are now being considered by retailers.

NEST, a national facilities management company based in South Jersey, said its local service providers have been challenged with board ups and cleanups, including in Philadelphia, because of the civil unrest.

“The bigger brands that have a big presence in the downtown areas have already been asking can we be ready if something goes wrong?” said  NEST CEO Rob Almond.

Retailers are looking for ways to protect assets by reconfiguring facades of buildings, like fortifying windows or doing away with them all together.

“And that sounds crazy right because the window is the curb appeal when you are walking down in Rittenhouse,” said Almond.

NEST has been involved in the reconfiguration process of retailers' space before, but mostly indoors, like adding self checkouts during the pandemic.