PHILADELPHIA (KYW Newsradio) — A state representative has apologized after he posted a transphobic meme on social media, mocking Pennsylvania's outgoing secretary of health.

Republican Rep. Jeff Pyle of Western Pennsylvania posted the meme on his Facebook page. It mocked the appearance of Dr. Rachel Levine, who President Joe Biden recently hand-picked to serve in his administration as his assistant health secretary.

In a statement issued via Facebook, Pyle said in part that he "had no idea" the post "would be received as poorly," but that "tens of thousands of heated emails" assured him that it was. He went on to say "from this situation I have learned to not poke fun at people different than me and to hold my tongue."

The apology was not enough to comfort many people, including the Pennsylvania General Assembly's LGBTQ+ Equality Caucus, which also issued a statement asking for Pyle to be reprimanded. Pyle has also received comments on his Facebook page demanding his resignation. 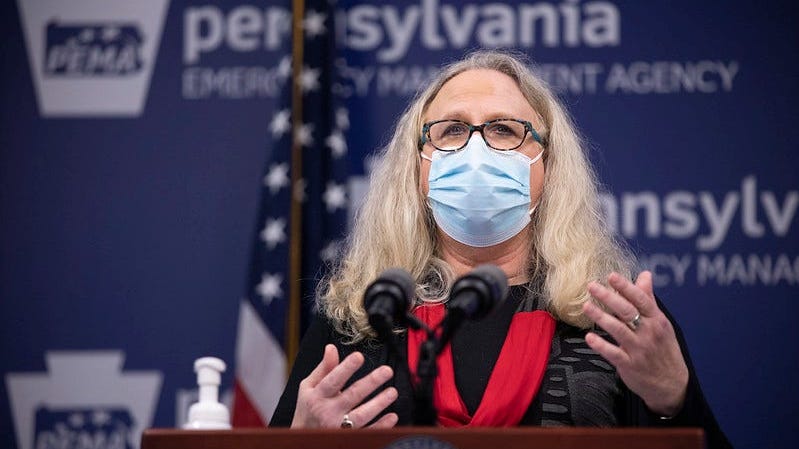 If confirmed by the Senate, Levine will be the highest ranking openly transgender government official in U.S. history.

Last month, she was honored by the Anti-Defamation League for her courage and perseverance in standing up to hate and relentless internet attacks, while helping Pennsylvanians through the pandemic.

Though Pyle asserted he would not resign from office, he has deleted his public Facebook page, having written he would do so to focus on rebuilding the state economy through the COVID-19 pandemic.

The Pennsylvania Department of Health did not immediately respond to KYW Newsradio's request for comment on the situation and Pyle's apology.