PHILADELPHIA (KYW Newsradio) — The 83-year-old man who was bound, beaten and gagged inside his Juniata home died this week from his injuries. Philadelphia homicide detectives have now released surveillance video of two men entering the elderly man’s home and are urging the public to watch it and call in tips.

The two men can be seen walking up opposite sides of Fairhill Street near Fifth and Luzerne streets just after 10 p.m., meeting in front of the home where Mauricio Gesmundo Sr. was sitting down to eat dinner on New Year’s Eve.

One of the men can be seen wearing a puffy jacket, the other is in all black. The two then go inside and beat him, said Homicide Capt. Jason Smith.

“He was tied and gagged with duct tape and zip ties in the front bedroom of that location,” Smith said.

The 83-year-old’s son and daughter-in-law, whom he lived with, came home around 3 a.m. and found him unconscious. 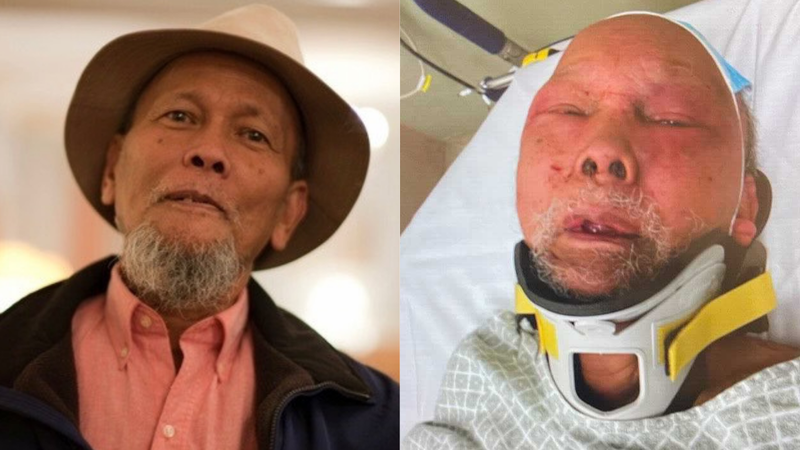 “The incident would appear to be a home invasion robbery at this point in time,” Smith added.

Gesmundo spent weeks in the hospital and died Monday.

Smith said somewhere between $30,000 to $50,000 was taken from a safe inside the home. The two men can be seen on video leaving the home.