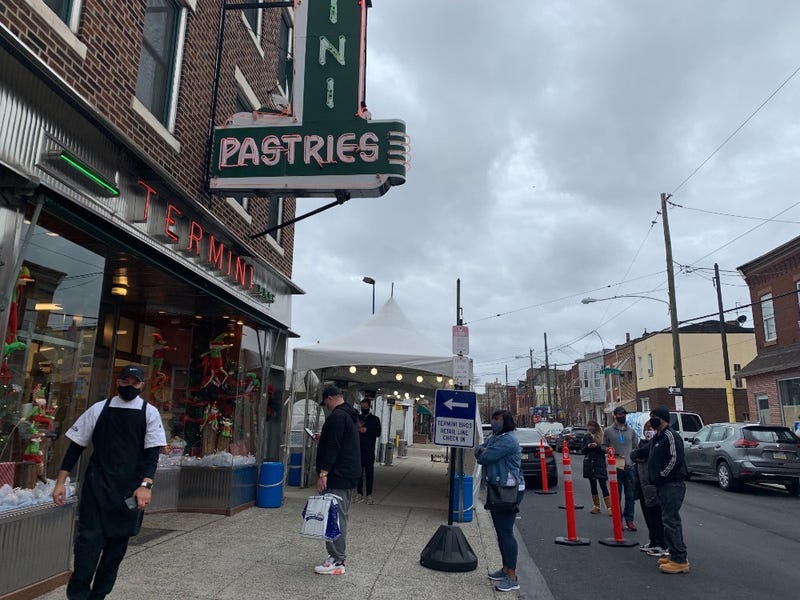 Maureen Kahn of Collegeville said while she picks up her treats each year at Termini Brothers Bakery in South Philadelphia, this year was very different.

There was no line that snaked through the kitchen, there was no surprise Santa appearance, and no free samples of breakfast pizza or other treats to munch on while you wait.

But she understands. Kahn works as a school nurse and she has seen a lot of devastation this year.

She said of the season, "It's just heartbreaking."

Vincent Termini Jr., a third generation baker at Termini Brothers, said due to COVID-19 health protocols, they just couldn't bring the line through their kitchen this year.

There was, however, a tent outside with heat lamps, where people stood in line 6 feet apart as they waited to be called into the store. 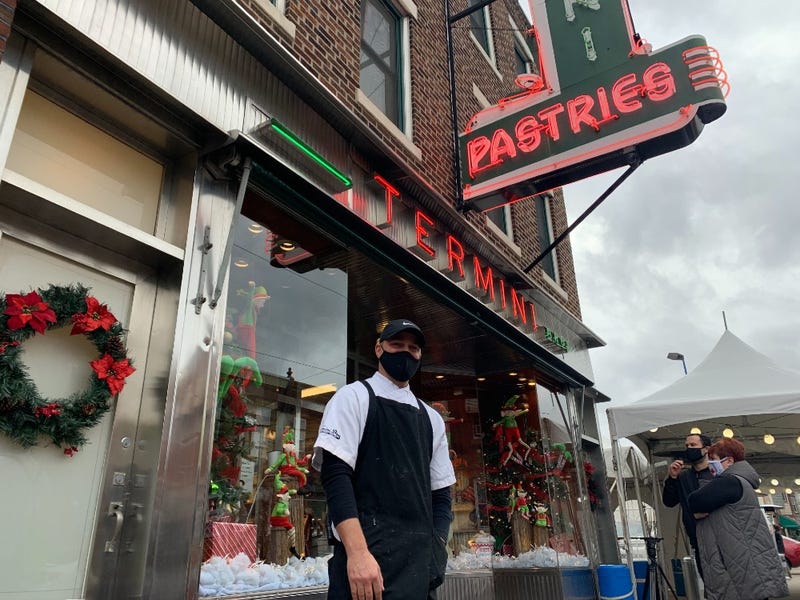 There was also a separate entrance for pick-up, and Termini Jr. said most of their orders this year were online.

The Quaker City String Band was also there to entertain customers in line.

Jim McGugen, a saxophonist with the band, said they came to keep the atmosphere festive, but playing to the crowd during a time when his and other string bands are usually preparing for Philadelphia's annual New Year's Day Mummers Parade was a reminder that it would not be happening due to COVID-19 restrictions.

"We normally would be getting ready two days a week, three days a week. Right now, nothing,” he said.

Termini Jr. said this was the first time in 64 years that his father wasn't the one to open the door to the bakers on Christmas Eve.

"This year he decided not to do it. Obviously, because of COVID. He's at home. We did FaceTime him, though,” he said.

But for some customers, he said the pull of tradition was strong.

"There was a guy out here this morning. He was about 70 years old. He's been coming here for 60 years and it was his first time being the first in line, and he was so proud to say it,” Termini Jr. recalled.

Although this year's tradition of picking up cannolis was subdued, Steve Kahn said they wanted to do it because it was a respite from all that's been going on in the world.

Speaking of 2020 at the bakery, Termini Jr. had tears in his eyes, but said next year will be better. Not only because the bakery turns 100, but because he hopes the pandemic will be over.

"Yes, hopefully we'll be celebrating a lot more than our anniversary,” he said.