PHILADELPHIA (KYW Newsradio) -- President Donald Trump and former Vice President Joe Biden had dueling town hall events on what was supposed to be the night of their second debate. The president was in Miami, while the Democratic nominee was in Philadelphia.

Biden’s event, broadcast on ABC, was at the National Constitution Center, where President Trump had a similar town hall a month prior.

Moderator George Stephanopoulos asked Biden about the idea of "court packing" -- that is, adding seats to the U.S. Supreme Court -- if judge Amy Coney Barrett is confirmed as a justice. Biden and running mate Sen. Kamala Harris have been evasive when asked about that in recent weeks. Biden on Thursday night said he’s “not a fan” of court packing, but he did not close the door on doing so if elected, saying he wants to see what kind of debate there will be in the Senate before Barrett’s confirmation moves forward.

"No matter what answer I gave you, if I say it, that’s the headline tomorrow. It won’t be about what’s going on now, the improper way they’re proceeding," Biden said.

"But don’t voters have a right to know where you stand?" Stephanopoulos asked.

"So you’ll come out with a clear position before Election Day?" 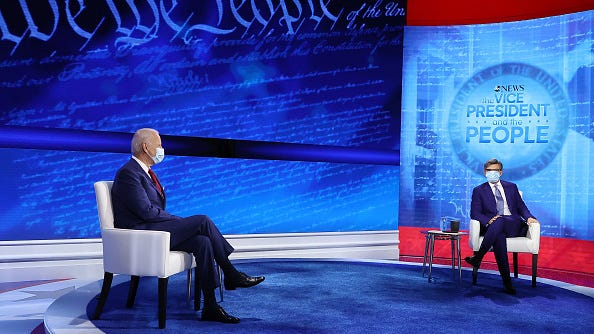 Joe Biden to young Black voters: ‘You can determine the outcome of this election’

With the balance of the Supreme Court at stake, Biden expressed concern for the the rights of the LGBTQ community and the fate of the Affordable Care Act.

He continued his criticism of the president's handling of the coronavirus pandemic and his mixed messaging on mask wearing.

"When a president doesn’t wear a mask or makes fun of folks like me when I was wearing a mask for a long time, then people say, ‘Well, it mustn’t be that important," Biden said.

In Miami, Trump had his town hall event which was broadcast on NBC. He was asked about his health following his COVID-19 diagnosis and said he was symptom free. He acknowledged there were issues with his lungs, but he did not say whether or not he had pneumonia. Moderator Savannah Guthrie asked if he was tested before the presidential debate, which occurred two days before he said he tested positive.

“Possibly I did, possibly I didn’t,” the president responded after saying he gets tested a lot but not every day. 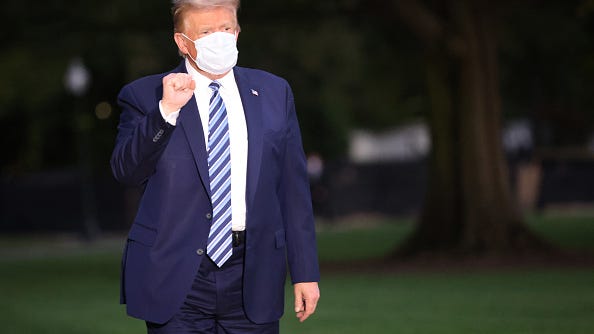 President Trump addresses masks and getting COVID: 'I can't be in a basement'

He said he did not regret having the White House event for Barrett’s nomination, despite the fact that several people who were in attendance consequently tested positive for COVID-19.

"You can see people with a mask though, right?" NBC moderator Samantha Guthrie asked.

"I can, but people with masks are catching it all the time," Trump said.

He said he was “okay” with masks but also inaccurately described a recent CDC study that showed that dining out raised the risk of being infected more than other social activities. The CDC tweeted on Wednesday, “The interpretation that more mask-wearers are getting infected compared to non-mask wearers is incorrect.” 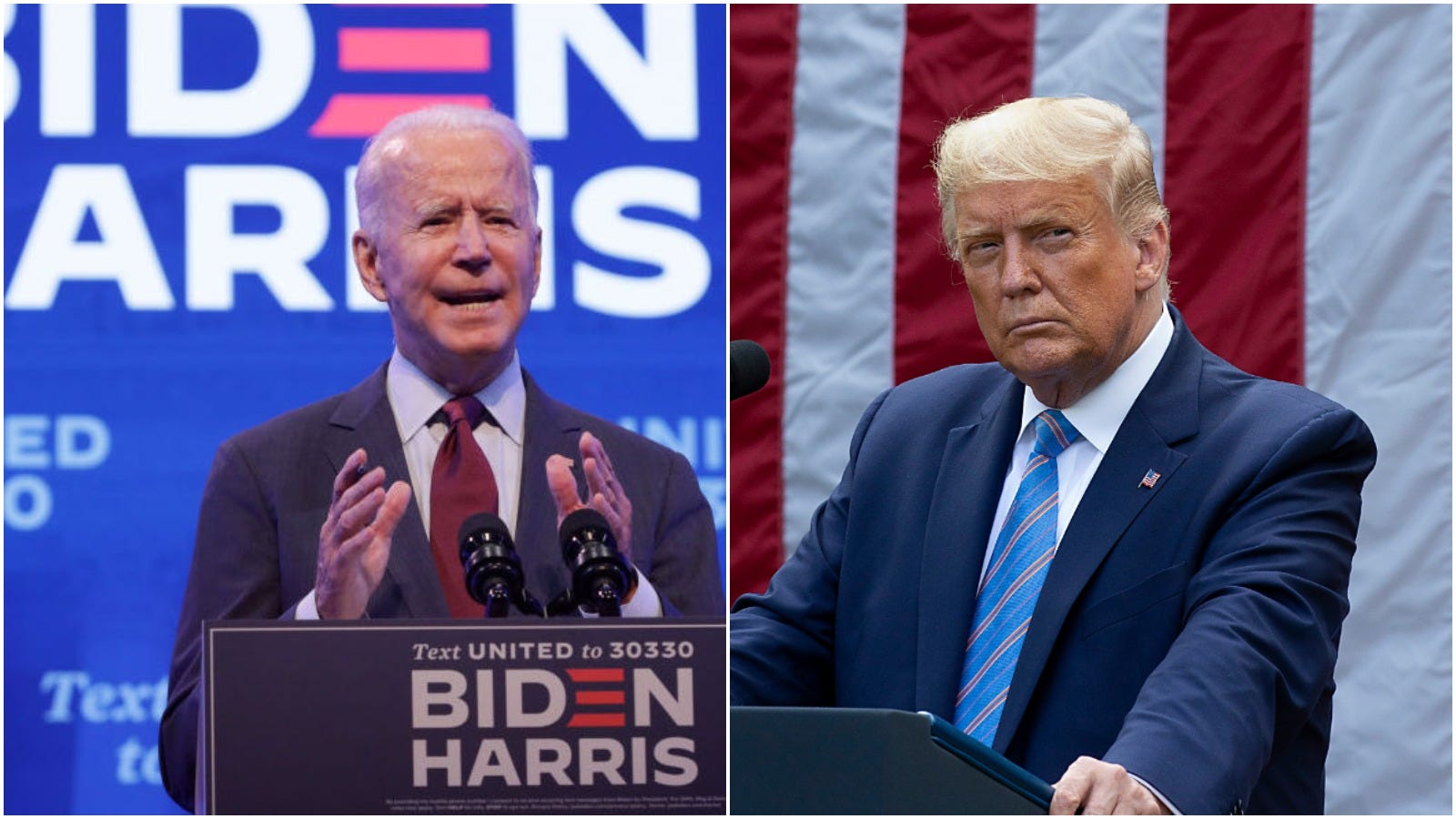 The president continued to defend his administration’s response to the virus and blamed China. Despite spikes in cases in the country, the President said the U.S was getting on the right track.

“It’s rounding the corner and we have the vaccines coming and we have the therapies coming,” President Trump said. He then credited the treatments he was given including the antibody drugs cocktail from pharmaceutical company Regeneron.

The president denounced white supremacy, and Guthrie asked if he would also denounce the conspiracy theory group QAnon.

The president said, “I know nothing about QAnon.” He later added, “What I do hear about it is they are very strongly against pedophilia, and I agree with that.”

QAnon, which the FBI deems a domestic terror threat, promotes claims, without legitimate evidence, that the president is combatting a cabal of Satan worshipers who are running a global child sex-trafficking ring.

When asked about retweeting such conspiracy theories, including one that claimed Biden and former President Barack Obama tried to have Seal Team Six, which killed Osama Bin Laden, killed themselves, the president said, “That was an opinion of somebody. And that was a retweet. I'll put it out there. People can decide for themselves.

Guthrie responded, “You're the president. You're not, like, someone's crazy uncle who can just retweet whatever!"

Thursday’s town halls were scheduled after the Trump campaign refused to agree to the Commission on Presidential Debates changing the format of the second debate from in-person to remote following the president’s COVID-19 diagnosis.

The final debate is tentatively scheduled for Oct. 22 at Belmont University in Nashville, Tennessee.