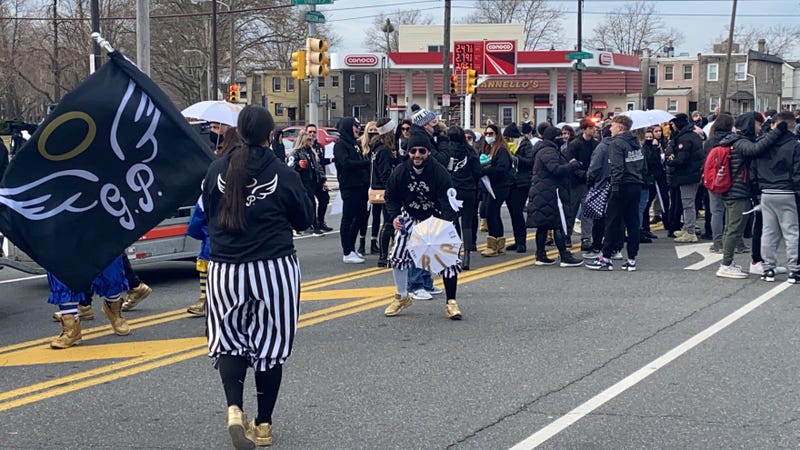 PHILADELPHIA (KYW Newsradio) -- There were some Mummers strutting through South Philly Friday morning, but it was nothing like a normal New Year's Day.

Normally, there are droves of people filing into their club houses, loading rental trucks with supplies for the day and tuning their instruments -- but not this year. All of those plans were scrapped with the pandemic.

Some groups had organized a protest against the cancellation of the Mummers Day Parade. Thousands responded to the unofficial event, called "Mummers/New Year’s Day Peaceful Protest against Mayor Kenney," though two mummers divisions had also urged people to stay home and stay safe.

"It’s important to remember that the bulk of the mummers and their organized groups made clear that they weren’t going to march this year because of health concerns. The major divisions of the parade who are organized made that decision early on," Kenney said. 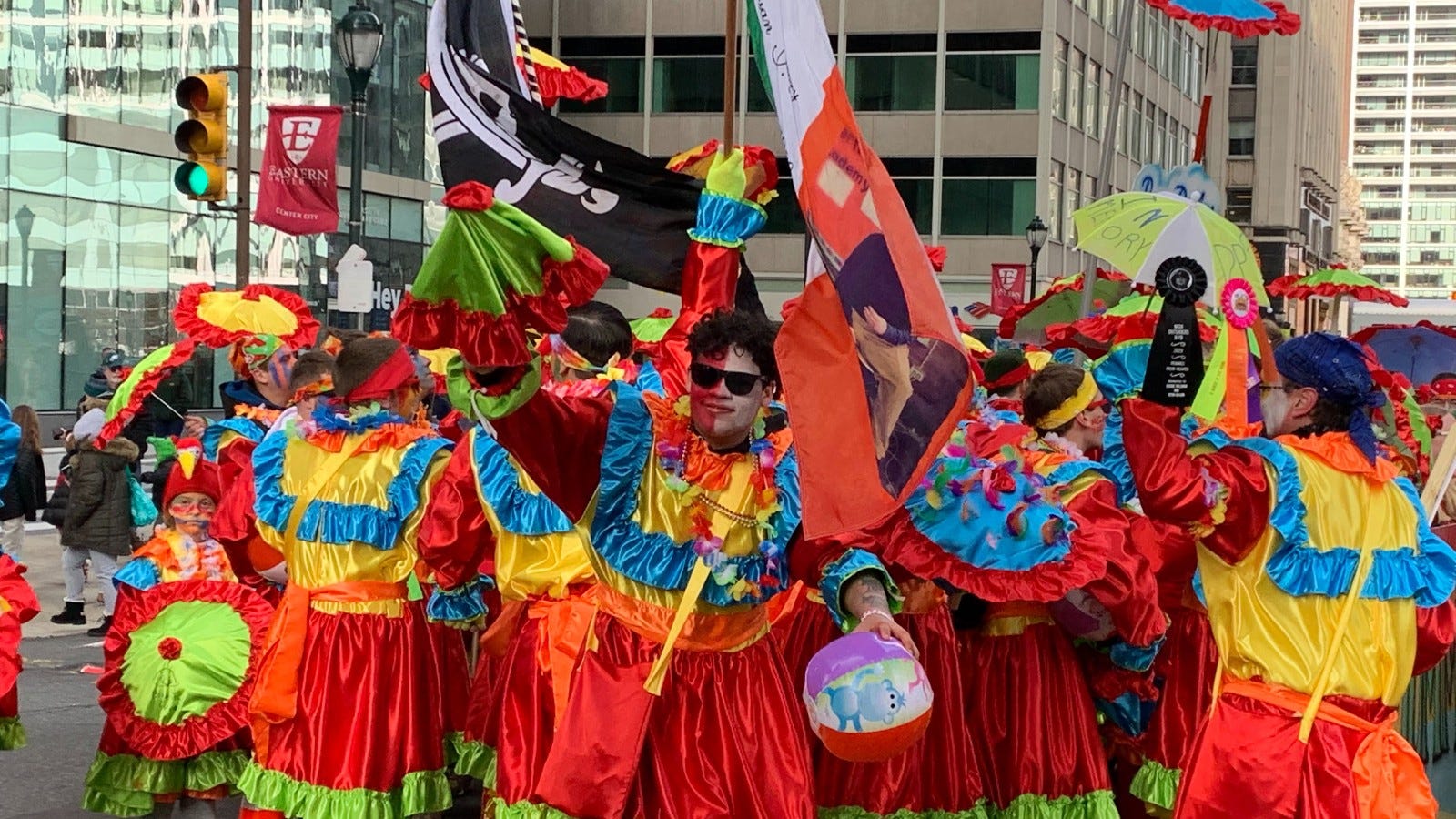 There were flyers posted in some places asking people not to participate in any sort of parade and to not embarrass the community or the mummers. 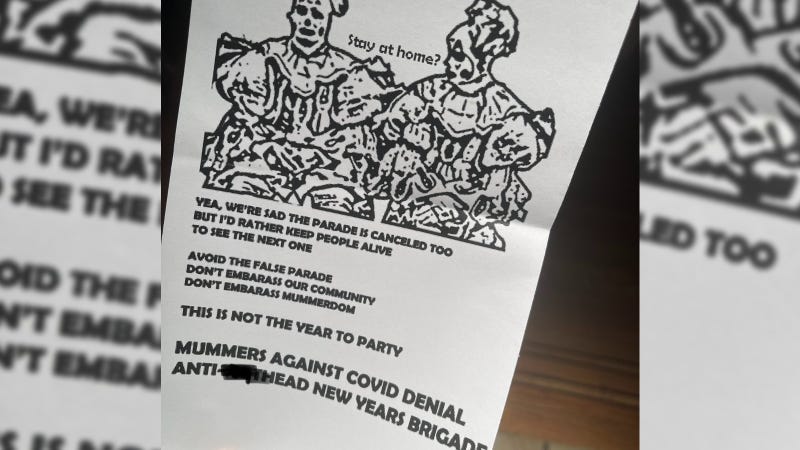 A flier distributed in South Philadelphia urged people not to participate in protests or demonstrations against the cancellation of the Mummers Day Parade. Photo credit Antionette Lee/KYW Newsradio

The morning began quietly with a small crowd gathering along 2nd Street. Small groups of friends and family chatted and laughed, and drank a few beers.

Police were on hand to keep the peace. Kenney had said that anyone who showed up should wear a mask to protect one another, but it appears many people ignored that request.

Then over the police scanner came word of a few other groups scattered in the area. One of them was at Broad and Oregon streets, where about 50 people following a truck with a sound system were followed by a police escort.

They made a stop to visit a family very important to them. Anthony Grasso says they marched to the front door of a fallen friend, George Piccoli, who died in August of COVID-19. Grasso says Piccoli hosted a party on New Year's Eve every year.

"And he loved it. This was his favorite day. So we’re doing it for him," Grasso said.

Grasso said the people in their group were all flying flags in Piccoli's honor.