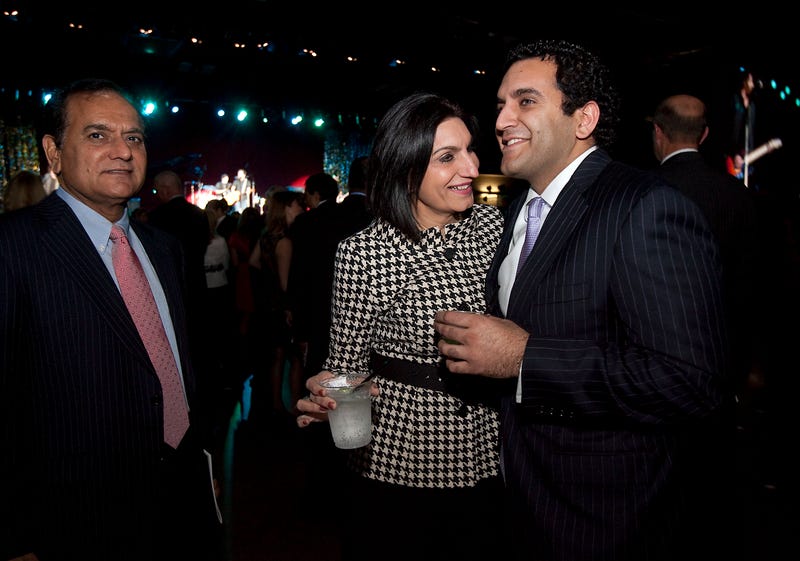 DALLAS (AP) — An Austin real estate developer at the center of recent allegations against Texas Attorney General Ken Paxton asked for an investigation into his uncorroborated claims that other businessmen have an elaborate conspiracy to steal $200 million worth of his properties with the help of a federal judge.

The Associated Press obtained a copy of a Nate Paul's undated complaint, which reveals that the developer’s claims focused on his business to an extent not previously known and raises new questions about the Republican attorney general’s handling of allegations made by a wealthy donor.

After Paxton hired an outside lawyer to investigate Paul’s claims, his seven top deputies reported the attorney general to the FBI for alleged abuse of office, bribery and other crimes linked to his relationship with Paul.

In his complaint to prosecutors in Austin, Paul said the owner of a chain of Texas car dealerships schemed with lawyers, investors and others to seize his assets. The developer accuses 11 people of an intricate fraud that was allegedly set to include the judge and another court-appointed official facilitating a “rigged auction."

The signed, 10-page “request to investigate" is one of two from Paul that were referred to Paxton’s office, setting off the remarkable revolt by the Republican’s staff.

Paul’s complaint is largely based on things he says he heard second-hand. Many of those accused are in business and legal fights with Paul, and some derided his claims as ridiculous. None have been charged with crimes.

A retired FBI agent who reviewed the complaint called the plot as likely as “winning the lottery.”

“I’m confident these allegations are all a bunch of complete nonsense,” said Keith Byers, an attorney in the Houston area who previously oversaw FBI public corruption cases. “The unfortunate part of this is that the good name of a seemingly reputable judge is being smeared by these wild and farcical allegations.”

Paxton dropped the case after it became public. He has denied any wrongdoing and cast blame on “rogue employees and their false allegations.”

His staff's accusations have nonetheless fueled new calls for the resignation of an attorney general who’s spent most of his tenure in office maintaining his innocence in the face of unrelated criminal charges.

Paxton said he hired Houston criminal defense attorney Brandon Cammack to probe Paul's claims of wrongdoing by the FBI, which searched the developer's home and office last year. But the attorney general's office has not answered questions about the fraud complaint.

Cammack has declined to discuss the substance of his work for Paxton. But a person with knowledge of the investigation said Cammack referenced the second complaint in an invoice for his work. The person spoke on condition of anonymity out of concern the person could face retribution.

The fraud complaint seems to explain why Cammack served subpoenas to people in legal and business disputes with Paul.

The developer gave Paxton a $25,000 campaign contribution in 2018, but the full nature of their relationship is unclear.

Paul alleges car dealership owner Bryan Hardeman and his son planned to leverage $43 million of debt owed by Paul's companies to seize $200 million worth of the developer's properties.

Hardeman's “grand plan” was to buy the debt and consolidate it into a bankruptcy case before a judge with an “illegal side deal,” the complaint states. The judge would then force Paul's companies into the hands of a court-appointed receiver also in on the deal. Finally, the receiver would sell the properties in an auction Hardeman rigged so he could win and net more than $150 million.

Paul said he got wind of the plot in mid-September after Hardeman tried to recruit one of the developer’s investors, Alan Nalle.

Nalle said Hardeman approached him about buying some debt Nalle holds on one of Paul’s properties, but questioned the characterization of this as a planned fraud.

“I guess you could get there but that seems like a stretch to me,” Nalle said during a brief interview.

Hardeman did immediately respond to messages seeking comment left with his lawyer and office. In an Oct. 22 deposition, Hardeman said that he has never communicated with the judge or receiver, according to a partial transcript filed in another case involving Paul.

Judge Tony Davis is overseeing several bankruptcy cases involving Paul’s companies. A clerk said in an email, “We do not comment on matters involving parties or cases pending before us.”

A lawyer for the receiver, Gregory Milligan, said, "The allegations that my client is involved in a conspiracy of any sort are ludicrous and wholly without merit.”

Paul's lawyer, Michael Wynne, said his client has "significant evidence" to support his allegations but declined to elaborate. “I will reserve further comment since this is an ongoing investigation,” he said.

Travis County District Attorney Margaret Moore said Paxton approached her office to set up a meeting with Paul and his lawyer and that local prosecutors referred both of Paul's subsequent complaints to the attorney general's office.

The first complaint was sent to Paxton's office because it involved allegations against the state and federal investigators, who would normally handle such a case. The second was sent to Cammack because he was already looking into Paul's allegations and it dealt with a federal judge, Moore told AP.

The person with knowledge of the investigation in the attorney general's office said Paxton's top deputies did not see the second complaint and only learned of it from Cammack's invoice.

Moore said she personally reviewed Paul’s claims only after the allegations by Paxton’s staff became public. She characterized both requests for investigations as “extremely unusual.”

Moore declined to comment on whether her office is investigating anyone involved.

On Wednesday, Deputy First Assistant Attorney General Ryan Bangert resigned from Paxton’s office. With his departure, all seven of the lawyers who accused Paxton of crimes have resigned, been put on leave or fired.